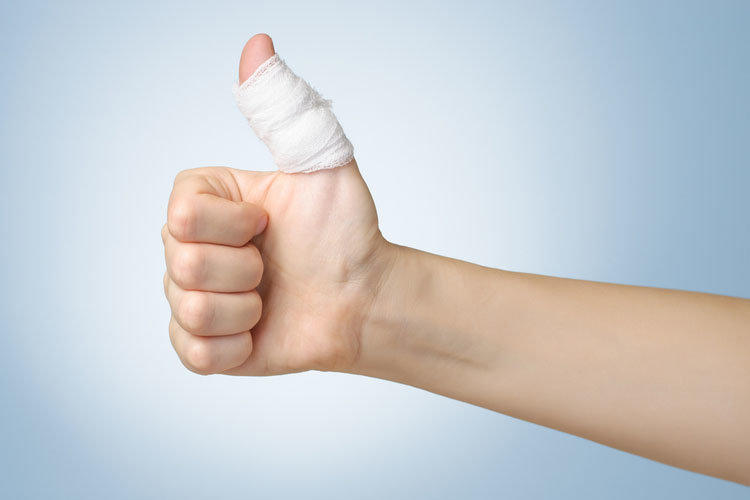 Levomekol ointment is known since the 1970s, when it was developed in the pharmaceutical institute of the city of Kharkov. For half a century this drug, due to its simplicity and effectiveness, has earned the title of one of the main assistants in surgery.

Visually, Levomekol ointment is a homogeneous thick substance of white or slightly yellowish tint. In the international classification of drugs, this ointment is present under the name “Chloramphenicol + Methyluracil”. These two substances are the main active components of Levomekol.

Chloramphenicol is an antibacterial drug with a wide range of effects. It is used not only in medicine, but also in veterinary medicine. Chloramphenicol is active against many gram-positive and gram-negative microorganisms, including causative agents of dysentery, typhoid fever and a number of other pathologies.
Methyluracil is a substance capable of activating the process of tissue trophism (a combination of cellular nutrition processes) and stimulate their regeneration. In addition to these components, the following substances are included in the composition of Levomekol:

Thanks to them, chloramphenicol and methyluracin are evenly distributed throughout the whole mass of the preparation, as well as the easy distribution of the ointment over the affected area and penetration of the constituent components of Levomekol into the tissue.

The effect of the ointment is due to the characteristics of its active ingredients. Levomekol is used at sites of tissue damage of any genesis, where it counteracts pathogenic microorganisms and contributes to the speedy recovery of tissues. The antibiotic chloramphenicol is able to penetrate deep into the tissue, while not disturbing the cell membrane, thereby achieving a high rate of manifestation of the effectiveness of the drug after its application.

In addition to antibacterial and regenerating effects, Levomekol ointment also has anti-inflammatory and dehydration effects. The latter is achieved by polyethylene oxides, which are auxiliary components of the ointment.

As already noted, Levomekol ointment is the most widely used in surgery. And to be more precise, then with any problems associated with tissue damage. These include:

In addition, the drug is used in dentistry, gynecology, otolaryngology, which we will discuss in more detail.

Indications for use of Levomekol in dentistry

The ointment is widely used as a reducing therapeutic drug after the removal or implantation of teeth. Its use removes pain, reduces swelling and prevents the development of the inflammatory process.
In addition, indications for the use of Levomekol in dentistry are:

Indications for use of Levomekol in gynecology

In gynecology, the drug is most often used in the postpartum period as a remedy for wound healing, anti-inflammatory and antibacterial effects. A similar effect of the ointment is also in demand after gynecological surgery, so Levomekol is also in demand and effective here.

Indications for use of Levomekol in otolaryngology

The main indication for the use of ointments in this branch of medicine is rhinitis and antritis of bacterial origin. Therefore, in case of a cold and a cold, only a doctor should prescribe the drug, since it is possible to determine the origin of these problems only by the results of laboratory tests.
At the same time, the effectiveness of the ointment in combating bacterial rhinitis and antritis is very high, and for this purpose Levomekol is used quite often.

The method of application of ointment Levomekol depends on the nature of tissue damage. Basically, there are three options for using the drug:

For any method of using Levomekol, it is applied to the site of tissue damage twice a day until the wound is completely repaired. Changed this schedule may be a doctor who sees the need for more frequent use of the drug.

Use of Levomekol during pregnancy and lactation

Ointment Levomekol practically has no contraindications to use, since the absorption into the blood of its active ingredients and their resorptive effect is possible only with prolonged use or extensive damage.

Therefore, for the majority of light and medium tissue damage, Levomekol can be used by pregnant women during breastfeeding. Also, the use of ointment is not contraindicated even for newborns, in whom the drug is most often used to improve the umbilical wound healing process.

At the same time, the need for long-term use of Levomekol or large wounds requires consultation with a doctor, who will determine the possibility of using the drug during periods of pregnancy and lactation. In this case, one should be guided by the principle of comparing the expected effect and the likely harm. Quite often, instead of Levomekol, in such cases other reducing and wound-healing preparations for topical use are used.

Levomekol is a low-reactive drug, therefore the only contraindication to its use is individual patient intolerance to the active and auxiliary components of the ointment.

We also mentioned the precautions when using Levomekol during pregnancy and breastfeeding. In addition, ointment is not recommended for use for the treatment of psoriasis and lesions of fungal infections.

Maloreactogenic components of the ointment Levomekol causes the almost complete absence of side effects when using it. Allergic reactions from individual intolerance to the components of the drug are cut off at the stage of contraindications, and besides them, side effects very rarely appear as redness at the site of application, itching and urticaria. All of them are reactions to chloramphenicol exposure. However, these side effects are not, in most cases, the reason for stopping the use of Levomekol and only require observation by a doctor who, if necessary, will adjust the treatment tactics.

Here’s a table of medications similar in action to Levomekol:

Mexidol: instructions for use and analogues