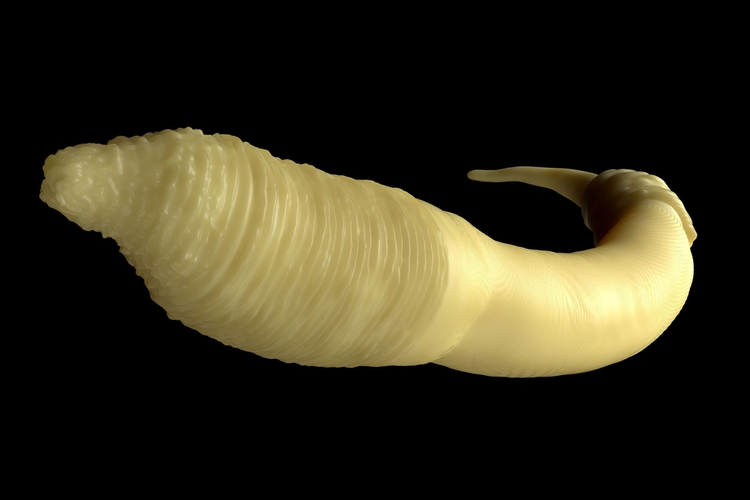 The nematode Caenorhabditis elegans, often used in biological research as a model organism, has a simple structure, but at the same time a number of genetic similarities with larger and more complex organisms, including humans. Therefore, the results of experiments involving this tiny worm can also be of significance to humanity.

Researchers at the Washington State College of Medicine at the University of Washington made one of these discoveries. They were the first to find that the cuticle (outer skin barrier) of the tiny worm controls the nervous system, causing it to change in response to the invasion of bacteria

“Our study casts doubt on the traditional notion that this physical barrier, whether it’s a worm’s cuticle or human skin, doesn’t respond to infections, but is part of the body’s innate defense against pathogens,” says Jingrei Sun, lead author of the work. “We show that the nematode can change its configuration during infection, and that it is controlled by the nervous system.”

Sun and her colleagues used gene technology to show that the NPR-8 receptor, bound to the neuronal G-protein, negatively regulates Caenorhabditis elegans’ defense against pathogenic infection by inhibiting the expression of cuticular collagen, a protein that is a key structural component of the nematode cuticle.

Nematodes whose NPR-8 receptor has been removed have survived longer when exposed to pathogens that cause pneumonia, salmonella, and staph infections. The cuticle of nematodes without the NPR-8 receptor remained relatively smooth compared to their wild peers, in which the cuticle shriveled in response to the same pathogens.

“For nematodes, it’s important to maintain a healthy cuticle, which acts as the first line of defense against external attacks,” said Darey Cellogounder, lead author and researcher at Sun’s Lab. “Many pathogens produce proteins that try to break down this barrier and infect the body with an infection. Our results show that the nervous system detects these attacks and responds by remodeling or enhancing this external protective structure. ”

Scientists believe that in mammals, collagen play a similar role. It’s already known that collagen loss can create more problems in people than just plain ugly wrinkles. While nematodes have only one “extracellular matrix,” the cuticle, people have an extracellular matrix in each organ, and if this matrix is ​​too rigid or too loose, this creates a dangerous health situation.

Researchers suggest that neural regulation of collagen may also play a role in overall life expectancy. The next goal of scientists is to identify the main mechanisms of the protective response of human skin.

The main reason for antibiotic resistance has been found within humans