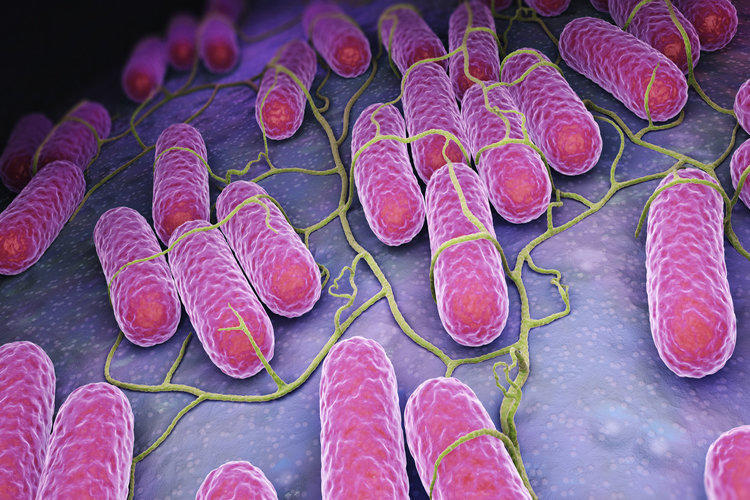 Amoxiclav – a popular drug from the category of antibiotics. He is often appointed by therapists and pediatricians in the treatment of chronic infectious diseases. What are the medical features of Amoxiclav, what are its contraindications, and how to apply it correctly?

Description of the drug

Amoxiclav consists of two main components. First of all, it is semi-synthetic penicillin – amoxicillin, as well as clavulanic acid. Each component has its own function. Amoxicillin is among the antibiotics, but clavulanic acid does not have a noticeable antibacterial effect. What, then, is its purpose?

As you know, penicillins is one of the first antibiotics obtained in the middle of the last century. During their use, they have shown their high efficiency. But at the same time, many bacteria managed to develop resistance to them. How does the protection of bacteria against antibiotics work?

Amoxicillin acts on the cell wall of bacteria by binding one of the enzymes that make up it. As a result, the cell wall loses its strength, is destroyed and the bacterium dies. However, many types of bacteria began to produce special substances – beta-lactamase, which block the action of antibiotics. Thus, amoxicillin was not dangerous for most bacteria.

Clavulanic acid is designed specifically to combat beta-lactamases. By binding to amoxicillin, it makes the antibiotic immune to beta-lactamase. This effect is manifested in relation to most types of beta-lactamase produced by bacteria.

The main types of bacteria that are sensitive to Amoxiclav:

Components of Amoksiklava are well absorbed into the blood and evenly distributed in the main tissues and body fluids, which provides a universal therapeutic effect of the drug. At the same time, the components do not penetrate the blood-brain barrier. However, the substances that make up Amoxiclav can pass through the placental barrier during pregnancy and in small quantities enter breast milk in lactating women. Amoxicillin is poorly metabolized and excreted almost unchanged through the kidneys. In contrast, clavulanic acid is converted into metabolites, which are excreted in the urine. The period of elimination of half of the components in healthy kidneys is 1-1.5 hours. The drug can also be removed from the body using hemodialysis.

Amoxiclav is produced mainly in tablet form. There are two types of this form. The main ones are film-coated tablets intended for swallowing and dissolving in the intestine. There are also instant pills that are absorbed in the mouth. You can also purchase the drug in the form of a suspension (powder that requires dilution), and in vials containing powder, from which you can prepare a solution for intravenous administration.

Amoxiclav tablets may have the following dosage:

Powder for the preparation of Amoxiclav solution for intravenous administration has a dosage of 500 and 1000 mg (amoxicillin), 100 and 200 mg (clavulanic acid). Variants of powder dosage for the preparation of Amoksiklava suspension – 125, 250 and 500 mg (amoxicillin). The medicine in the form of a suspension is recommended for the treatment of children under 12 years old, although its use is not excluded by adults. It also produces instant tablets Amoxiclav Quiktab with a dosage of 875 mg +125 mg.

The scope of application of amoxicillin and clavulanic acid includes the treatment of various infectious diseases, the causative agents of which are bacteria. But most often this combination is prescribed for the treatment of acute respiratory diseases. Amoxiclav reduces the severity of symptoms of the disease and shortens its duration.

For which infections the drug is prescribed:

Bacterial diseases of the respiratory organs, in which the drug can be prescribed:

Bacterial infections of the urinary organs and genitals in which the drug can be used:

It is also recommended to prescribe a drug for the prevention and treatment of infections associated with teeth and gums. The drug is also prescribed for the treatment of wounds, bites, phlegmon.

The drug has some contraindications. Amoxiclav can be treated in children, including infants. For infants, you can use the suspension and solution for intravenous administration. Can use the drug and pregnant women (under the supervision of a physician). The main contraindication for taking Amoxiclav is an intolerance to drugs of the penicillin group, as well as cephalosporins and other beta-lactam antibiotics. Also, do not take Amoxiclav to persons suffering from severe forms of liver failure, infectious mononucleosis and lymphocytic leukemia, those who have previously taken amoxicillin led to the development of cholestatic jaundice.

The drug is also dependent on the patient’s kidney condition. People with renal insufficiency (with creatinine clearance below normal) should be given lower doses of Amoxiclav compared to normal ones.

Children under 12 years of age are not prescribed Amoxiclav tablets. For them, it is preferable to use a suspension. Be wary appoint Amoxiclav during pregnancy. Its use is possible in cases where the potential benefit to the mother is higher than the harm that can be done to the developing fetus. When lactation drug can also be used. However, if it becomes necessary to use Amoxiclav when breastfeeding, it is recommended to consult a doctor beforehand.

The drug is well tolerated, and side effects when taking Amoksiklava appear infrequently. The most common side effects associated with the gastrointestinal tract. Like any antibiotic, Amoxiclav destroys not only disease-causing organisms, but also the normal intestinal microflora.

Therefore, with a long course of treatment with Amoxiclav, phenomena associated with dysbiosis are possible – dyspepsia, nausea, diarrhea, abdominal pain.

After the end of the course of treatment with Amoxiclav, to restore the intestinal microflora you should take probiotic preparations – Bifidumbacterin, Linex and others.

On the skin, mucous membranes and in the mouth can develop candidiasis – the defeat of fungi of the genus Candida. Side effects associated with dysbiosis are most common when taking Amoxiclav. Also, while taking Amoxiclav, many women may have candidal colpitis (thrush).

Another group of side effects of Amoxiclav is allergic reactions. They can manifest, for example, in the form of a skin rash, urticaria, dermatitis. In this case, it is recommended to stop taking the drug and consult with your doctor. Very rarely, due to taking Amoxiclav, angioedema, anaphylactic shock.

When you use Amoxiclav can appear and side effects associated with impaired liver function – cholestatic jaundice and hepatitis. These phenomena were most often observed in elderly people and men, especially during a long course of treatment.

There may also be other side effects, such as headaches, dizziness, insomnia, changes in the blood (leukopenia, neutropenia, thrombocytopenia, agranulocytosis), anemia, changes in the urine (crystalluria, the appearance of blood), pseudomembranous colitis .

The dosage of Amoxiclav can depend on many factors – the type of disease, its severity, the age of the patient, the functionality of his kidneys, etc. Therefore, an infectious diseases doctor or therapist should prescribe the exact dosage. Too low a dose of Amoxiclav can lead to the fact that bacteria are resistant to it and will be able to develop resistance, and too high entails the risk of side effects.

Children dose prescribed on the basis of their weight. It should be remembered that for children it is preferable to use the suspension, rather than tablets. For infections that occur in mild and moderate forms, it is recommended to use a dosage of 20 mg / kg of body weight, for severe infections it should be doubled. Amoksiklava packaging is equipped with special instructions to calculate the dose for children in various cases.

There are two options for dosing the powder for suspension. In one case, 5 ml of powder contains a dose of amoxicillin 125 mg and 31.5 clavulanic acid, and in the other case, 5 ml contains 250 mg of the first substance and 62.5 – the second.

Maximum daily doses of clavulanic acid and amoxicillin recommended for children and adults:

With insufficient kidney function, the dosage should be adjusted. With reduced creatinine clearance (10-30 ml / min), the maximum dose of Amoxiclav is one tablet 500 + 125 mg twice a day after 12 hours, with clearance less than 10 ml – this tablet can be taken no more than once every 24 hours.

The absorption of active substances into the blood takes place regardless of the meal, so Amoxiclav can be taken before, after, and during the meal, from which its effectiveness will not decrease. However, doctors still recommend taking pills at the beginning of a meal. This will reduce the likelihood of unpleasant side effects associated with the gastrointestinal tract.

Children over 12 years old and having a body weight of more than 40 kg take an adult dose of suspension or tablets. For those with kidney dysfunction associated with a decrease in creatinine clearance, dose adjustment is necessary.

The duration of treatment is 5-14 days. Exceeding this period requires special instructions of the attending physician. In case of drug treatment failure, it is necessary to pick up its replacement. If Amoxiclav was appointed, and the improvement occurred before the course was completed, it should still be completed to avoid relapses.

Analogs of the drug

Interaction with other substances and drugs

The efficacy of Amoxiclav usually increases when taken with other bactericidal antibiotics. However, macrolides, tetracyclines, sulfonamides and other bacteriostatic antibiotics reduce the effectiveness of the drug. Therefore, it is necessary to avoid the simultaneous administration of the drug and bacteriostatic agents. It should also be remembered that the simultaneous intake of Amoxiclav with hormonal contraceptives weakens the effect of the latter.

Prohibited the simultaneous intake of alcohol and Amoxiclav, as this may have a negative effect on the liver and reduce the effect of the drug.

When taking a suspension or tablets in combination with oral anticoagulants, caution should be exercised, since the drug can increase prothrombin time.