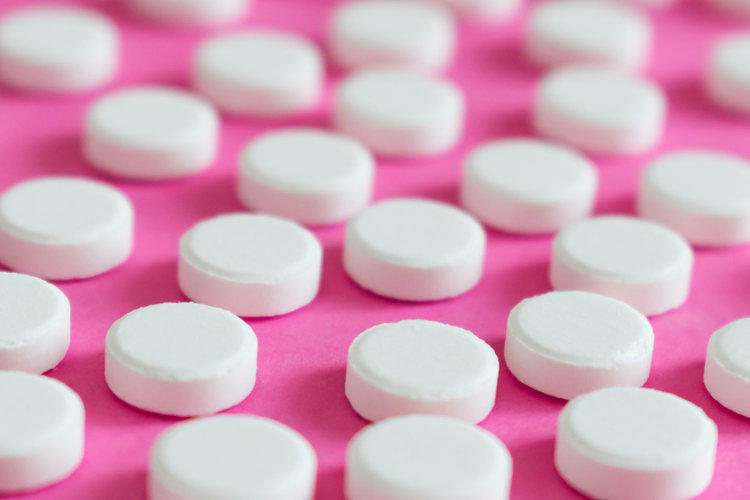 De-Nol belongs to the group of gastroprotective drugs, drugs for the gastrointestinal tract with antiseptic and astringent effects. Antibacterial activity is complemented by anti-ulcer and anti-inflammatory effects in the cavity of the stomach. Indications for use De-Nol, dosage, frequency of administration and duration of courses of therapy are determined by the attending physician according to the instructions for use.

What diseases are prescribed De-Nol

The use of De-Nol is justified in the following diseases and pathological processes of the organs of the gastrointestinal tract:

De-Nol is produced in dosage form in the form of round, biconvex, light cream coated tablets. To protect against counterfeit, each tablet has a graphical two-sided embossing “gbr 152” and a graphic pattern: a square with smooth corners and gaps in the lines of the sides. A slight ammonia odor is allowed.
De-Nol tablets are packaged in blisters of 8 pcs. In the carton of the drug 7 or 14 blisters.

The composition of the drug

The active ingredient of De-Nol refers to bismuth preparations: each tablet contains 304.6 mg tri-potassium bismuth decite, which corresponds to 120 mg bismuth oxide. Among the auxiliary formative substances are corn starch, magnesium stearate, potassium polyacrylate, hypromellose and others in insignificant amounts.

De-Nol is not prescribed for certain diseases, pathologies (with marked impaired renal function of various etiologies), allergic reactions and individual intolerance to the components of the preparation, as well as for physiological conditions that are not diseases (pregnancy, lactation) due to the likely effect on the fetus and the possibility of penetration of the active substance in breast milk. Considering the effect of bismuth as a heavy metal salt on the central nervous system, when de-Nol needs to be taken during lactation for the period of therapy, breastfeeding should be stopped.

De-Nol is not prescribed if there are data or other diseases containing other bismuth preparations in the current or recent course of therapy. Contraindications to the treatment of this drug is a child’s age (up to 14 years). In rare cases, it is possible to use from 4 years under a special scheme with an individual calculation of the daily dose of the drug. As a rule, De-Nol at an early age is used as an element of complex treatment for anti-helicobacter therapy according to the “classic triple” scheme in combination with two antibiotics.

Among the most common side effects of taking the drug De-Nol are reactions from the organs of the digestive system and the gastrointestinal tract: nausea, dyspeptic symptoms (constipation, flatulence, increased defecation, less diarrhea), decreased appetite, metallic taste in the mouth, vomiting. It is also possible darkening of the integument of the tongue, changing the color of feces to dark brown, black. These effects mostly accompany the period of adaptation of the organism to the drug, pass on their own and do not require interruption of the course of treatment.

Allergic reactions in the absolute majority of cases noted are expressed by itchy skin and rashes (“urticaria”) on the skin. The decision on whether to continue therapy or its termination is made by the attending physician. In extremely rare cases, anaphylactic shock was observed as a reaction to De-Nol.
Long-term treatment with high dosages is dangerous by the development of the following conditions: nephropathy, gingivitis, arthralgia, pseudomembranous colitis, and encephalopathy due to the ability of bismuth preparations to accumulate in the central nervous system. Such courses are conducted only by appointment and under the supervision of a specialist. According to the instructions for use, De-Nol is applied continuously for no more than 2 months in any therapy regimen precisely because of the accumulation effect in the tissues of the central nervous system.
All the side effects accompanying the drug intake, while observing the prescriptions, are encountered with a rather low frequency and go away on their own when the course of treatment is stopped.

With a long reception, which caused the accumulation of bismuth in the tissues of the central nervous system, cancel the treatment. Symptomatic therapy is indicated. In acute poisoning caused by taking a dose that is 10 or more times higher than the average for an adult, the symptoms manifest themselves in impaired renal filtration function (renal failure).

Diagnostics is carried out on the basis of anamnesis, laboratory blood analysis shows the excess of the reference indicators of the amount of bismuth in the blood.
Therapy for acute poisoning is non-specific, there is no antidote to bismuth preparations. Showing gastric lavage, saline laxatives, adsorbents, supportive treatment to restore renal function, in severe cases – hemodialysis.

De-Nol: compatibility with other medicines and food

De-Nol is taken separately from food, liquids and other medicines, especially the antacid action. Recommended temporary pauses: 30 minutes before and 30 minutes after taking the drug.

It is forbidden to drink de-Nol with milk, liquid dairy products, fruit, vegetable juices, etc., because of the effect on the effectiveness of the drug. Wash down the pill should be non-carbonated water.

The general course of therapy should not contain other medicines with bismuth preparations due to the high total bismuth content, which can significantly increase the risk of side effects from both the gastrointestinal tract and the central nervous system.

De-Nol: how to apply medicine correctly?

De-Nol is prescribed as part of a complex therapy for diseases of the digestive tract in adults and children over 14 years old. The duration of the course of treatment, the dosage, the frequency of administration are determined by a specialist on the basis of history, diagnosis, stage of the disease and individual characteristics of the patient for each specific case.
The average daily dose of De-Nol – 4 tablets per day. Depending on the prescription of the attending physician, the dose is divided into 2 or 4 doses with conditionally equal time intervals.
In the standard regimen of therapy with a three-time food intake mode, it is recommended to take 1 dose of the drug (1 tablet) half an hour before breakfast, lunch and dinner, and the last dose for the night. An alternative treatment regimen, preferred in some diseases and pathologies, is based on a double dose of 2 tablets before breakfast and dinner, in compliance with the 12-hour time interval.
De-Nol is taken orally, swallowing the pill whole. Grinding, cracking, chewing the dosage form is not allowed. When taking it is necessary to ensure the simultaneous flow of a sufficient amount of fluid into the stomach, preferably – clean water. The simultaneous intake of milk, fruit, vegetable juices and nectars is strictly prohibited.
The duration of therapy depends on the diagnosis, the stage of the disease and the therapeutic effect of the drug for the patient. The course of treatment can be 30-60 days continuously, but not longer than 2 months.
At the end of the reception, you must remember that the next course of therapy, including De-Nol or other bismuth-containing drugs, can be started no earlier than 2 months after the previous one because of the danger of increased bismuth accumulation in the tissues of the central nervous system.

De-Nol is an over-the-counter medicine and is freely available at pharmacies. The rules for storage of the drug include the ambient temperature (room temperature, close to 20 ° C with slight fluctuations), the absence of high humidity and exposure to direct sunlight. If these storage conditions and the integrity of the package are observed, the guaranteed shelf life of De-Nol is 4 years.