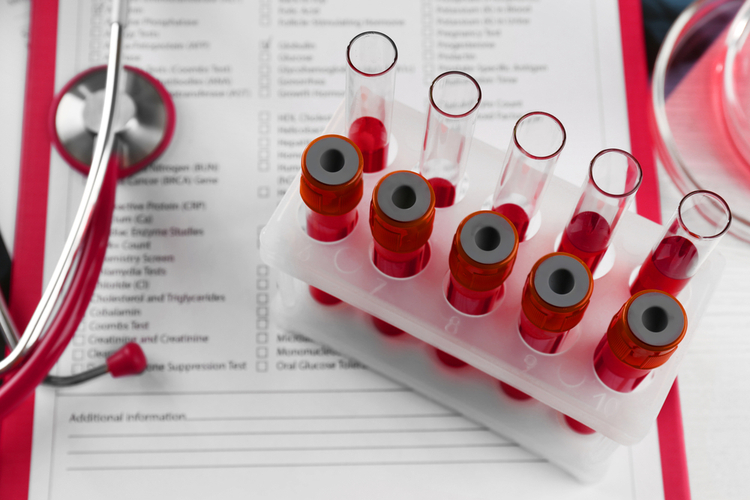 More than eight million people die of cancer every year in the world. This is 13 percent of the total number of deaths on the planet. Oncologists claim that the greatest danger of cancer lies not even in themselves, but in late diagnosis.

Often oncological processes in the body proceed secretly, without external manifestations, and the patient does not suspect anything until the moment the disease goes into a late stage. At this stage, treatment is already ineffective, which explains the high mortality from this group of pathologies.

Early diagnosis of cancer is the main task of modern medicine. Therefore, it is very important to carefully consider indirect signs that may indicate the development of oncology.

Is it possible to determine oncology by a blood test?

Two blood tests are quite common in medicine: general or clinical and biochemical. They are considered basic.

Results of these analyzes are nonspecific. Deviations from the norms do not indicate a specific disease. They show that pathological changes occur in the body that require additional examination to establish a diagnosis.

The same applies to cancer. General and biochemical blood tests can not indicate the development of cancer pathology. But they may give rise to a more in-depth study on the topic of determining cancer markers.

Indicators of a clinical blood test for oncology

A clinical blood test allows you to conduct a study on six indicators. Each of them, in the event of a deviation from the norm, indicates certain malfunctions in the functioning of life systems.

Let’s take a look on the indicators of a general blood test, which may go beyond the standards for cancer, in more detail.

Hemoglobin is a complex protein that binds to oxygen and transports it to tissues. In the blood, hemoglobin is an integral part of red blood cells. Normal hemoglobin in adults is as follows:

With oncological pathologies, the level of hemoglobin in the blood decreases.

Anemia or low hemoglobin levels are observed in tumors of the internal organs with a concomitant lesion of the hematopoietic system. The main causes of anemia in oncology are four:

White blood cells are white blood cells that are normally present in the blood at a concentration of 4-9 * 109 / L. These particles perform a protective function of the body from foreign antigens.
With oncological diseases, the level of leukocytes can increase or decrease.

Increased white blood cells are observed with leukemia and cancer of any location. But leukocytosis is a non-specific indicator. There are many factors for its development and oncology is just one of them.

The cause of a decreased level of leukocytes (leukopenia) among oncological diseases can be:

It is believed that it is the leukocyte count that is the main tumor marker in the general blood test. In case of serious deviations from the norm, a more in-depth examination is necessary.

ESR is an indicator that shows the erythrocyte sedimentation rate under the influence of gravity. Normally, the ESR indicator is:

A cause for concern is the excess of ESR by three to five times. On the part of oncological problems, it can indicate malignant tumors with localization in any organ, as well as blood oncology.

Platelets are nuclear-free blood cells that are responsible for two important functions:

Platelet rates depend on the age and gender of the person:

Thrombocytopenia (a decrease in platelet count below 100,000 U / L) is typical for leukemia, and thrombocytosis (an increase in adults over 400,000 U / L) for cancer pathologies of any localization.

Indicators of a biochemical blood test for oncology

Signals for an in-depth examination for oncology in a biochemical blood test are the excess of the following indicators:

What can be shown by going beyond the norm of each indicator, we consider in the table:

Going beyond the norm, not one of these indicators allows you to diagnose cancer. This may be a sign of many problems not related to oncology. But this is an occasion to conduct an in-depth study to find the cause of a poor biochemical blood test.

Can there be good indicators of a general or biochemical blood test for cancer?

Clinical and biochemical blood tests are not important in the diagnosis of cancer. They can show problems in the body, but they do not specifically indicate cancer.

Can oncology all indicators of these tests be normal? Rarely, but they can. Leukocytosis, increased ESR and anemia, cancer problems are almost always manifested. But cancer requires a deeper diagnosis. To diagnose or ascertain the absence of problems of this orientation solely on the general analysis of blood, no doctor can.

Oncological problems require a comprehensive assessment of all the symptoms and manifestations of a doctor specializing in cancer.

An analysis that allows you to make an objective picture of the presence of cancer problems is a blood test for tumor markers. This term refers to antigens that are produced by cancer cells. They are present in the body of every person, but with cancer their concentration increases many times.

Analysis is taken over several times to see the dynamics. But even the presence of blood tumor markers in high concentration is not a reason to make a diagnosis on your own. There are several third-party factors that can trigger an increase in their number:

The oncologist must decrypt the blood test for tumor markers, who can expertly compile a picture of the patient’s tests and history and make the correct diagnosis or prescribe additional examinations.

What to do if your ear is laid?