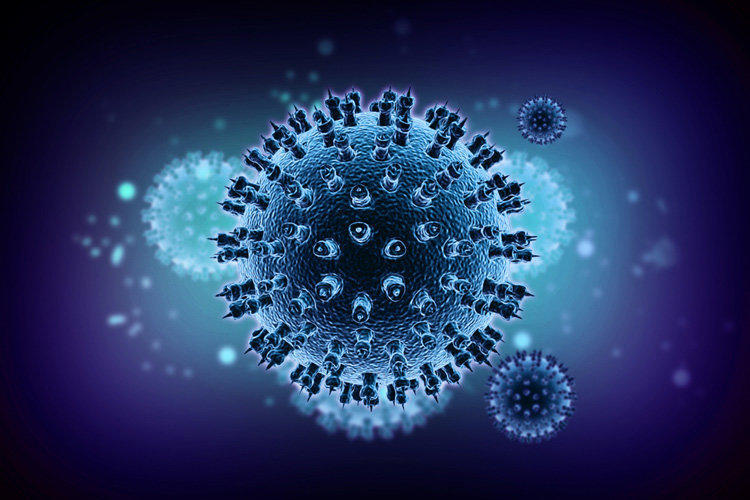 Acyclovir – a modern drug for the treatment of herpes, as well as some other viral diseases. Acyclovir has a direct antiviral effect, which means that it acts directly on the viruses themselves, preventing them from multiplying.

The mechanism of the antiviral effect of the drug is that the active substance contained in the preparation penetrates the virus-infected cells. Once in the cells, the virus begins to multiply in them, using nucleotides present in the cell to synthesize the viral genome.

The structure of acyclovir is similar to the structure of guanine present in the cells. Viral enzymes modify acyclovir to acyclovir triphosphate, which is structurally similar to deoxyguanosine triphosphate, normally included in the sequence of viral DNA. The “unsuspecting” viral enzyme embeds a Trojan horse into its own DNA chain. And in vain, since acyclovir triphosphate makes it impossible to replicate the virus. This stops its reproduction and greatly facilitates the body’s immune forces fight against viral particles.

It should be noted that the active substance of the drug does not affect the genetic apparatus of the cell itself and does not contribute to the emergence of mutations. This can be argued from the results of numerous tests on animals, and on the practice of using the drug in humans. Therefore, in this regard, the drug is completely safe.

The described method of combating viruses at one time was a novelty in the world of medicine, and the developers of the drug were awarded the Nobel Prize. And still Acyclovir remains the most effective remedy for herpes viruses, despite the emergence of new antiviral drugs.

What viruses protects the drug from? Unfortunately, the scope of the drug is limited only to a certain class of viruses, namely, the herpesvirus family. These include herpes simplex viruses type 1 and 2, varicella zoster virus (Varicella Zoster), a cytomegalovirus that causes a cytomegalovirus infection, and Epstein-Barr virus that causes some tumors and blood diseases. Therefore, one should not listen to the opinion of those who offer treatment with Acyclovir for any viral infections, such as influenza and even AIDS.

The effect of the drug on different viruses of the family varies. The strongest is against herpes simplex viruses, a little weaker effect on the varicella-zoster virus and even worse on the cytomegalovirus and Epstein-Barr virus.

First of all, the drug treats diseases caused by the herpes simplex virus. This is herpes that occurs on the face, especially near the lips, and on the mucous membranes, including the mucous membranes of the eyes, as well as in the anus and genitals.

Diseases caused by the Varicella zoster virus include chicken pox and shingles. Diseases caused by cytomegalovirus and Epstein-Barr virus are also treatable with the drug. However, their therapy requires larger doses than herpes simplex therapy.

Herpes is one of the most common infectious diseases. Its main symptoms are rashes in the lips, face and eyes. Sometimes rashes appear in the genital area. As a rule, the rash is very itchy and cause pain.

As the statistics show, more than 90% of the population of the Earth is infected with the herpes simplex virus. However, the manifestation of herpes is not observed at all. What is the reason? The fact is that immunity in healthy people usually inhibits the spread of the virus. However, in some cases, the immunity may be weakened, and then we meet with manifestations of herpes.

What can reduce herpes immunity:

If these causes lead to the activation of the virus, then antiviral therapy is prescribed with the help of the drug.

Often there are cases when the drug is used for other purposes, for example, for the treatment of boils, acne, other rashes and dermatitis, not associated with herpes viruses. Needless to say, there will be no benefit to the body. Therefore, before you begin treatment, you should clarify the diagnosis of herpes or shingles, with a specialist. It should also be remembered that the use of antibiotics for herpes is also meaningless.

Description of the drug

The drug is available in various dosage forms:

It may be asked which dosage form is optimal for use? This must be decided by the attending physician. However, it should be noted that if it is a rash on the skin, it is best to use a cream or ointment, from which the active substance enters the breeding sites of the virus directly. If you use Acyclovir tablets, then due to the low bioavailability of the drug in the blood gets only a small amount. This means that the effectiveness of the tool will be lower.

Acyclovir – although inexpensive, but quite a serious drug. Therefore, Acyclovir tablets are sold in pharmacies only by prescription. The only exceptions are creams and ointments.

The drug has several analogues. The most famous of them is Zovirax. In fact, it is a drug that has the same composition.

The drug has some side effects. There may be allergic reactions to the components of the drug, headache, dizziness, gastrointestinal disorders – nausea, diarrhea, vomiting.

In no case can not combine the drug intake with alcohol. The fact is that the drug is metabolized in the liver with the help of the same enzymes as alcohol. Therefore, if you take Acyclovir and alcohol at the same time, it will cause both substances to accumulate in the blood and, as a result, to poisoning.

Acyclovir has several contraindications. First of all, the drug penetrates the placental and blood-brain barriers, passes into breast milk. Therefore, it is not recommended for use during pregnancy. When prescribing the drug to pregnant and lactating mothers, the doctor must weigh the pros and cons. It is also not recommended to give tablets to children under 3 years of age.

Instructions for use and dosage

Typically, Acyclovir 200 mg in tablet form must be taken with herpes simplex 5 times a day. Between receptions a break of 4 hours should be observed (at night – 8 hours). With chickenpox and shingles, the dose is increased 4 times – up to 800 mg.

Children are prescribed a drug based on their weight – 20 mg / kg each. In this case, the drug is taken 4 times a day for 5 days.

The usual course of treatment is 5 days, with genital herpes, the period is increased to 10 days. Prevention of herpes is carried out by taking 400 mg of the drug every 12 hours.

The maximum permissible daily dose is 2 g. The absorption of a substance into the blood does not depend on food. Therefore, Acyclovir tablets can be taken before and after meals.

The body’s ability to remove the active substance from the blood is limited, so it is necessary to strictly observe the dosage in order not to be poisoned.

When using a cream or ointment, the medicine is spread with a thin layer on the affected area. It should be remembered that a thick layer of ointment will not increase the therapeutic effect, but only lead to the waste of the drug.