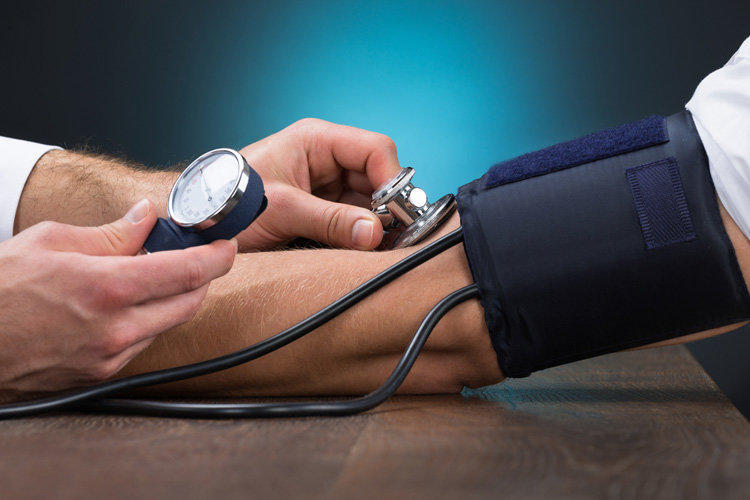 This indicator serves as a sign indicating the state of the body, and changes in pressure parameters provide information about possible diseases. Therefore, a person needs to be able to determine his pressure and be aware of what his blood pressure should be.

What is blood pressure?

As you know, blood in the body flows through the vessels – veins, capillaries, arteries. Blood pressure is the pressure produced by blood on the walls of blood vessels. It can be of several types:

Pressure is created in the large arteries as a result of the contractile activity of the heart. It is because of the arterial pressure in the vessels that blood flows, and the tissues receive nutrients and oxygen.

The pressure is determined by two parameters – the values ​​of systolic and diastolic pressure.

The difference between systolic and diastolic blood pressure is called pulse pressure.

What pressure can be considered normal?

This setting is not constant in different situations. Blood pressure can be affected by various circumstances. During physical exertion and stress, the pressure rises, at the moments of rest and sleep – decreases. The normal value is measured at rest.

Also, a person’s normal pressure does not remain constant throughout his life. The lowest pressure in humans is observed in childhood, and with age it tends to increase. During hormonal surges – during adolescence, during pregnancy, blood pressure may also change. The rate of pressure depends on the individual characteristics of the organism of individuals, but these variations are small.

Blood pressure norm and change of ideas about it

Ideas about what should be normal blood pressure at what age, have changed over time. If three decades ago it was believed that the norm of blood pressure has a linear dependence on age and should gradually increase, now doctors believe that there is a certain value above which pressure is considered dangerous at any age, even in old. Although no one rejects a certain connection between blood pressure and age. And in practice, it is not easy to find an elderly person who has normal pressure. Therefore, increased pressure, for example, 150/90 for the elderly, can only be called the norm conditionally.

High blood pressure, clearly related to the manifestations of pathology, is considered to be the value above 135/85. The magnitude of the pressure, greater 145/90, is a symptom of hypertension.

Abnormally low pressure, requiring the establishment of its causes and treatment, for adults is considered a pressure below 100/60. The optimal indicators of blood pressure for adults are in the range 110/65 – 120/75. A pulse pressure of more than 55 mm and less than 30 mm is also usually a sign of pathology.

It should be noted that parameters such as pressure and pulse do not have a direct relationship. A rapid pulse (tachycardia) may not always indicate hypertension, and a rare (bradycardia) indicates a reduced pressure. Moreover, sometimes with a decrease in blood pressure, the pulse can increase – due to the fact that the body will tend to compensate for the lack of blood circulation, and vice versa. In order to determine the pressure, it is necessary to measure it.

How is blood pressure measured?

In medical practice, blood pressure in the arteries of the arm is most often used. To date, special devices – tonometers are used to determine blood pressure. As a rule, they are inexpensive and accessible to the general public.

There are three main types of tonometers:

Also tonometers can be analog and digital. Most modern semi-automatic and automatic pressure gauges are digital. Manual tonometers are somewhat cheaper, but require certain skills to work with them, so they are not very suitable for the average person.

What is the principle of the tonometer? The procedure for measuring pressure looks like this. A cuff wraps around the shoulder, into which air is pumped. Then he gradually released. The Korotkov method is used to determine pressure values. It consists in fixing noise arising in the arteries at a time when the pressure changes. The cuff pressure, which coincides with the beginning of the noise, corresponds to the arterial systolic pressure, and the pressure, which coincides with the end of the noise, corresponds to the diastolic pressure.

In manual manometers, a stethoscope is used to determine the beginning and end of noise, the headphones of which are inserted into the measuring ears. The air is pumped into the cuff manually with a pear.

There are also tonometers that measure pressure on the wrist. They are smaller and more comfortable, but less accurate and not suitable for all patients (for example, elderly).

The pressure measurement results on digital tonometers are usually displayed in the form of three numbers, for example, 120 – 70 – 58. This means that the systolic pressure is 120 mm, the diastolic pressure is 70, and the pulse rate is 58 beats per minute.

Pressure using a pressure gauge is measured in a sitting position. Before measuring, it is necessary to sit at rest for several minutes. Also, before the procedure is not recommended to drink coffee, alcohol, exercise. The room should not be too warm or cold.

The middle of the shoulder, on which the cuff is applied, should be approximately at the same level as the chest. It is best to put your hand on the table. It is not recommended to put a cuff on the sleeve of clothes, move your hand during the measurement.

When using a semi-automatic or manual manometer, the pear must be pumped evenly, not too slowly and not too quickly. For automatic manometers of one measurement, as a rule, it is not enough, since automation can be mistaken and show an incorrect result. It is recommended to take three measurements on different hands and choose an average value. Between two measurements on one hand, you must pause for a few minutes so that the vessels return to their normal state.

Usually the pressure on the right arm is slightly higher due to the more developed muscles on it. But if this difference is significant – more than 10 mm, then this may indicate pathology.

Should take into account the so-called “white coat effect.” It is expressed in the fact that many people, especially nervous and suspicious, in a doctor’s office are under severe stress. In such a situation, the person increases the pressure when measured on an outpatient basis. Therefore, it is preferable to measure the pressure at home in a familiar and pleasant environment.

Elderly people and people suffering from cardiovascular diseases, hypertension, vegetative-vascular dystonia, diabetes, pressure should be measured twice a day – in the morning and evening. This makes it possible to avoid pressure-critical increases in health.

There are also devices that can measure pressure for a long time, for example, during the day. They are mounted on the patient’s body. The monitoring conducted with their help gives more complete information about the dynamics of pressure and how it changes depending on the time of day and the nature of human activity.

What is dangerously high and low blood pressure?

During physical exertion and stress, the pressure may increase for a while. This phenomenon is considered normal and is caused by the release into the blood of a vasoconstricting hormone – adrenaline. However, at rest, the pressure should return to normal. If this does not happen, then this is a reason to sound the alarm.

Constantly elevated pressure is the main symptom of hypertension. High pressure leads to decreased performance, fatigue, shortness of breath, pain in the heart, worsened sleep, an increased likelihood of bleeding. But the worst thing is that it significantly increases the risk of such serious diseases as heart attack and stroke.

Often can observe the opposite phenomenon – constantly reduced pressure (hypotension). This condition is not as dangerous as hypertension, but also does not bode well. When hypotension deteriorates the blood supply to the tissues, which may entail a weakening of immunity and other diseases, the risk of syncope and CNS disorders increases.

Pressure in children and adolescents is usually slightly lower than in adults, but at the age of 12, it is close to adult values.

If you find that the pressure in you or your child is constantly outside the limits specified for the age group (no matter whether it is systolic pressure, diastolic pressure, or both), then this is a reason for going to the doctor. It should also be borne in mind that some comorbidities, such as diabetes or ischemia, make even moderately high blood pressure dangerous.

Pressure may be higher than normal for various reasons:

How to recognize diabetes: alarming symptoms