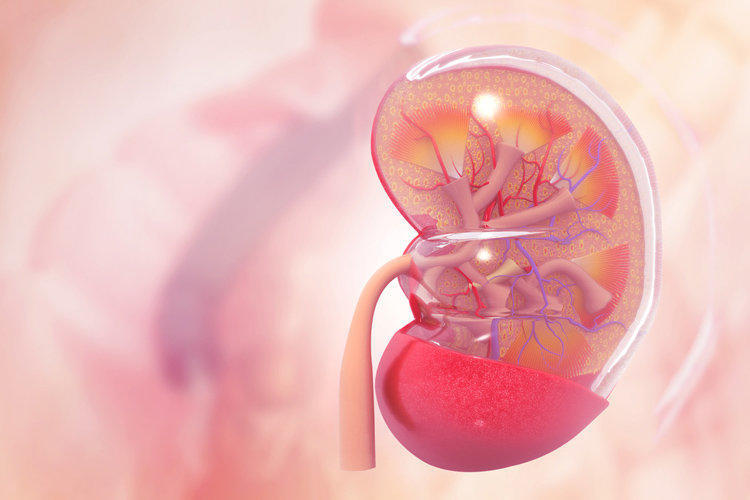 Many people suffering from infectious and inflammatory diseases of the urinary organs, such as Cystitis, nephritis and urethritis, have long discovered Canephron, a drug intended for the treatment of this kind of ailments. This tool contains only natural herbal ingredients, and it is distinguished by a relatively small number of contraindications and side effects compared with synthetic drugs. The drug is available in two dosage forms.

Description of the drug Canephron

Canephron has a long history of use. The drug was developed in the 1930s in Germany and since then is well-respected by patients. Canephron has been used successfully for almost a century, and this is the best evidence of its safety and effectiveness.

Canephron contains the components of three medicinal plants in the same proportion:

These representatives of the flora grow throughout Eurasia, and have been used in traditional medicine for centuries. The centaury is used as a laxative, to increase appetite, as an anthelmintic agent and a remedy for eczema. His abilities in the treatment of the bladder and kidneys are also well known.

Rosemary medicinal has a choleretic effect, it also contributes to the strengthening of heart contractions, relieves stress and nervous tension. Lovage has diuretic properties, stimulates appetite and relieves intestinal colic.

Each of these plants may have a specific effect on the body, but when put together as part of a single drug, they complement the other’s action. In rosemary and centaury, the upper part of the plant is used to prepare the drug, and in the lovage, the root is used.

The therapeutic effect of Canephron provides a unique complex of biologically active substances contained in herbal ingredients. These substances include:

Essential oils have dilated blood vessels of the kidneys and thereby increase blood circulation in the tissues of these organs. In addition, they have a diuretic effect, slow down the absorption of water and sodium salts. Increased water withdrawal from the body is not accompanied by loss of potassium, which does not change the water-salt balance. Rosmarinic acid and flavonoids contained in Canephron, have anti-inflammatory effect, promote relaxation of smooth muscles, thereby producing an antispasmodic effect. Phenol carboxylic acids increase osmotic pressure in the kidneys.

Canephron has the following medicinal properties:

The drug also reduces the amount of protein excreted in the urine, eliminates swelling.

For acute infectious diseases, the drug is recommended to be used in conjunction with antibacterial drugs. In the prevention of inflammatory diseases, medicine can be used as the only therapeutic agent.

Canephron is quite an effective drug, which is confirmed by the opinion of both doctors and patients. However, it refers to long-acting drugs that require long courses of administration, and therefore it cannot be expected that it will work the next day.

Cystitis is an inflammation of the bladder of an infectious or non-infectious nature. Regular intake of the drug during the course of treatment of cystitis normalizes urination, relieves pain and inflammation, helps to avoid recurrence of the disease. In chronic cystitis, you can use monotherapy with Kanefron, in acute forms of kidney and bladder disease, the drug is prescribed together with antibiotic therapy.

Urolithiasis is caused by a violation of the biochemical composition of urine, which leads to the formation in the kidneys or other parts of the urinary system of hard formations – uroliths or urinary stones.

With urolithiasis, the drug contributes to the rapid release of stones. The drug is also prescribed to patients for the prevention of urolithiasis, including to prevent the formation of new stones after uroliths have been removed by a surgical or ultrasound method.

Urethritis is a disease in which inflammation of the urethra occurs. Urethritis can be acute and chronic, infectious (including gonorrheal) and non-infectious. In urethritis, the drug has anesthetic and anti-inflammatory effect, normalizes urination.

Canephron is available in only two versions – alcohol solution and dragee. Sometimes the pills are incorrectly called pills, but in reality pills medication does not exist. The composition of 100 ml of the solution includes 0.6 g of extract of each plant component (rosemary, lovage, centaury). The composition of pills includes 18 mg of each component. Dragee also contains some excipients. In the solution, in addition to the active ingredients, there are also alcohol and water. The solution contains 16-19% alcohol.

There are two options for the volume of the solution – 50 and 100 ml, and the dragee is sold only in packs of 60 pieces. The drug may be marketed under the name Canephron and Canephron H, but it is the same drug in its composition. Canephron has no other structural analogues at the moment.

Reviews about the drug in patients are mostly positive. Many people point out its natural composition, high efficiency and no side effects as a means of dignity.

Which is better – dragee or solution?

From many points of view, solution is a better form, and here’s why. First, pills contain a number of excipients and for this reason the likelihood of side effects and intolerance of the drug when using this form increases. In addition, the solution can be drunk even for small children. And finally, importantly, the solution is a more economical form. Packaging pills and a bottle of solution are about the same, while packaging pills enough for the standard dosage (6 pieces per day) for just a week, and a bottle of solution can last for a month.

The drug is well tolerated and can be used for long-term therapy. In rare cases, allergic reactions and stomach upsets are possible. Contraindications for the drug also a little. It can be taken even by small children and women during pregnancy. However, in this case there are several limitations.

According to the instructions, Canephron is contraindicated in patients younger than 3 years. But in practice it is used at a younger age. However, for children under 5 years old, only the solution can be used. Since it contains alcohol, albeit in a small concentration, it is necessary to consult a doctor before children use it.

Also, a doctor’s consultation is necessary before the expectant mothers use the drug. The fact is that among the components of the drug, there are those that increase the muscle tone of the uterus. In addition, Canephron is not recommended for use in edema caused by heart failure, with acute peptic ulcer disease.

The solution can not be drunk for people suffering from alcoholism, or who have undergone treatment for alcoholism, as it contains a certain amount of ethanol. Persons suffering from liver disease should also be careful when taking the solution. In this case, it is recommended to consult a doctor.

Despite the presence of ethanol, when used in the doses indicated in the instructions, the solution does not affect the reaction rate. Therefore, patients taking the solution can drive vehicles and complex machinery.

The combined use of Cannephron with antibacterial drugs increases their effectiveness. There are no data regarding drug interactions with other medicines. The most common side effects are nausea, diarrhea , allergic skin reactions are possible.

In all groups, the drug should be taken three times a day. That is, for example, adults need to take 2 tablets 3 times a day.

Dragee should be swallowed without chewing. Drops of the solution must first be added to the water. When children take the solution, it can be diluted with juice or tea (to neutralize the bitter taste). Before use, the bottle with the solution must be shaken properly so that its components are mixed together.

During the course of taking the drug you need to drink more fluids, as this increases the effectiveness of the treatment. If you have urination problems or you have blood in your urine while taking the medicine, you should consult your urologist for advice.

If a patient has ambiguities on how to take Canephron, the instructions for use provided with the medicine package should clarify all problems.