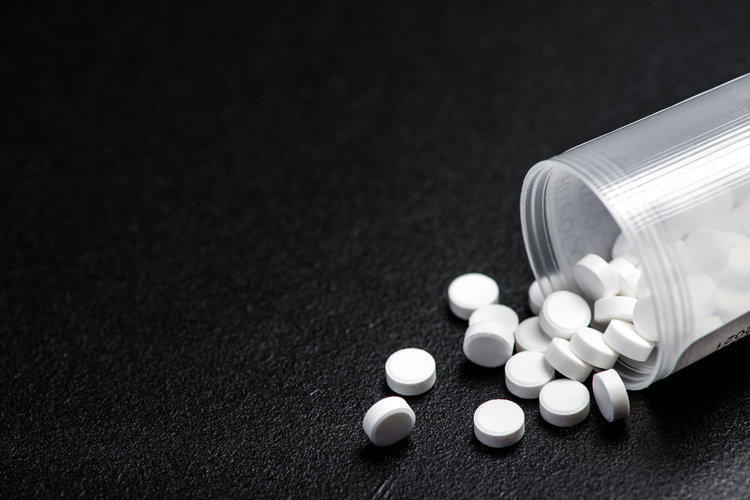 Pharmaceuticals has developed a lot of drugs used to treat bacterial infections. And one of the most famous and effective drugs of the antibiotic class is Amoxicillin. The drug is used in various diseases when it is necessary to eliminate the harmful microflora that causes them.

Description of the drug Amoxicillin

Amoxicillin was developed in the early 1970s. This is an antibacterial drug from the class of penicillins, belonging to semi-synthetic antibiotics. Amoxicillin is closest to ampicillin, but differs from it in the presence of a hydroxyl group. This makes the drug more bioavailable when administered orally (not intravenously). Amoxicillin is also more resistant to the action of gastric juice than ampicillin, which leads to its better absorption from the gastrointestinal tract and high bioavailability.

After taking this type of penicillin penetrates into all tissues and body fluids, which causes its high therapeutic effect. There is also a direct relationship between the dose and the concentration of a substance in the body, that is, increasing the dose twice and entailing an increase in the concentration of the substance twice. Amoxicillin is eliminated by the kidneys at 50-70%, only a small part of the drug is eliminated through the liver.

The drug belongs to antibacterial bactericidal agents. The principle of action of amoxicillin is based on the effect on certain enzymes that make up the bacterial cell walls. Without these enzymes, cell walls are destroyed and bacteria die.

Amoxicillin is active against various types of microorganisms, both gram-positive and gram-negative. However, its action is far from universal, since there are microorganisms that are resistant to the substance. In particular, these are bacteria capable of producing beta-lactamase, which neutralizes the antibiotic. Therefore, amoxicillin is often released in combination with clavulanic acid, which protects the active substance from the action of beta-lactamase.

However, the drug in its pure form is also used quite often, despite its narrower spectrum of action compared with the combination of amoxicillin and beta-lactamase. This is explained, on the one hand, by the lower price of the pure drug, and on the other hand, by fewer side effects.

Also for treating infections caused by Helicobakter pylori, a combination of amoxicillin and metronidazole is used.

Bacteria that are affected by amoxicillin:

Amoxicillin is used to treat bacterial infections of the following organs:

In particular, the doctor may prescribe an antibiotic for the following infectious diseases of the respiratory system:

Amoxicillin reduces the manifestations of acute respiratory diseases and shortens the period of time required for recovery.

Urogenital diseases for which amoxicillin can be administered:

Diseases of the gastrointestinal tract, in which amoxicillin is used:

For any infections of the skin and soft tissues, the doctor may prescribe amoxicillin:

Amoxicillin is also used in the treatment of the following ailments:

When combined with metronidazole, the drug can be used in the treatment of chronic gastritis and peptic ulcer. Both active components in this case are used to stop the multiplication of bacteria that cause these diseases. Amoxicillin is believed to inhibit the development of bacterial resistance to metronidazole.

Reviews of the drug in most positive. Patients note its high efficiency, reasonable price and a small amount of side effects.

Amoxicillin is sold only as tablets or capsules. There is no form for parenteral administration, since the drug enters the body from the gastrointestinal tract as effectively as with intravenous administration. Tablets and capsules of the drug usually have a dosage of 250 and 500 mg. Also granules for the preparation of suspensions for children are available. There are many analogues of amoxicillin present in the pharmacies produced by different European manufacturers. Structural analogues must contain amoxicillin in its composition. However, some of the drugs may have a different name.

Amoxicillin has a shelf life of three years. You can store it in a dark place at a temperature not higher than +25 ºС.

With the combined use of amoxicillin and clavulanic acid, severe liver disease is added to these contraindications.

Amoxicillin and metronidazole can not be used together in childhood. Although the minimum age at which amoxicillin can be used, according to the manufacturer’s recommendation, is 3 years, in practice, however, pediatricians also use the drug to treat younger children.

Suspension contains sucrose, it should be considered for people with diabetes.

It should be understood that amoxicillin, like any antibiotic, is intended to treat only bacterial infections, and in the case of viral infections – SARS, flu, herpes, its use will not only be meaningless, but often harmful.

Use of amoxicillin during pregnancy and lactation

Be wary of prescribing the drug during pregnancy. It can be used only in the second and third trimesters. Since amoxicillin penetrates into breast milk, taking it when breastfeeding is prohibited, since the drug can cause allergic reactions and dysbiosis in a child.

Amoxicillin is usually well tolerated by patients. However, in some cases, undesirable side effects may occur. Common adverse events include:

With long-term treatment with amoxicillin, it is necessary to periodically check the condition of the liver, kidneys and blood-forming organs.

With overdose of the drug, severe diarrhea is possible. Treatment of symptomatic overdose, effective hemodialysis.

Amoxicillin, instructions for use

If there is a need to take amoxicillin, the instructions for use will provide all the necessary information. The exact dosage of amoxicillin should be indicated by the doctor. In case of different diseases, different doses and regimens are necessary, and therefore self-treatment is unacceptable here. The maximum daily dose of amoxicillin is 6 g.

According to the instructions for use, the usual dosage for adults and children over 10 years old weighing more than 40 kg is 250-500 mg at a time. In total, the drug must be taken three times a day, after 8 hours. Intervals between doses must be kept as strictly as possible, as this is a guarantee of maintaining the required therapeutic concentration of the active substance in the body. In case of severe infections, the dosage can be increased to 1000 mg.

What doses are recommended for children under 10 years of age? At a similar age, it is preferable to use a suspension. In addition, younger patients are always given smaller doses than adults. Children at 5–10 years old are usually given 250 mg of amoxicillin 3 times a day, at 2–5 years old – 125 mg 3 times a day. For children under 2 years and infants, doses are prescribed based on their weight – 20 mg / kg per day. This amount of amoxicillin should be divided into 3 doses.

In therapeutic practice, the drug can be administered to children from 4 weeks of age.

According to the instructions for use, for the preparation of amoxicillin suspension should add water to the risks in the vial, and then shake it. The finished suspension can be stored at room temperature for up to 2 weeks. Shake the bottle before each use. Measuring spoon, which is supplied with the drug, has a volume of 5 ml. If properly prepared suspension, then it should contain 250 mg of amoxicillin.

People with renal insufficiency and reduced creatinine clearance also need a downward dose adjustment. The duration of amoxicillin treatment is also set by the doctor. It usually ranges from 5-14 days. But even if the patient feels better after several days of taking the drug, you should not stop the course (it is advisable to extend it for another 2-3 days), as this can lead to a relapse of the disease.

When treating gonorrhea in men, a single dose of the drug is sufficient, but in a large dose – 3 g. For the treatment of gonorrhea in women, amoxicillin must be taken twice in a dose of 3 g.

In the treatment of severe infectious diseases, such as typhoid fever, paratyphoid fever, bacterial lesions of the biliary tract, some gynecological diseases, it is necessary to take the drug in a dosage of 1.5-2 g three times a day.

Leptospirosis is treated with amoxicillin tablets or capsules at a dosage of 0.5-0.75 g 4 times a day for 6-12 days.

In order to get rid of Salmonella in the absence of Salmonella disease (bacilli infection), the drug should be taken in a dosage of 1.5-2 g three times a day for 2-4 weeks.

When preventing endocarditis before surgery, adults are given 3-4 g of amoxicillin a single dose one hour before surgery. The pediatric dose should be less than twice in this situation.

According to the instructions for use, eating does not affect the digestibility of the drug, so it can be taken regardless of mealtime.

The course of treatment with amoxicillin may be accompanied by dysbacteriosis. Therefore, after completing the course, it may be necessary to restore the normal microflora of the intestine with the help of preparations – probiotics.

If mild diarrhea appears on the background of taking the drug, then you should avoid taking drugs that reduce intestinal motility.

Interaction with other drugs and substances

Amoxicillin is usually well combined with other drugs. However, some drugs can affect its effectiveness, both in the positive and in the negative side. For example, as stated in the instructions, bactericidal antibiotics increase the effect of the drug while taking it. But bacteriostatic drugs (macrolides, tetracyclines, sulfonamides), on the contrary, prevent its action. That is why it is not recommended to use amoxicillin in conjunction with this class of drugs.

Some substances (antacids, glucosamine, glycosides, laxatives) inhibit the absorption of amoxicillin, but ascorbic acid, on the contrary, contributes to this process. Amoxicillin increases digoxin absorption.

The drug reduces the effectiveness of oral estrogen-containing contraceptives, so women using this method of protection should use additional contraceptives during the period of treatment with this antibiotic.

It should also be borne in mind that you should not take amoxicillin together with alcohol, as this increases the risk of side effects, as well as liver and kidney dysfunctions. Alcohol should be avoided even a few days after the end of treatment.

Fast acting laxatives for constipation for adults and children