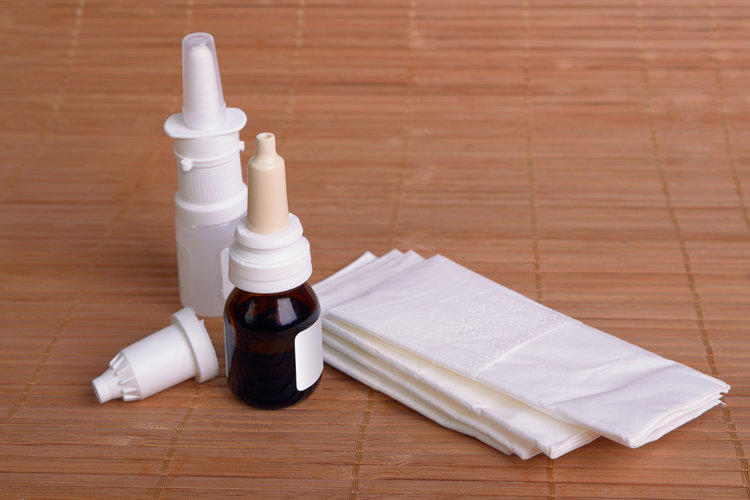 A runny nose seems like a serious illness to many people. Nevertheless, people who are confronted with it, runny nose causes a lot of trouble. And if the snot flowing from the nose can still be wiped with a handkerchief, then how to deal with nasal congestion and inability to breathe?

As a result, a person begins to breathe through his mouth, suffers a lack of oxygen, his voice changes, and he cannot speak for a long time. And this leads to the inability to properly perform their duties. And at night, a stuffy nose does not allow for proper sleep. The man barely asleep, gasping for air, and in the morning he gets up tired and overwhelmed.

Children with a stuffy nose have to be even more difficult – due to the fact that their airways are smaller than in adults. And babies, moreover, do not know how to breathe through their mouths, so a runny nose can lead to oxygen starvation.

Fortunately, modern pharmaceuticals have developed tools to alleviate the suffering of adults and children with a stuffy nose. Now there are many drugs that allow you to deal with a cold. In general, they are available in the form of drops or sprays, which must be instilled or pierced in the nose.

The principle of action of drugs

It should be borne in mind that by itself a runny nose (rhinorrhea) is a protective reaction of the body to a viral or bacterial infection. The mucus secreted in the nasal cavity serves to protect the respiratory tract from exposure to germs or viruses. A runny nose can be caused by various infectious diseases – sinusitis, rhinitis, and also SARS. In addition, non-infectious factors, such as allergic reactions, can also be a cause of a cold.

It should also be noted that nasal congestion may not always be caused by a runny nose – it can be caused by polyps, deformation of the septum.

Thus, funds from the common cold and nasal congestion are divided according to the principle of action into the following categories:

Two main dosage forms are common – sprays and drops. The drops are intended for instillation into the stuffy nose, and sprays for spraying inside the nasal cavity.

Which shape is more comfortable? There is no definite answer, it all depends on the patient and the disease. For a number of parameters, sprays are more effective because they allow the drug to be evenly distributed over the entire surface of the mucous membrane. Thus, the tool is used more efficiently. On the other hand, sprays are contraindicated for children under 6 years old. This is due to the fact that when spraying a spray into the nose, it can get into the child not only into the nasal cavity, but also where it is not needed, for example, into the Eustachian tube, which is shorter in children than in adults. Along with the agent, pathogenic bacteria can also enter there. This threatens otitis media or eustachitis. Also, the tool can get into the bronchi. In this case, an asthma attack may occur, and this is a much more serious thing that can lead to asphyxiation and death.

How to use medications?

The effectiveness of drops and sprays depends largely on how to use them. When instillation of drops in the nose, you must take a recumbent position. After the drop has entered the nose, it is necessary to turn the head to the side so that the drop would irrigate the entire surface of the nasal mucosa. When using a spray, it is advisable to avoid its entering the auditory tube. Therefore, at the time of irrigation of the nasal cavity, the head should be in a vertical position and be slightly inclined in the direction opposite to the location of the nostrils. If the nose is completely stuffy, then it makes sense to rinse it with saline solutions before putting instilled vasoconstrictor or antibacterial drugs into the stuffy nose.

One of the properties of the common cold is the expansion of the vessels of the nasal mucosa and nasopharynx. This causes swelling and nasal congestion. The vasoconstrictor drugs act on the adrenal receptors in the peripheral vessels and compress them, causing the swelling to subside, accelerating the excretion of mucus and clearing the nose.

This class of drugs is extremely effective and has a fast action (after a few minutes). But these drugs have a number of side effects. First of all, vasoconstrictor agents are not designed for continuous use. The maximum duration of their use is a week, and in most cases three days (it all depends on the characteristics of the particular drug). The thing is that vasoconstrictor drugs are very addictive. With prolonged use of the vessels get used to the tool and stop responding to it. Thinning the walls of blood vessels, which subsequently can lead to their slight injury and bleeding. Or the vessels lose the ability to narrow themselves without the action of the drug. In addition, the mucous membrane is dried. As a result, runny nose becomes chronic intractable form.

Thus, it is necessary to apply vasoconstrictor agents with great care and only when it is really necessary – for example, a runny nose does not allow to sleep or makes it difficult to speak clearly.

Also, vasoconstrictor drugs are contraindicated in pregnancy. This is due to the fact that they can have a negative impact on the development of the fetus. They are carefully prescribed in childhood. Most of them are contraindicated for infants. Also, in case of cardiovascular diseases, hypertension, before using these drugs should consult a doctor.

It is no secret that during a cold the mucous membrane is largely dried. Moisturizing preparations help to eliminate this problem. Usually they are made on the basis of salts. Of course, you can use for washing the nose and a solution of ordinary table salt, but it is best to use products containing sea salt, such as Aqua Maris, for this purpose. In addition to hydration, saline solutions can also absorb bacteria, as well as fluid contained in edematous tissues. These drugs can be administered independently of other drugs, or in combination with them. Salt solutions are completely safe and can be administered to both pregnant and newborns. Some drugs can be used for prophylactic purposes during epidemics of acute respiratory infections.

These drugs are prescribed only from allergic rhinitis, which has a non-infectious nature. As you know, there are a lot of allergens around us – wool, dust, pollen, aerosols. Some of them can cause an immune reaction in the form of an allergic edema. Antihistamines act on histamine receptors, making the edema subside.

A runny nose is often caused by various bacteria. If most other remedies treat only the symptoms of the disease, then antibacterial drops and sprays affect the cause of the disease. Components of antibacterial agents can be antiseptics or antibiotics. If antiseptics are used, it is important that they do not irritate the mucous membrane of the nasal passages. These properties have a relatively small number of drugs, for example, Miramistin, as well as drugs based on silver. Antibiotics should be chosen in such a way that they affect a certain type of bacteria, or have a universal effect. In addition, they should not have side effects.

Antiviral nose drops from a cold

These drugs are designed for cases where inflammation is caused by a viral infection. Usually antiviral drugs contain various interferons, similar to those that the cells of the immune system secrete when they encounter viruses. Examples of drugs of this type are Ingaron, Grippferon.

These drugs are used in cases where the mucus in the nasal passages becomes too much, and it is too thick to go out on its own. In preparations of this type mucolytic substances are used, similar to those used to treat cough, for example, acetylcysteine.

These drugs contain potent anti-inflammatory drugs, such as beclomethasone, fluticasone. Used primarily for rhinitis caused by allergic causes, as well as in case of ineffectiveness of other means. Their action begins 3-4 hours after drinking, but lasts a long time. However, their reception has a number of side effects – reduced local immunity, increased intraocular pressure.

There are a lot of herbal remedies that are well proven in the treatment of rhinitis. In general, they have a moisturizing, moderate anti-inflammatory and antiseptic effect and act on the cold receptors, removing swelling. The action of herbal preparations is mild, they are designed for long-term use Essential oils, for example, eucalyptus oil, coniferous trees, olive oil, and peach oil, have demonstrated the greatest efficacy. Also used nose drops from a cold on the basis of menthol, camphor and aloe juice. However, essential oils are highly allergenic. This should be considered when giving their children. Such drops in the nose from the common cold can only be used to treat children from a year.

Combination medications for a cold

Which medication to choose?

A runny nose is a serious condition that can cause complications, such as otitis or sinusitis. Therefore, treatment of rhinitis should be taken seriously. Since this condition can be caused by various reasons – bacterial infection, acute respiratory viral infections, allergies, and the selection of drugs should be made taking into account the etiology of the disease. Only a doctor will be able to suggest which drugs are best used for a given situation, which are suitable for children, and which for adults. Unfortunately, many people often focus on advertising expensive products that are not always the best, and often useless or even harmful. As a result, the treatment of the disease is delayed, and complications arise. To avoid this situation, you should consider all the nuances of using certain drugs for a cold and not self-medicate.

What kind of drops are best for children?

What is a baby drip? First of all, it is moisturizing drops with sea salts. In addition, there are several vasoconstrictor drugs for rhinitis, suitable for children, for example, Nazol Baby, Nazol Kids, Nazivin. Antibacterial drugs based on miramistin and silver are also used.

Antivirals and cold and flu drugs