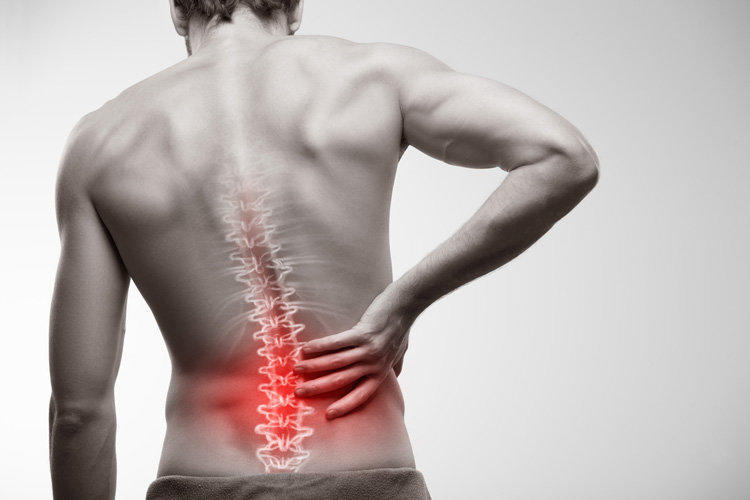 Many people, especially the elderly, are well aware of Diclofenac. This drug is intended to treat inflammation and relieve pain in the joints and muscles, which especially often make themselves felt in old age. Even those people who do not know this, most likely still used diclofenac, but under a different trade name.

In many countries, Diclofenac is included in the list of essential drugs. The reason for this is the powerful anti-inflammatory effect of the drug. This factor, along with the low price of Diclofenac, made it extremely common. The drug is available in pharmacies without a prescription.

Diclofenac description and principle of operation

The drug was first introduced in 1973 by the Swiss pharmaceutical company Novartis and since has gained popularity as one of the most effective nonsteroidal anti-inflammatory drugs.

According to its chemical structure, the active substance of the drug belongs to acetic acid derivatives. Its exact name is 2- (2,6-dichloroaniline) phenylacetic acid. The medicinal preparations contain the sodium salt of this acid, diclofenac sodium.

Diclofenac is characterized by three types of action at once:

Diclofenac’s anti-inflammatory properties are particularly strong. Its antipyretic effect is also quite strong. Often the drug helps when there are no other means. Diclofenac can be removed and pain, although its analgesic effect is not so powerful, so the drug is more suitable for relief of pain syndrome of weak and medium strength.

The mechanism of action of Diclofenac is based on the fact that it inhibits the synthesis of prostaglandins and cyclooxygenase – substances that play an important role in the processes of inflammation. As a result, such unpleasant symptoms of inflammation as pain and swelling are reduced. Also, the drug has the ability to regulate immunity. With prolonged use manifest anti-allergic properties of Diclofenac. After taking the tablets, the active substance is rapidly absorbed into the blood plasma, and from there it enters the synovial fluid in the joints.

There are two types of tablets – the usual, enteric-coated, and the tablets of the prolonged action (retard), film-coated. Long-acting tablets release the active substance more slowly, thereby ensuring its necessary therapeutic concentration in the blood. The maximum concentration of a substance in the blood plasma when taking conventional tablets is reached after 2 hours, and after taking retard tablets – after 4 hours. Both types of tablets are accompanied by an annotation, which shows their characteristics and directions for use.

Enteric pills have two options for the dosage of the main substance – 25 and 50 mg. Also in tablets, in addition to the active substance, there are quite a few auxiliary ones:

Retard tablets have a dosage of 100 mg. Auxiliary substances included in their composition:

The ointment can have two dosage options – 10 mg and 20 mg of the active substance per 1 g. The remaining substances that make up the ointment:

The solution for injection is supplied in ampoules of 3 ml and contains 25 mg of the active substance in 1 ml. Also in the solution are water, sodium hydroxide, benzyl alcohol, propylene glycol, mannitol.

Diclofenac tablets are primarily intended to alleviate the symptoms of inflammatory processes in diseases of the musculoskeletal system. These include:

The drug is successfully used to relieve moderate or weak pain in such conditions as:

Also, the drug is used for:

Diclofenac shots are indicated for:

The ointment is intended for external use and penetrates tissues close to the skin surface faster than other dosage forms. The ointment can relieve swelling of the joints, increase their mobility and relieve pain. In addition, when using an ointment, the risk of adverse effects associated with an overdose of the drug is minimized.

The ointment is recommended when:

It should be borne in mind that the drug, like other anti-inflammatory and painkillers, does not cure the causes of diseases, but only removes their most unpleasant symptoms. Therefore, Diclofenac is recommended to be used only as one of the means for complex therapy.

Breastfeeding women can not take Diclofenac. The drug can not be taken in late pregnancy (in the third trimester). This prohibition applies to external forms – ointment and gel. There are several reasons for this. First, the drug weakens the contractility of the uterus, which can lengthen the process of labor. Secondly, it can increase bleeding during childbirth.

The ban on the use of the drug during lactation is associated with its ability to penetrate into breast milk. Using ointment and gel during lactation is possible, but treatment with Diclofenac in this case should be carried out under the supervision of a physician.

The drug has a negative effect on fertility, so do not resort to Diclofenac for women seeking to become pregnant or suffering from infertility.

Also, do not take Diclofenac with:

With caution and under the supervision of a physician, the drug is taken with:

When treating with ointment or gel, they should not be applied to damaged skin. You must ensure that these dosage forms would not fall on open wounds, as well as in the eyes.

Diclofenac: Instructions for use

With post-traumatic and postoperative edema, the patient can take the drug without consulting a doctor. In other cases, the drug can be taken only after a doctor’s prescription. Do not self-medicate Diclofenac, because it has many side effects and contraindications, especially manifested during prolonged therapy.

Food slows down the absorption of the drug, but does not interfere with it. Therefore, if you need the fastest possible effect of the drug, then the pill must be taken half an hour before meals. Otherwise, tablets should be taken during or after meals. The tablet must be swallowed without chewing, and washed down with water.

Adults and children over 15 are advised to take 25-50 mg tablets 2-3 times a day. The maximum daily intake for adults is 150 mg. With prolonged therapy and in mild cases, the dose can be reduced to 75 mg.

For retard tablets, the optimal daily dose is 100 mg. It is taken at once, as a single pill. The course of treatment with pills should not exceed two weeks.

For children weighing more than 25 kg, the drug is prescribed taking into account body weight. The dosage is calculated individually, depending on the disease and age. The recommended dosage is 0.5-2 mg / kg. When treating rheumatoid arthritis, the dosage may be increased to 3 mg / kg. It is not recommended to give children 50 mg tablets.

No matter how effective the tablets and ointment of diclofenac, often intramuscular injections are the best or even the only way to stop the patient’s acute condition and deliver the drug to the site of inflammation. In this case, it is necessary to undergo treatment with diclofenac pricks. In addition, with injections, the drug enters the bloodstream faster, which increases its speed of action. Usually with intramuscular administration, the effect begins to be felt already after 20-30 minutes. At the same time, the total duration of action does not decrease.

Injections are made in the area of ​​the buttocks. The dosage for a single injection is 25-75 mg, injections should be done 2-3 times a day. The maximum daily dose should not exceed 150 mg. If at the same time as injections other dosage forms are taken, then they should be taken into account, so that the total dose would not exceed this number.

The course of injections should be carried out within 2 days. In some cases, this period may be extended to 7 days. If additional treatment is required after this, it can be continued with tablets.

On the part of the gastrointestinal tract, such phenomena as:

From the side of the central nervous system can be observed:

There may also be renal failure, anemia, hypotension or hypertension, menstrual disorders. According to recent studies, long-term treatment with diclofenac preparations increases the risk of a heart attack by 40%. Therefore, long-term drug treatment can be carried out only in the absence of alternatives.

It is not recommended to use diclofenac with other nonsteroidal anti-inflammatory drugs and anticoagulants, as this may increase the risk of side effects, in particular, bleeding. Acetylsalicylic acid reduces the concentration of diclofenac in the blood. Paracetamol increases the nephrotoxic effect of Diclofenac.

The drug reduces the effect of antihypertensives, hypnotics and hypoglycemic agents. Concurrent use with the quinolone antibiotics may cause seizures. When taken concomitantly with diuretics, it may contribute to the weakening of their action or the accumulation of potassium in the blood.

On the market you can find a lot of drugs where the active ingredient is Diclofenac. Among the pills are Ortofen, Voltaren, Naklofen. Other ointments with Diclofenac include Voltaren ointment.

Other non-steroidal anti-inflammatory drugs such as Meloxicam, Nise, Ketonal, Naproxen, Butadione, Indomethacin may be considered as indirect analogues of Diclofenac. However, their action is somewhat different from the action of the drug, another one has a list of contraindications. Therefore, they will not always be able to replace it.

Linex: instructions for use