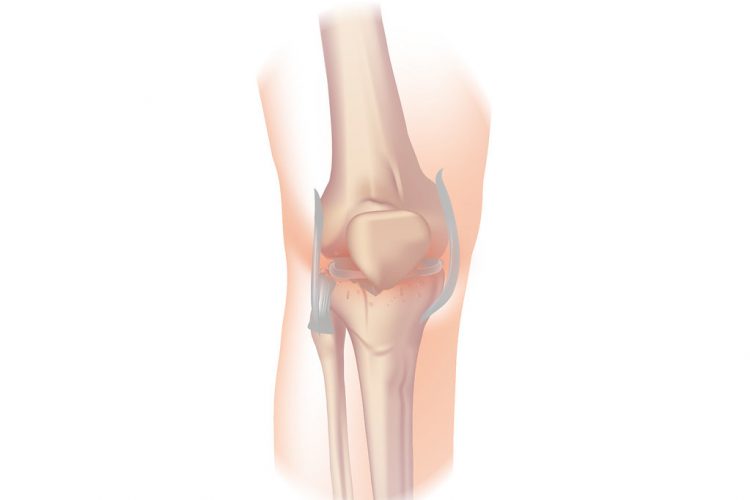 Osteoarthritis of the knee joint (gonarthrosis) is one of the main causes of disability in both men and women. Gonarthrosis causes pain, limited activity, decreased quality of life, and disability.

Currently, there are no approved drugs for the treatment of the main cause of the disease – destruction of the articular cartilage, which occurs due to age, trauma / excessive stress, obesity, genetics and / or local inflammation.

However, a new experimental therapy using growth factors seems to be ready to change the status quo.

In a study conducted by specialists from the University of Maryland School of Medicine (UMSOM), 549 volunteers with arthrosis of the knee joint who were randomly assigned to injection groups of Sprifermin (recombinant human fibroblast growth factor 18) participated in the study:

c) injection of a placebo.

The treatment was carried out 1 or 2 times a year.

The researchers found that those who received a dose of 100 mcg twice or once a year, two years later showed a statistically significant, albeit insignificant increase in the thickness of the articular cartilage, measured using quantitative magnetic resonance imaging (MRI).

The increase was 0.03 or 0.02 mm compared with the placebo group, which lost 0.02 mm of cartilage over a two-year period.

Those who were given lower doses had less cartilage growth, which experts did not consider statistically or clinically significant.

“Although an increase in cartilage thickness is a positive sign, we don’t know if it has any clinical significance,” commented the lead author of the study, Mark Hochberg, MD, professor of health at UMSOM.

The good news was that the difference found between the groups receiving the highest dose of Sprifermin and placebo lasted up to three years.

But even better news came when Dr. Hochberg and his colleagues post hoc evaluated a particular subgroup of patients with severe pain and narrow joint space in the knee who are at greatest risk of disease progression.

It turned out that in this subgroup among those who received sprifermin 100 μg every six months, there was a significant improvement in the symptoms of arthrosis 18 months after the last injection compared with those who received a placebo injection.

“Our results confirm the need for further study of sprifermin as a potential treatment for knee osteoarthritis, both to modify cartilage and to alleviate symptoms in high-risk patients,” says Dr. Hochberg.

These results were presented at the annual meeting of the European Congress of Rheumatologists.