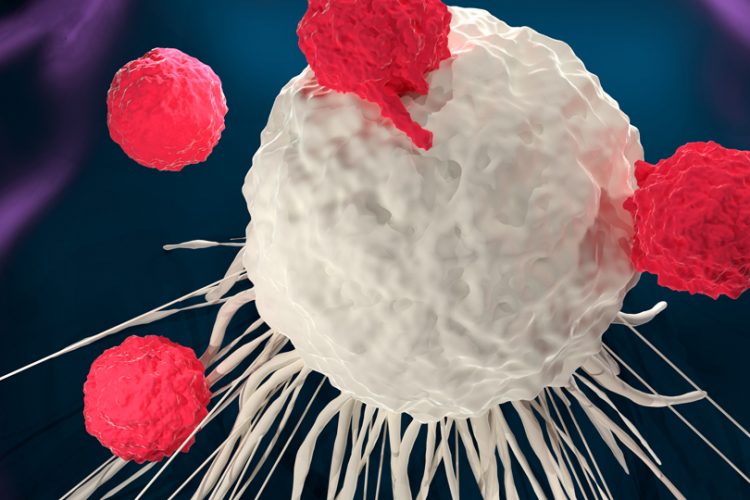 Typically as  tumor cells multiply, they often generate tens of thousands of genetic mutations. Analyzing which ones are the most promising to target with immunotherapy is like finding a few needles in a haystack. Now a new model developed by researchers in the Abramson Cancer Center at the University of Pennsylvania hand-picks those needles so they can be leveraged in more effective, customized cancer vaccines. Cell Systems published the data on the model’s development, and the algorithm is already available online as an open source technology to serve as a resource.

Dr Lee P. Richman, lead author and a PhD candidate in Cancer Biology in the Perelman School of Medicine at the University of Pennsylvania commented in a phone interview with Thailand Medical News “There are mutations in tumors that can lead to powerful immune responses, but for every one mutation that generates a robust response, about 50 mutations don’t work at all, which means the signal-to-noise ratio is not great. Our model works like a filter that highlights the signal and shows us which targets to focus on.”

Currently sequencing a tumor and identifying possible immunotherapies is based on a measurement called tumor mutations burden (TMB), essentially a measure of the rate of mutations present in a given tumor. Tumors with a high rate of mutation are more likely to respond to immunotherapy targeting inhibitors like PD-1. The problem is that as cancer cells divide, they mutate at random, and since they divide exponentially, the potential mutations are almost infinite. This means that while a given immunotherapy can target some percentage of cancer cells, it may not be enough to be an effective treatment for any given patient.

The research team’s model looks instead at protein sequences from samples of individual patients and evaluates how much of it looks similar to healthy cells and how much looks different enough that the immune system might react to it. The more it is dissimilar, the better immunotherapy target it makes because it’s more likely to attract and activate therapies with less collateral damage to healthy cells. The model’s prediction is also personalized to each patient’s sample. The team analyzed samples of 318 patients from five different clinical trial data sets and not only confirmed the association between dissimilarity and promise as an immunotherapy target, but also found that dissimilarity correlated to increased overall survival after PD-1 therapy in patients with non-small cell lung cancer.

Dr. Andrew J. Rech, PhD, a resident in Pathology and Laboratory Medicine and the study’s co-senior author along with Dr. Robert H. Vonderheide, DPhil, director of the Abramson Cancer Center further commented,” With so many different possibilities of mutations, we essentially boiled the question of which targets to use down to a math problem, then developed an algorithm to solve it. We also knew it was important to make this model available for other researchers to help inform vaccine development and clinical trials.”

The team at University of Pennsylvania say in addition to its use in trials, future work will also include applying the tool to more data sets to refine the algorithm. The team plans to also continuously upgrade and enhance the algorithm as more data from other researches also flow in.

Are instant noodles bad for your health?