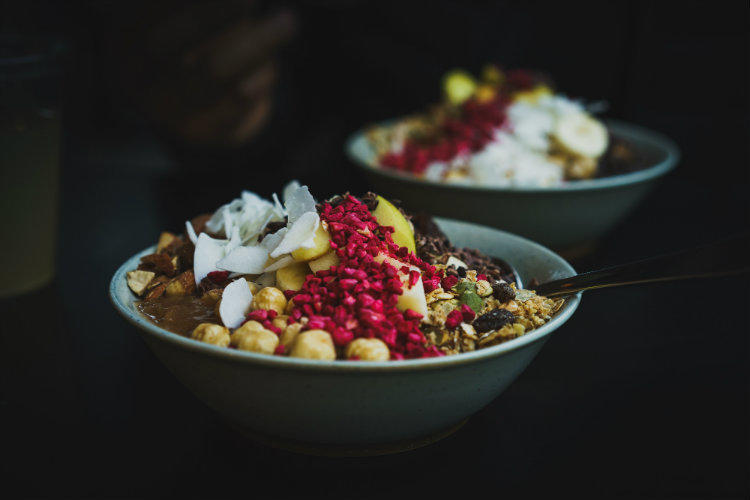 Weight loss is always difficult, even if you want to get rid of not from a dozen, but from a couple extra pounds. We have already told how to lose weight without diets, explained why keeping weight after losing is impossible, and indeed talked about it too much. But the topic, however, is more relevant than ever. Spring is ahead, and summer is just around the corner.

But if you are mentally preparing to give up all delicious and flavorful, we have encouraging information for you. New research has shown that only three habits will help to lose weight without much difficulty.

The study published by the BMJ Open analyzed data from 60,000 people with diabetes from 2008 to 2013. They were asked about eating habits: what exactly do they eat, how fast do they consume food, and what time do they usually eat breakfast, lunch and dinner. A large-scale sample made it possible to conclude that if you eat slowly, refuse snacks after lunch and start to eat two hours before bedtime, you can lose weight faster.

According to Medical Daily, more than half of the people who took part in the survey said they were eating at a normal speed, a third of the rest admitted that they were rather “fast eaters”, and two-thirds that they were eating rather slowly. So scientists have established that those of the volunteers who ate at a normal speed were less prone to obesity than the “fast eaters”. As for those who ate slowly, they were 42% less likely to be overweight compared to the other two groups.

It is important to note that the study did not establish that the rate of food intake prevents obesity. Only that they are related. “A practice that involves mindfulness and discipline in eating can help both lose weight and keep it healthy,” said David Katz, director of the Yale-Griffin Prevention Research Center and lead author of the study. – “Refusal to eat one and a half to two hours before bedtime is also associated with a sensible approach to nutrition and reasonable restrictions.”

However, not all experts agree that the results of the study should be immediately taken to work. “It is not advisable to extrapolate these observations to the relationship between the speed of eating and the risk of developing obesity. No matter how attractive the idea is that “fast eaters” eat more, and this, in turn, leads to weight gain, ” comments Ian MacDonald, an expert in metabolic physiology at the University of Nottingham.

However, it is known that people who eat fast enough need more time to feel full, as the hormones in the intestines also need time before they send the appropriate signal to the brain. Fast food intake also leads to more noticeable fluctuations in blood sugar, and this may contribute to the development of insulin resistance. At least for the reasons mentioned above, the findings should be borne in mind.

Omega-3, omega-6, omega-9: what are fatty acids and why they are needed