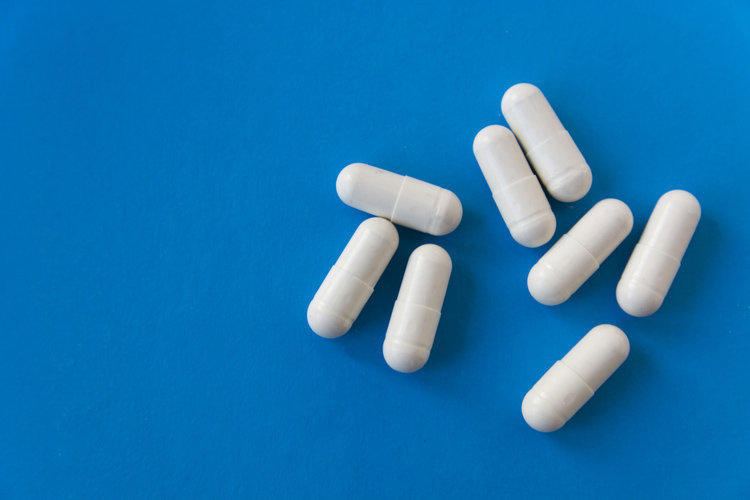 Azithromycin is one of the most popular antibacterial drugs available on the market today. It is used to treat various bacterial infections, primarily those associated with the respiratory organs. The drug can be used to treat both adults and children.

Azithromycin is an organic substance from the group of macrolides, a subclass of azalides. It was synthesized by pharmacists of the Yugoslav company Pliva in the early 80s. Later it was sold under the Sumamed trademark and became one of the most effective antibiotics on the world market. But in 2005, the license for the drug expired. Now there are quite a few Azithromycin analogues produced by various pharmaceutical companies around the world, including Russian manufacturers.

An antibiotic blocks the production of certain vital proteins by bacteria, which makes it possible to stop their growth and reproduction. Thus, Azithromycin has a bacteriostatic and not bactericidal effect. However, this does not mean that this drug is weaker than bactericidal antibiotics, because stopping the growth of bacteria in most cases leads to the death of the colony. By the way, in large dosages Azithromycin is bactericidal.

The pharmacological action of Azithromycin is very similar to erythromycin, of which it is derived. However, Azithromycin differs in many ways from its predecessor for the better. First of all, it is not destroyed by the action of gastric juice – Azithromycin is about 300 times more resistant to acids than erythromycin. In addition, Azithromycin causes a much smaller number of side effects associated with the gastrointestinal tract than erythromycin. In general, macrolides have a much milder, sparing effect on the body and less toxicity compared to the common, but rather outdated penicillins. Not accidentally, the drug can be used to treat infants.

Another useful property of the drug is its long time of withdrawal from the body. Half of Azithromycin is eliminated from the body in about 50 hours. This parameter is much more than that for other antibiotics. This means that Azithromycin is stored in the body for a long time, and often the drug can have its effect after 5-7 days after the end of the course of administration, which is very important in the treatment of severe and prolonged infections with a high probability of relapse. Also, this property of the drug can reduce the frequency of its admission and the duration of treatment. In addition, the low rate of withdrawal of the drug is expressed in reducing the load on the liver, which is important for patients with various disorders in the work of this organ.

However, despite the fact that the drug is prone to be in the body for a long time, it is absorbed into the blood very quickly – the maximum concentration of Azithromycin is observed 2.5 hours after administration.

Another important feature of the drug is its ability to accumulate primarily in the tissues, not in the blood plasma, and also accumulate mainly in the focus of infection. According to studies, the concentration of a substance at the site of infection is about 30% higher than in healthy tissues. This ability of an antibiotic to find a source of infection is also very useful and distinguishes it from many other means evenly distributed in all tissues and fluids. It is connected with the fact that the substance is able to penetrate into phagocytes and macrophages and be transported with them into tissues infected with bacilli.

In addition, it is also important that Azithromycin acts not only outside the body cells, but also inside them. This means that it can also affect bacteria – intracellular parasites, such as mycoplasma and chlamydia.

The antibiotic has a wide spectrum of action and is active against various types of bacteria – gram-negative, gram-positive, aerobic and anaerobic. Only very few bacilli are resistant to it – these are some strains of streptococcus and staphylococcus, salmonella and shigella.

Bacteria sensitive to the effects of the drug:

The drug is used to treat infectious diseases affecting:

Respiratory diseases for which medication may be prescribed:

Urogenital diseases for which the drug can be used:

In combination therapy, the drug can be used to kill Helicobacter pylori, which causes various diseases of the stomach – gastritis and ulcer.

Patient reviews about the drug are mostly positive. Many say that under the action of the drug quickly go cold symptoms.

The drug can be produced in various dosage forms – film-coated tablets, absorbable tablets, capsules, suspension for children, powder for preparing a solution for parenteral administration. But the most commonly used tablets and capsules of Azithromycin. They have a dosage of 125, 250, 500 mg of the active substance. Usually packs contain 3 tablets or 3 capsules.

Powder for the preparation of oral suspension can be in the dosage of 15, 30 or 75 mg Azithromycin per gram of powder.

It has Azithromycin and some contraindications. First of all, with caution it is necessary to prescribe the drug to women during pregnancy. The fact is that the drug is able to penetrate the placental barrier. True, the experience of using the drug shows that women who took it did not experience an increase in fetal abnormalities. However, in this situation it is best to contact a specialist for advice. Similar should be done and if necessary, use the drug during breastfeeding.

The drug in the form of intravenous administration is not indicated for children. Also, children under 12 years old pills are contraindicated. Suspension is not assigned to children under 6 months and weighing less than 5 kg.

For severe forms of kidney or liver failure, macrolide intolerance, lactation, the drug is also contraindicated.

With caution, the drug is prescribed for arrhythmias, prolongation of the QT interval on the cardiogram, while taking digoxin and warfarin.

Side effects when taking the drug are infrequent. However, they are possible. The most common disorders associated with the digestive tract – pain in the abdomen and stomach, diarrhea, nausea, constipation, and sometimes vomiting. Do not forget that, like any antibiotic, Azithromycin can affect the normal intestinal microflora, which can be expressed in stable dysbacteriosis. Therefore, antibiotic therapy should be combined with the restoration of intestinal microflora with the help of probiotic preparations. Skin allergies, headache, candidiasis, vaginitis in women, changes in taste and smell, dizziness, insomnia may also occur.

There may be changes in the composition of the blood, ventricular tachycardia, changes in the QT wave on the ECG. Very seldom there are angioedema, anaphylactic shock, pathological changes in the kidneys, liver necrosis.

In most cases, the following scheme is used in the treatment of acute respiratory infections – one dose of the drug at 500 mg per day. You should strive to take the drug at the same time, after 24 hours. The duration of treatment is usually short – 3-5 days.

For infections of the skin and soft tissues, Lyme disease on the first day take 1 g of the drug, and in the next 4 days – 500 g each. Reception in these cases is also once a day.

With uncomplicated urethritis or cervicitis caused by chlamydia, a single dose of 1 g is enough.

In combination therapy from Helicobacter Pylori, it is necessary to take Azithromycin three times a dose of 1 g for 3 days.

Children from 12 years old and weighing more than 45 kg with respiratory infections of the skin and soft tissues are prescribed three 500 mg tablets for 3 days.

The dose for children weighing up to 45 kg is calculated on the basis of their weight – 10 mg / kg per day. The course of treatment is also 3 days.

According to the instructions for use, with moderate renal dysfunction, dose adjustment is not required.

Should pay attention to the fact that food intake significantly affects the absorption of the drug. Therefore, it must be taken 1-2 hours before meals or 2 hours after meals.

Antacids and alcohol also reduce the concentration of the drug in the blood. Therefore, while taking antacids and azithromycin, it is necessary to observe an interval of 2 hours between taking these medications. Simultaneous use of the drug and alcohol is also not recommended.

Tetracyclines and chloramphenicol, when taken together with the drug, increase its effect. The drug increases the concentration of digoxin, incompatible with heparin.