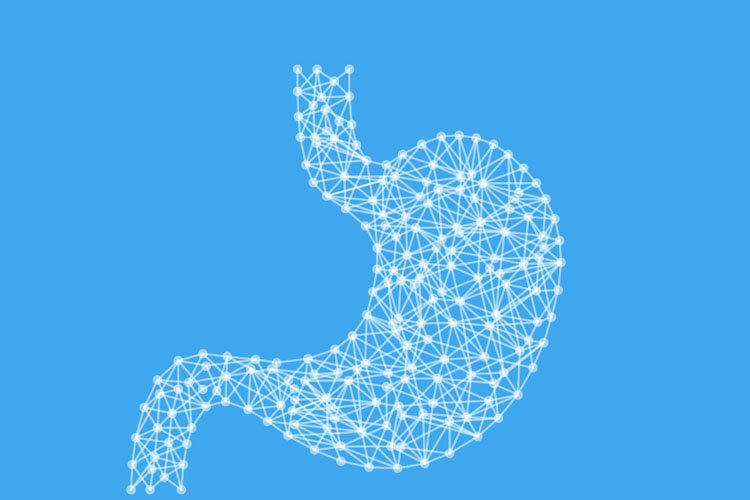 Omez is a drug widely represented in pharmacies of Eastern Europe. Therapy of diseases of the stomach and intestines includes a variety of drugs, and the use of Omez in the treatment tactics, despite the indications for receiving a peptic ulcer, is not limited only to this pathology. The instructions for use of the medication describe in detail when Omez may be included in the complex therapy of diseases of the gastrointestinal tract, how to take the drug, what therapeutic and side effects are likely if the prescribed doses are observed and not followed.

What kind of drug is Omez?

Omez refers to the means of directional action from the group of anti-ulcer drugs related to proton pump inhibitors. The active substance and its main analogue is omeprazole, a chemical compound that blocks the synthesis of hydrochloric acid in the last stage.

Hydrochloric acid is an indispensable element of the digestive process, ensuring the separation of food into its constituent elements and facilitating its absorption in the small intestine. An excess of this acid irritates the walls of the stomach, which is especially negative in the presence of erosions and ulceration of the mucous membrane. Suppression of the secretion of hydrochloric acid by taking Omez reduces irritation of the stomach walls, regardless of etiology and type of stimulus.

Domperidone is the second component of Omez D, a combined drug based on omeprazole. This substance has an additional effect on the smooth muscles of the digestive tract. Due to the presence of domperidone, Omez D has an antiemetic effect, reduces the likelihood of reflux, manifestations of heartburn, leading to a state of increased tone the muscle tissue of the lower esophageal sphincter, and also causes intestinal contractions, which increases its motility and accelerates the emptying process.

The active substances of the drugs are absorbed in the gastrointestinal tract, the metabolization process takes place in the liver tissues, output in the form of a metabolite is carried out by the kidneys with urine (80%) and intestines with feces (20%). The blocking of the secretory function of the stomach disappears after the cancellation of the course of treatment on its own within 3 days, the level of synthesis and secretion is restored.

Omez is a drug that is presented in several versions, both in the form of the drug release and in its composition. Monocomponent Omez is available in two forms:

Omez D – a drug of combined action, based on the presence in the composition of omeprazole and domperidone (10 mg, respectively). Available in the form of enteric gelatin capsules, consisting of two parts: purple and transparent, with the name of the drug and the logo to protect against fakes. In the capsule, the active substances are presented in the form of a white powder. This form is represented by number 10, in each carton package – 10 capsules of the drug.

In hospitals and clinics, the drug can be presented as a dry mix, intended for infusion transfusions, mainly for the prevention of postoperative complications.

Omez – a drug with a fairly wide range of indications, despite belonging to the group of anti-ulcer drugs. His appointment is justified in the following cases:

Omez D is used for manifestations of dyspepsia, gastroesophageal reflux resistant to other drugs, gastritis accompanied by increased acidity of the gastric environment, hypersecretion of the stomach, etc.

The prescription of Omez and Omez D drugs, in accordance with the instructions for use, is limited in the following cases:

For kidney, liver failure, history of jaundice, episodes of ulcer perforation, as well as during pregnancy and lactation, omeprazole preparations are taken only according to the testimony of a doctor.

The duration of the course of therapy and the required dosage are set by the attending physician based on the diagnosis, clinical picture of the disease (duration of the disease, stage, severity of symptoms), the presence of comorbidities and the patient’s individual characteristics.

According to the instructions, the drug in any of the above forms taken orally. The recommended time of admission is half an hour before meals or during meals. Capsules are swallowed whole, without chewing, washed down with a sufficient amount of liquid. If necessary, you can take granules without the capsule shell, mixing them with water with a small amount of acid (lemon, citrus juice). It is forbidden to mix granules with milk or dairy products, carbonated drinks. The resulting mixture is consumed immediately, can not be stored.

If it is impossible to take the capsules entirely, experts recommend not using the granule dissolving method, but using the Omez Inta suspension form. To mix the suspension, pour the contents of the bag into a clean container and add up to 2 tablespoons of boiled water at room temperature.
Depending on the disease and the course of treatment, it is possible to receive from 1 to 6 capsules or Omez powders per day, the duration of therapy depends on the goals. In preparation for surgery, a single dose is possible, in the treatment of diseases of the gastrointestinal tract, the average treatment duration is 2-8 weeks.

The drug is fairly well tolerated by patients with a low likelihood of side effects. In studies of monocomponent Omez, the following possible side effects have been identified:

If you experience this symptom, you should consult with your doctor.

The analogues of this drug include all monocomponent agents based on omeprazole, as well as pantoprazole (medication Nolpaz). Among them may be drugs with different dosages, the country and the company manufacturer. Direct counterparts include: Omeprazole, Gastrozole, Omezol and others.
What is the difference between this drug and its analogues? Omeprazole, a drug with the same active ingredient, unlike Omez, was produced not in India, but in Russia. The amount and chemical formula of the active substance are the same, but there are no additives in Omeprazole, which, on the one hand, reduces the likelihood of allergic reactions and individual intolerance to additional substances, on the other hand, it increases the likelihood of side effects. The form of release is the same – capsules with an enteric coating of the shell.

Erespal: instructions for use of syrup and tablets for children and adults