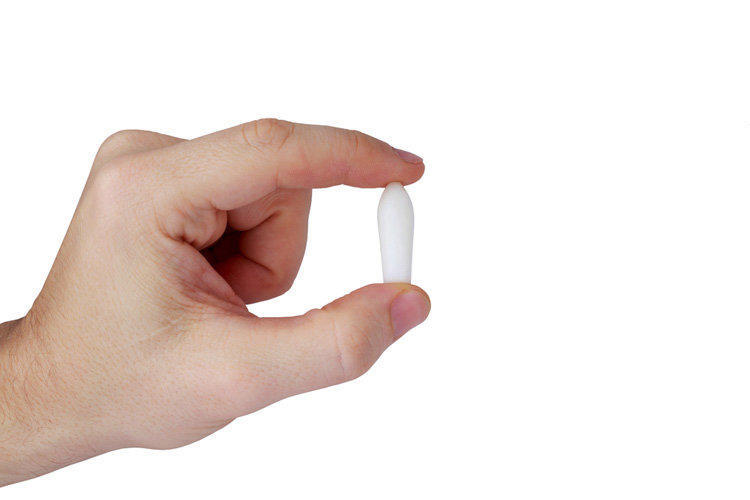 Symptoms that occur during hemorrhoids, not only deliver discomfort of varying degrees, but also indicate negative changes in the walls of the rectum, resulting from varicose expansion of local veins. Disease therapy may be conservative (local antihemorrhoidal and symptomatic drugs: ointments, hemorrhoid suppositories; systemic drugs) and operative, surgical.

With timely treatment to a specialist and the beginning of a course of treatment for hemorrhoids from the disease can be completely cured by conservative means. An important aspect of therapy is the correct choice of drugs: ointments, creams, suppositories used in various forms and stages of the disease.

Forms and stages of hemorrhoids

The classification of the disease is based on the characteristics of the clinical picture in the dynamics and nature of the localization of manifestations. The following forms of the disease are distinguished:

Depending on the size and presence of infringement of hemorrhoids, there are 4 stages of the disease:

Depending on the form and stage, experts prescribe various drugs and procedures for hemorrhoids. In the external form, medications in the form of ointments and creams are often recommended as medications for local action, hemorrhoids suppositories are recommended for internal form, mainly in the initial stages. The most effective is recognized as a complex treatment consisting of general and systemic drugs, diet, exercise complex. In the fourth, most severe stage of the disease, minimally invasive or surgical methods of therapy are recommended.

Depending on the stage and preferential symptoms, drugs are prescribed with the corresponding effect. In the clinical picture of the disease, several treatment orientation factors are distinguished:

Suppositories differ in composition (according to the active substance or their combination, concomitant drugs and components), the severity and duration of the therapeutic effect, may be based on drugs, herbal extracts, homeopathic formulas, multicomponent variations of medicines. The composition of some antihemorrhoidal medicinal suppositories allows their use in other diseases, for example, prostatitis.

Contraindications to the use of rectal suppositories for hemorrhoids

When choosing a product, a specialist takes into account the form and stage of the disease, history and main symptoms, as well as physiological conditions and individual characteristics of the patient, among which are:

Therapy for hemorrhoids during pregnancy and lactation in women is limited, including depending on the trimester of the gestational period. In the first trimester of pregnancy, it is possible to use the following hemorrhoidal candles: suppositories with sea buckthorn, glycerin, calendula, ichthiol, Viburcol, Natalsid, homeopathic candles for hemorrhoids.

Since the beginning of the second trimester, it is possible to use suppositories Aurobin, Relief Ultra, Procto-Glevenol, Gepatrombin G. Independent selection of candles and ointments during pregnancy is not recommended, active substances can have a negative effect on the organisms of the mother and child, affect the gestation process.

Candles for hemorrhoids: classification and rating

Depending on the form and stage of the disease, the clinical picture, the characteristics of the patient’s body, the proctologist prescribes the most appropriate drug. In most cases, the best therapeutic effect is provided by drugs with a complex composition in combination with a sparing diet, drinking regimen, hygienic procedures, an active lifestyle, certain physical limitations.

One of the most popular, inexpensive (average price of 180 rubles / pack.) And effective for internal and external forms of hemorrhoids drugs of local action. Reduces pain, improves blood circulation, reduces the manifestations of the inflammatory process.

In the list of contraindications, the presence of tuberculosis, syphilis, increased likelihood of internal bleeding as a symptom of existing diseases, skin infections of the anus of various etiologies, 1 trimester of gestation. It is applied as prescribed by a doctor.

Contraindications to the use correspond to the list of Hepatrombin G. The course of therapy requires 1-2 packages No. 10 (the average duration of therapy is 7 days 1 time per day, the course can be prolonged up to 14 days).

With external hemorrhoidal nodes, incomplete administration of the suppository is possible and it is held in place until dissolved for 2-3 minutes. using a gauze cloth that ensures uniform distribution of the drug on the damaged surface.

Common and inexpensive heparin candles. In the composition – sodium heparin and benzocaine anesthetic, the active ingredients of anesthetic and antithrombotic effects. In contrast to the listed candles with heparin and painkillers, this combination does not contain a hormonal component, which narrows the list of contraindications to individual hypersensitivity to the active substances of Nigepan.

The course of therapy is 10-14 days, the frequency of administration is 2 p / day.

The combined effect is provided by a combination of anti-inflammatory, antibacterial, regenerating and analgesic effects. Indications for use are the internal form of hemorrhoids, including in the acute stage, inflammatory processes, fissures of the anorectal region.

Proktosedil appointed course of no more than 7 days. The drug contains an antibiotic, as a result of which the course of therapy cannot be independently interrupted or prolonged.

Contraindications to use: pregnancy, lactation, age up to 14 years, individual sensitivity to the components.

Apply a course of 1 suppositories per day (preferably before bedtime), with an exacerbation – 2 times a day.

In the list of contraindications 1 trimester of pregnancy (hereinafter – according to the expressed indications), symptoms of liver failure, liver dysfunction.

Despite the similar name, Relief, Relief Ultra and Relief Advance have significant differences in composition and different indications for use.

Combines a line of drugs component of animal origin – fish oil (shark liver oil). In addition to this component, which has a regenerating property, phenylephrine hydrochloride is included as an active substance in candles Relief, in Advance the second component is benzocaine anesthetic, Ultra – corticosteroid hydrocortisone and zinc sulfate.

One of the popular options for rectal suppositories that do not have contraindications 9 (except for individual sensitivity). Sea buckthorn oil in the composition of candles has a regenerative effect, helps in the healing of cracks.

These candles are most often used in complex therapy.

Extract of belladonna leaves – antispasmodic with a wide range of contraindications. It is used in the treatment of hemorrhoids mainly in case of muscle spasms, infringement of hemorrhoids caused by the course of the disease or the addition of tension to the muscles of the pelvic floor.

Suppositories are available both in monocomponent and complex form.

During the course of treatment, care must be taken when driving vehicles, rolling stock, working with machinery or chemicals that require high concentration of attention and quick response.

It has a wide range of contraindications and side effects. Apply as prescribed by a doctor, on average 1-2 times a day. The maximum allowable amount is 7 suppositories per day.

Combined drug with a combination of hormonal anti-inflammatory and anti-edema effects (fluocortolone) and anesthetic effect (tsinhokain). Preferred for use in severe itching, swelling, has contraindications.

The main criteria for the selection of rectal suppositories and ointments for hemorrhoids are the clinical picture of the disease and the main symptoms. Combined therapy involves the use of rectal forms of drugs for the local effect and oral administration of tablet forms for systemic therapy. For oral administration, venotonics, thrombore-absorbing medications, fortifying medicines are most often prescribed, and if there are dysfunctions of the gastrointestinal tract that impede the process of defecation, medications that improve the processing and digestion of food and soften the feces. How to apply rectal suppositories and ointments. Depending on the course of therapy, topical medications are prescribed by a frequency of 1-2 times a day. With a single appointment, the optimal time for use is in the evening before bedtime.

Before the introduction of the rectal form of medication, it is necessary to perform a hygienic washing of the anus area. If necessary, before use, they clean the lower intestinal tract (microclysters, suppositories with glycerin, etc.) for better absorption and more comfortable waiting for the drug to be absorbed.

Suppose suppositories, rectal capsules and ointments lying on their side (mostly on the left), knees bent. Since even small hemorrhoids are potentially prone to the development of inflammatory processes during traumatization or the introduction of additional pathogenic microflora, before administering the drug, hands should be thoroughly washed, suppositories should be injected with care, avoiding injury to the mucous edges of the nail plates. The most convenient option is to use disposable rubber napalechnikov.

Since most rectal suppositories and capsules begin to melt at temperatures above 25 ° C, the package should be opened after adopting the appropriate horizontal position. The introduction is carried out to the minimum depth. If necessary, or the external form of hemorrhoids, suppositories are administered partially, holding them from being completely ejected with a gauze napkin.

After the injection, it is necessary to wait until the candle is completely absorbed and the substances are absorbed, suppressing the probable urge to defecate: the presence of additional internal pressure after the administration of the drug provokes muscle contractions and can lead to the involuntary pushing of suppositories.

The time period that must be held in a horizontal position for a better therapeutic effect is about 30 minutes. If it is not possible to lie down for a given time, a vertical position is possible with compressed gluteal muscles to hold the drug for 15-20 minutes.

After the resorption of candles, capsules, the use of ointments, a slight release of additional substances from the anus is possible, paraffin, cocoa butter. These are the binding components providing the form to drugs. For hygienic purposes, it is recommended to use absorbent pads, gauze napkins, without immediately washing the surface.

Mexidol: instructions for use and analogues