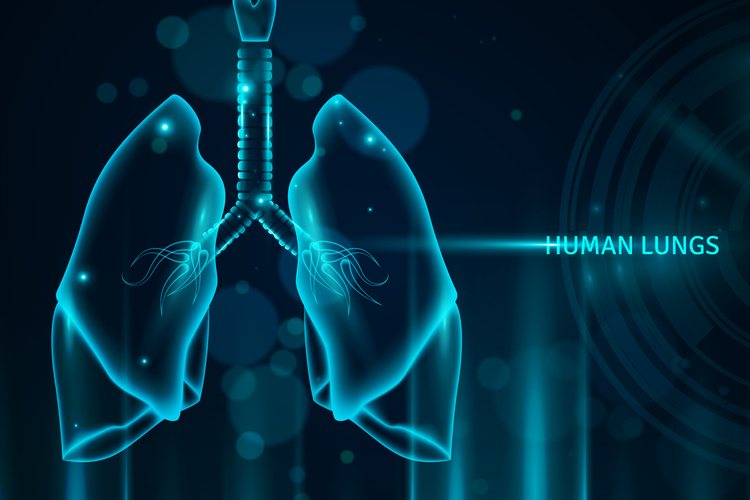 It is well known that overweight people are more likely than others to have breathing problems, but previously it was believed that the reason for this is excess fat in the diaphragm, which puts pressure on the chest. However, a new study published in the European Respiratory Journal showed that a different mechanism is involved.

Scientists from the University of Western Australia performed an autopsy of 52 dead people, 16 of whom died of asthma, 21 suffered from asthma, but died of unrelated causes, and 15 never experienced asthmatic symptoms.

The researchers studied the samples under a microscope and, using staining, quantified the level of adipose tissue present in the walls of the airways. Then they compared the data with the body mass index (BMI) of each person.

As a result, a direct correlation was found between BMI and fat level in the lungs: the more a person was overweight, the more fat cells (adipocytes) were present in the airways.

Adipose tissue consists of thousands of adipocytes. Its main job is to store energy for later use, but it also provides a protective layer. But in the lungs this layer is useless – it only interferes and makes breathing difficult.

“We found that excess fat accumulates in the walls of the airways and increases inflammation in the lung tissue. We believe that this thickening of the airways limits the flow of air into and out of the lungs, and this can at least partially explain the increase in asthma symptoms, ”says associate professor Peter Noble, co-author of the study at the University of Western Australia.

Theoretically, these results suggest that asthma can be treated or even reversed with weight loss.

“More research needs to be done to understand if lung obesity can be reversed with weight loss.” At the same time, we must support patients with asthma by helping them control their weight, ”comments Professor Thierry Troosters, President of the European Respiratory Society, who was not directly involved in the study.

Orange peel will save you from heart attack and cancer