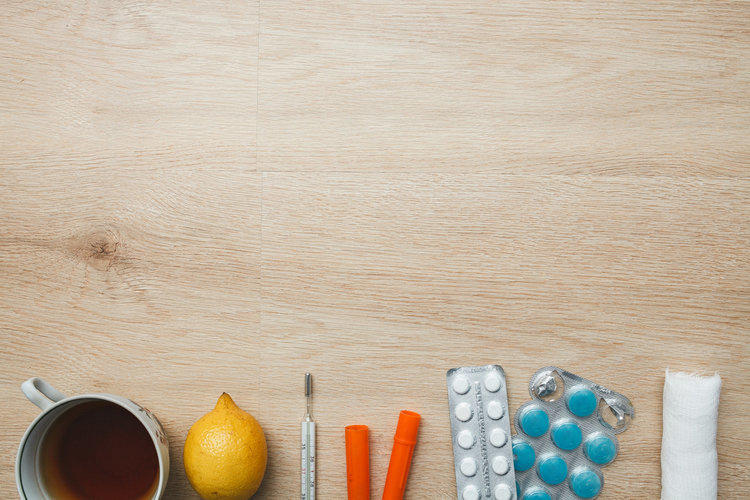 “Any cure for flu and colds,” – is a most often request to the pharmacist at the pharmacy. The traditions of self-treatment during the flu epidemic season are recalled by almost half of the population: the majority wants to recover quickly and, preferably, inexpensively. Of course, the best way to choose the right cold and flu drugs is to see a doctor. However, if such a service is unavailable for one reason or another, it is worth knowing that treatment methods exists, what pills for flu one can buy and in what situations they can be used.

Cure for flu and colds: what are the treatment options?

First, do not confuse the “common cold”, which is usually referred to as a respiratory infection of bacterial or viral etiology, with the flu. Influenza, in contrast to acute respiratory infection, and begins, and proceeds differently, and can cause much more serious complications. Although in mild form, both types of the disease are cured with the support of the body with drugs aimed at alleviating the symptoms, regimen and diet without using potent “cold pills” (antibiotics) and influenza (antiviral drugs)

Before you choose a potent and effective tool, you need to understand the forms of disease. Bacterial infections in mild and moderate (not lingering) form do not require the use of antibiotics. Expressed forms of the disease, long-term “colds” must be treated under the supervision of a physician who will prescribe tests for the most likely causative agent of the disease, evaluate the sensitivity of the pathogenic microorganism to different groups of antibiotics based on the results of laboratory tests and select the necessary drug.

Flu, depending on the severity of the clinical picture is divided into three degrees. The most difficult – the third – in most cases requires the use of antiviral drugs depending on the strain of virus that provoked the disease. Also, antiviral drugs can be used in the milder stages of the disease if the patient is at risk (physically weakened due to age, illness, concomitant treatment, etc.). In other cases, the use of potent drugs and pills for colds (antibiotics) and flu is not recommended: side effects may prevail over therapeutic ones.

The medicine for flu and cold in the understanding of medical specialists is a drug with clinically proven efficacy, therefore, biologically active additives, homeopathic remedies are not included in this concept.
Among the drugs used in the treatment of influenza and ARVI with proven effectiveness, there are several groups:

Antiviral and immunostimulatory drugs should be treated with caution: the discovery of these groups of drugs occurred not long ago, and data on the long-term effects of drug control with viral load are not yet fully understood. A passion for immunostimulants can lead to such consequences as serious autoimmune reactions and diseases and cancers.

Although directly from the “cold”, ARD, vaccinations do not exist, but there are vaccines that help the body produce antibodies to certain pathogens of respiratory diseases of bacterial origin. Their effectiveness depends on the prevalence of the pathogenic organism and the frequency of contact of the patient with the carrier of the infection.
Flu vaccines are well known and have proven efficacy. This vaccine is not part of the mandatory vaccination group, however, WHO experts and local doctors strongly recommend using the opportunity to protect themselves from the flu in advance.
Today, in the pharmacological market there are mainly inactivated vaccines that do not cause complications after drug administration. Among the most common are the following:

It must be remembered that the composition of vaccines change annually, depending on the results of the forecast of researchers for the coming season. The human body is susceptible to infection with the three most common influenza virus strains: A, B and C. Depending on which strain is most likely to be active in the upcoming cold season, pharmaceutical companies create a vaccine that is suitable only for this time.
In case of a mismatch between the directional action of the vaccine and the strain, infection may occur when it comes into contact with the virus, but the course of the disease even with an “incorrect” vaccination will be much less severe.

The group of antiviral drugs provides the highest therapeutic efficacy with early initiation of therapy. Influenza is a disease characterized by a bright manifestation, depending on the strain, from the moment of infection until the first symptoms occur, it takes from 2 days to several hours, and the onset of the disease is always clearly felt.

The first symptoms are usually a sharp fever, chills, headaches, “aching” in the joints, muscle pain, a general sudden deterioration of health. At this stage, taking antiviral drugs brings the greatest effect, suppressing the virus and not allowing it to actively reproduce. In the next stages of the disease, in the presence of a large number of viruses in the blood and tissues, the effect of this group of drugs is significantly reduced.

The peculiarity of antiviral drugs is that at the moment there is no universal pill that can cope with all strains of the influenza virus. Medicines for the most common types of virus, A and B, have been developed, but it is impossible to determine the type of infectious agent without appropriate tests.
Among the most accessible and well-known antiviral drugs are the following:

Antiviral drugs of a new generation – Oseltamivir and Zanamivir – have been developed recently. Their purpose is the treatment and prevention of viral infections caused by strains of types A and B. They use drugs as prescribed by a doctor, timely therapy helps to quickly eliminate symptoms such as body hyperthermia (fever), chills, fever, sore throat, joints and muscles pain, general malaise. The drugs are effective in reducing the likelihood of developing complications. Forms of release: the tableted and solution for inhalations. Before use, you should consult with your doctor.

The following drugs are included in the group of interferon drugs:

Symptomatic therapy – treatment aimed at reducing the severity of symptoms, manifestations of the disease, due to which the body receives additional strength to combat the pathogen. For this group, influenza and ARVI include analgesic drugs, antipyretics, anti-inflammatory, mucolytic and expectorant drugs, as well as fortifying medicines. Their main purpose is to relieve symptoms: headaches, muscle pain, chills and fever, reduce nasal congestion, improve sputum discharge, etc.

Preparations can be either monocomponent or offered in a complex form. For example, paracetamol is a febrifuge, which also has an anesthetic effect. Multicomponent drugs in the form of powders for mixing with a liquid that are common in recent years, as a rule, combine antipyretic, analgesic, antihistamine (anti-edematous) and general strengthening (in most cases due to ascorbic acid) action, helping to quickly eliminate the symptoms of ARVI and flu.

The most common drugs that have antipyretic and anti-inflammatory effects are:

It is worth noting that if the cost of multi-component, easy-to-use preparations in the form of powders for the preparation of hot beverages with a therapeutic effect is higher than the available bar, you can replace them with one-component preparations by examining the composition. Thus, for example, Paracetamol is used as a febrifuge in Coldrex, which costs substantially less.

One of the basic rules of effective therapy for influenza and acute respiratory viral infections is compliance with the drinking regime. Preparations in drinking form have a higher bioavailability, and also help the form of the drug itself – hot drink. If this form is unavailable, it must be remembered that abundant drinking must necessarily accompany the therapy of any viral respiratory disease.