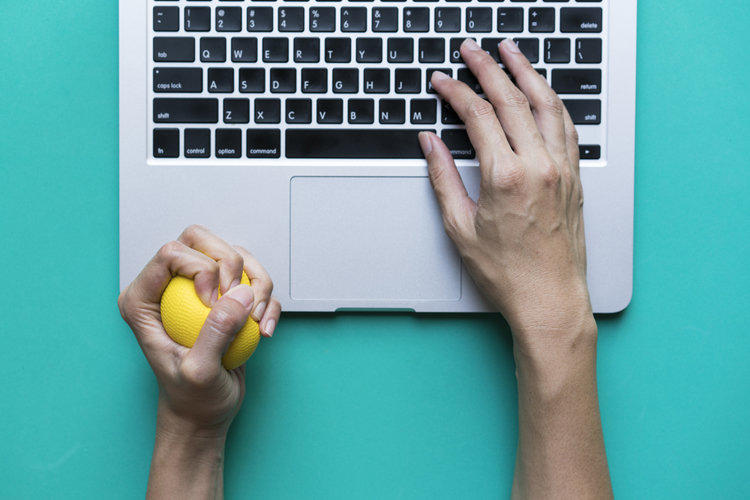 Modern life places high demands on people and filled with stress. Therefore, it is not easy to find a means to cope with intellectual loads and at the same time calm the nerves. Phenibut, a drug that simultaneously combines the characteristics of anxiolytic and nootropic drugs, has such properties.

Description of the drug Phenibut

The main component of Phenibut is gamma-amino-beta-phenyl-butyric (or simply aminophenyl-butyric) acid. This compound, a derivative of phenethylamine and gamma-aminobutyric acid (GABA), plays an important role in brain activity. Its reception normalizes the metabolism of nerve tissue and at the same time signal transmission between neurons. In particular, Phenibut plays an important role in strengthening cortico-subcortical connections, which increases the efficiency of interaction between different parts of the cerebral cortex.

Also Phenibut is capable of:

The anticonvulsant effect of Phenibut, however, is rather weak, and it cannot be used as an anticonvulsant. Also, Phenibut does not affect the adrenoreceptors.

The drug was developed in the mid-1970s in Soviet Union. Originally intended to use it in pediatrics as a means to correct the behavior of young children. But then the medics from the Soviet space program also paid attention to the drug. The fact is that Phenibut possessed one important property – unlike tranquilizers, it not only calmed the nervous system, but also improved the performance of the brain, and also had a minimal amount of side effects typical of tranquilizers, such as worsening of the reaction and decrease in concentration. Therefore, the drug was included in the first-aid kit of astronauts who were going into Earth orbit.

Opinions of experts about Phenibut differ, because it is not known which category it belongs to. On the one hand, Phenibut affects the efficiency of brain processes and has a pronounced nootropic effect. This is due to the relationship of the active substance with GABA. This feature improves cerebral circulation and metabolism of the brain tissue, which has a positive effect on the central nervous system and higher brain functions – memory, logical thinking, intellectual performance. On the other hand, Phenibut shows a pronounced sedative effect, which makes it possible to attribute it to anxiolytic drugs (tranquilizers). This ability of Phenibut, explained by the similarity of the active substance with phenylethylamine, manifests itself in smoothing and arresting negative emotions, increasing resistance to stress. When therapy improves patient’s sleep.

The drug can be used not only in pediatrics, but also for the treatment of older people. When taking the main part of the drug is metabolized by the kidneys and liver (up to 90%). Accumulation of the drug in the tissues of the body does not occur. Only a relatively small amount of the active substance penetrates the blood-brain barrier – 0.1%, which, however, is quite enough to provide a pronounced therapeutic effect. The concentration of the drug in the brain remains high for 6 hours.

Reviews of the drug are mostly positive, many note its high effectiveness and the fact that it has a minimum of contraindications and side effects.

According to the instructions for use, Phenibut is prescribed for various types of mental and nervous disorders, as in adults and children.

Phenibut is also used as one of the tools used in complex therapy of the effects of traumatic brain injury and stroke, intoxication, cervical osteochondrosis, menopausal syndrome, delirium tremens and a pre-delirious state.

Phenibut is available mainly in tablet form. The main dosage is 250 g.

In addition to the main active ingredient, the tablet also includes:

There may be other dosage options. Powders are also available with a dosage of 100 mg, primarily intended for use in pediatric practice.

The drug is produced by several manufacturers – three in the Russian Federation, one each in Belarus and Latvia. Structural analogues of Phenibut are Noofen, Noobut ​​and Anvifen. Since Phenibut is anxiolytic drug, it is sold in pharmacies only by prescription.

The drug has some contraindications. As the instructions for use, it is not recommended to appoint children under 8 years. Although in practice the drug is used at a younger age. Also contraindications are severe malfunctions of the liver and kidneys, intolerance to the components of the tablets, pregnancy and breastfeeding. Also it is prescribed with caution to patients with peptic ulcer. They need a dosage adjustment of the drug.

Side Effects of drug Phenibut

The drug is usually well tolerated by patients. Among the side effects are possible headaches, weakness, drowsiness and lethargy, blood pressure jumps, irritability, anxiety, increased agitation, as well as disorders of the gastrointestinal tract – dyspepsia, nausea, and heaviness in the stomach. Systemic or skin allergies are also possible. To reduce the likelihood of side effects, it is recommended to take the drug after meals.

With long term coursework, the drug can be addictive, and when you stop taking it – withdrawal syndrome. Although the drug does not have a pronounced effect of lethargy, like most other tranquilizers, it is still not recommended to drive vehicles or complicated mechanisms during a course of treatment.

Phenibut, instructions for use

In most cases, an adult drug is prescribed three times a day, one tablet of 250 mg. With the ineffectiveness of this dose of Phenibut, it can be increased to 750 mg three times a day. The maximum daily dose for persons over 60 years old should not exceed 1.5 g. The maximum permissible daily dose for adults under 60 years is 2.5 g. Children under 8 years old should not take more than 0.3 g per day.

According to the instructions for use, the duration of treatment should be set by the doctor in each case. But usually it does not exceed 2-3 weeks. In some cases, the course of treatment can reach one and a half months. If it is necessary to repeat the course, it is necessary to sustain a pause of 2-4 weeks. It is better to stop taking the drug gradually to avoid withdrawal.

With exacerbation of dizziness caused by otitis media, Meniere’s syndrome should be taken 750 mg three times a day. The course of treatment is 5-7 days, then the dose is reduced to 1 or 2 tablets (250-500 mg) with a decrease in the severity of symptoms, and the duration of treatment at this dosage is also 5-7 days.

Also, the drug can be used in the treatment of dizziness caused by injuries or infections. With this syndrome, 250 mg of the drug is prescribed three times a day for 2 weeks.

When using the drug as a means for the complex therapy of osteochondrosis, menopausal syndrome, you should also take the medicine one 250 mg tablet three times a day for two weeks. Then the number of receptions is reduced to two per day.

With an overdose of the drug, such phenomena as nausea, vomiting, pressure drop, increased drowsiness, renal failure, fatty degeneration of the liver are possible. Overdose treatment – symptomatic therapy, gastric lavage, use of sorbents.

Interaction with other substances and preparations

Typically, the drug is well combined with drugs from other groups. When combined with other tranquilizers, antipsychotics, narcotic analgesics, hypnotics, antiepileptic and anticonvulsant drugs, antidepressants, there is a cumulative effect in which the effects of these drugs increases.

It is not recommended to take the drug in conjunction with alcohol, as this reduces the effectiveness of therapy, increases the toxicity of alcohol and increases the likelihood of side effects. This is largely due to the fact that alcohol and phenibut are metabolized using the same mechanisms, which means that some of these substances will accumulate in the body. This circumstance does not contradict the fact that the drug can be used in the treatment of withdrawal and alcohol dependence, since in this case the treatment is usually monitored by doctors and carried out in a hospital.

Fast acting laxatives for constipation for adults and children