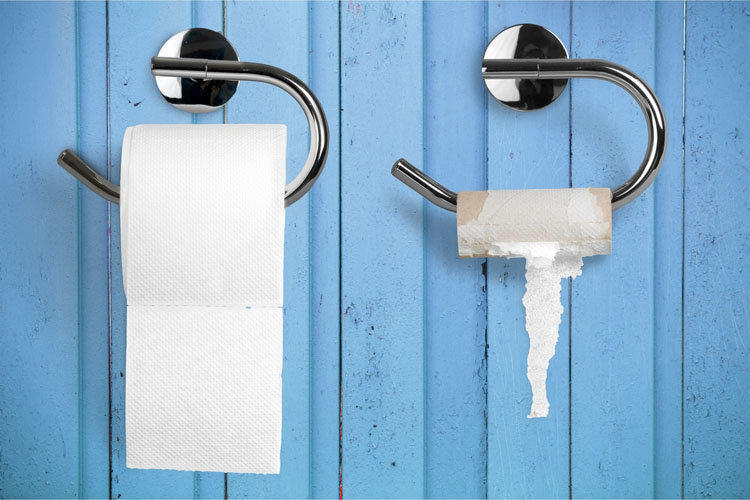 Hemorrhoids is among the most common diseases in the world. It is estimated that approximately half of the population suffers from this disease in one form or another. However, not every patient applies for medical consultation. And this is understandable – it is far from convenient for everyone to tell strangers about their own problems with the anus. As a result, the disease may progress and lead to various complications.

To know how to treat hemorrhoids and what medications to use, you must first understand how this disease occurs. Hemorrhoids are an abnormal veins that pass through the tissues surrounding the anus. This circumstance greatly complicates the process of defecation and leads to very unpleasant sensations.

Depending on where the affected vessels are located – on the inside of the anus, inside the rectum, or on the outside, there is a distinction between internal and external hemorrhoids. The treatment, course and symptoms of these types of the disease differ in many ways. There is also a combined form of hemorrhoids, in which there is at the same time a lesion of both internal and external vessels. The disease usually affects people in adulthood (after 30 years), in children it is rare.

With external hemorrhoids, the vessels located on the outside of the anus expand and form hemorrhoids. These nodes serve as a source of a large number of negative feelings for the patient. First of all, they hurt a lot. The pain can occur both in the process of defecation, in its various moments, and be present constantly, for example, when a person is sitting. Pain at rest can increase and become more frequent as the disease progresses. It may also cause itching and burning.

Another symptom is bleeding. However, they are usually not as frequent and abundant as with internal hemorrhoids. Usually the cause of bleeding is injury to the venous nodes with fecal masses. This symptom is usually characteristic of the late stages of the disease.

Diagnosis of external hemorrhoids is usually simple. However, in most cases it can only be performed by a proctologist. When visually inspecting the anus, hemorrhoids are usually clearly visible. Sometimes the patient himself can find knots in himself. But self-diagnosis in the case of hemorrhoids – not the best solution. The fact is that drop-down nodes can also be observed with internal hemorrhoids, and in this case it is already a more serious symptom that requires more thorough treatment than nodes with external hemorrhoids. In addition, visual inspection is usually easy to determine the size of the nodes and the degree of development of the disease. As an additional measure of diagnosis can be used instrumental studies of the rectum – anoscopy and sigmoidoscopy.

External hemorrhoids usually have several reasons at once and it is often not easy to single out the main one. But knowledge of the causes is extremely necessary in the process of therapy, because otherwise the treatment of external hemorrhoids will be directed only at the temporary elimination of symptoms, and the disease will progress.

Among the main reasons should be highlighted:

In women, individual factors leading to the development of the disease are pregnancy and childbirth. Fetal bearing and especially the generic process creates a significant load on the perineal region, which ultimately leads to diseases of the veins of the anus.

Perhaps the most important factor contributing to the appearance of the disease is the tendency to constipation. When the voltage of the sphincter in the process of defecation, the surrounding veins may not withstand the load and increase in size. Subsequently, the increasing nodes lead to even greater spasms, which eventually results in even stronger constipation. Thus, a kind of vicious circle is formed.

It is also well known that eating a certain kind of food can provoke constipation and lead to sphincter spasms. Such products include spicy, salty and fatty foods, foods high in carbohydrates and low in fiber. Tobacco and alcohol consumption also have a negative effect on vessels.

Hemorrhoids can have periods of remission and exacerbations. However, in general, over time, there is a tendency for the disease to progress.

Untreated external hemorrhoids can lead to a number of complications:

With the development of the inflammatory process may increase the temperature, increased pain, anemia. In this case, the only way to treat external hemorrhoids is surgery to remove the nodes.

We can say that the treatment of hemorrhoids is a real “hemorrhoids”. That is, this process is very long, often painful and not always effective.

Conservative treatment, in turn, can be divided into drug and non-drug. With the initial diagnosis of external hemorrhoids, treatment should be non-drug. This method provides for diet, physical therapy and lifestyle changes. If constipation is the main cause of the disease, and constipation, in turn, is an unhealthy diet, then the patient should pay the most attention to correcting their diet, otherwise all therapy efforts will be useless and at best give only a temporary effect.

There are a number of foods that can cause stool compaction, as well as products that have a laxative effect. These categories of products are largely individual for different people. However, in general, it has been established that many dairy products, fruits and vegetables give a laxative effect, and flour products, chocolate, tea and coffee, on the contrary, fix. Also for a good chair you need to drink plenty of water. To choose the right diet, you should consult with a nutritionist, because other diseases associated with hemorrhoids, such as hypertension, diabetes, irritable bowel syndrome, may also impose restrictions. In addition, with secondary spastic constipation caused directly by hemorrhoids, many laxatives are contraindicated.

For any hemorrhoids, treatment also includes lifestyle changes. If the main cause of constipation is sedentary activity, for example, work in an office, then it is necessary to organize your time in such a way that the periods of sitting alternate with periods of activity. For example, after an hour of work, you can take a break for ten minutes. The seat of the chair should also be soft enough so that body weight does not fall entirely within the anus area.

Another conservative method used to treat hemorrhoids is drug therapy. Now on the market you can find a lot of drugs that can help from hemorrhoids, including external ones. The main dosage forms used are creams, suppositories, pills and ointments.

Preparations have the following types of action:

These are drugs that increase the tone of the veins and reduce venous congestion. Due to this effect, veins can return to normal, and hemorrhoid nodes reduce their size.

However, these drugs are usually contraindicated in pregnancy.

One of the complications of hemorrhoids is venous thrombosis, which causes severe pain and inflammation. Such drugs as heparin and heparinoid are used to eliminate this syndrome.

Treatment of advanced external hemorrhoids, accompanied by severe pain, is impossible without analgesics. However, their use cannot be abused, because drugs that affect the cause of the disease should remain the main treatment.

As a rule, painkillers contain in many ointments and suppositories. These can be substances such as lidocaine, benzocaine, butamben.

But pain syndrome is not the only problem with hemorrhoids. The most important task for symptomatic therapy is also the removal of edema and inflammation.

There are many tools that for hemorrhoids are used against inflammation and to relieve swelling. First of all, it is local anti-inflammatory drugs – steroid (prednisone, hydrocortisone) or nonsteroid (ibuprofen, bufeksamak).

Which drug to choose

Most modern drugs have a complex effect. They can contain both painkillers, anti-inflammatory, antibacterial, veno-tonic and wound-healing agents.

What will help in a particular situation, tell only the attending physician. However, a number of features of the use of drugs does not represent a special secret. For example, with external hemorrhoids, it is preferable to use ointments or creams, rather than suppositories. The latter are recommended only if the external hemorrhoids combined with the internal.

If hemorrhoids are detected, then treatment may include folk remedies. These are fairly inexpensive and effective methods. For example, with external hemorrhoids, anti-inflammatory and antiseptic baths with warm water (approximately + 37 ° C) can be of great benefit. Pour potassium permanganate solutions or herbal preparations with anti-inflammatory effects (oak bark, chamomile, calendula) should be poured into the bath. Also, traditional medicine recommends for external hemorrhoids ointments containing propolis, honey, mummy, lotions from potatoes, clay, carrots.

If conservative treatment fails, surgical methods are used. Also, the indication for surgery is external hemorrhoids, complicated by thrombosis or constant bleeding. The operation can be either to remove the nodes or to remove blood clots from the vessels (in the case of thrombosis). Excision of the nodes is usually carried out under general anesthesia, thrombectomy under local. The operation usually takes no more than an hour, but recovery from it is quite long and can take up to two weeks.

Helminths in humans: what pills to take