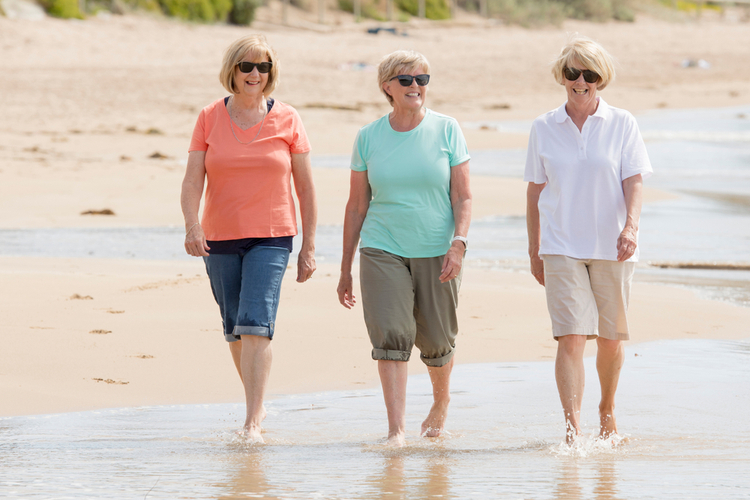 The walking speed of 45-year-olds – especially their highest speed without moving to running – can be used as a marker of brain and body aging. So say scientists from Duke University.

Those who are not capable of significant accelerations, their lungs, teeth, immune system and brain are in worse shape than faster peers.

“It’s amazing that this was found in 45-year-olds, not geriatric patients, who are usually assessed using such indicators,” says Line Rasmussen, professor of psychology and neurology at Duke University.

“Doctors are well aware that people who walk slowly over the age of 70 tend to die sooner than their faster peers,” explains senior author, Terry E. Moffitt, professor of psychology at Duke University and professor of social development at King’s College London – “But now it has become clear that a slow walk is a sign of problems decades before old age.”

Data from a multi-year study of nearly 1,000 people who were born at the same age in Dunedin, New Zealand. 904 subjects were tested, interviewed, and subjected to medical diagnostics.

MRI studies have shown that people with slow gait, on average, have lower total brain volume, less cortical thickness, less brain surface area and a higher frequency of white matter “hyperintensity” – small lesions associated with damage to the small vessels of the brain. In other words, their brains were noticeably older.

In addition, leisurely walkers even looked older in the opinion of a group of eight reviewers who rated the “age of the face” of each participant in the photograph.

True, it is still not clear to scientists where the cause is and where the effect is. Some evidence suggests that the tendency to slow walking can be predicted even in preschool childhood. An alternative point of view considers the prevailing lifestyle of patients as a key circumstance. Further research will establish the truth.

Scientists revealed how the brain is cleansed during sleep