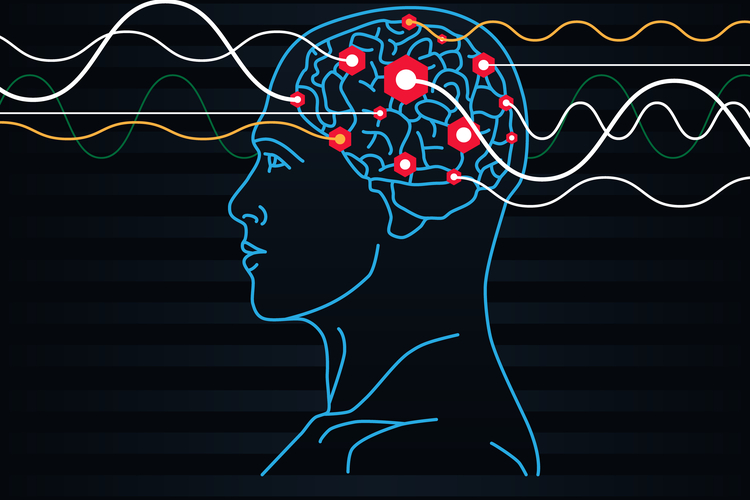 Boston University specialists were trying to understand why poor quality of sleep is associated with an increased risk of various chronic conditions – from dementia to heart disease and depression – and made an amazing discovery in the process of studying the issue. 13 sleeping volunteers from 23 to 33 years old helped them in this.

Usually, there is plenty of people who would like to participate in research where sleeping is involved and they get paid for it. But these people do not yet know what awaits them. For example, the thirteen mentioned were supposed to fall asleep in an EEG headgear inside an operating MRI apparatus, which, of course, was noisy. Some tossed and turned for a long time, but in the end they fell asleep. Obviously, the subjects were motivated by the idea of ​​an upcoming reward.

Scientists, on the contrary, have been awake all night. With the help of EEG, they could see what phase of sleep each of the participants was in: in the phase of deep sleep, all subjects showed something common and previously not seen.

During slow sleep, “large pulsating waves of cerebrospinal fluid” arose in the brainpan, closely related to the activity of brain waves and blood flow.

“We have long known about neural activity waves,” said study co-author Laura Lewis, associate professor of biomedical engineering at Boston University, “but now it is clear that cerebrospinal fluid also forms waves. The sequence of steps is as follows: in the slow phase of sleep, neurons decrease their activity, this entails an outflow of blood from the head, and a wave of cerebrospinal fluid replaces the blood. Then the phase of slow sleep ends, the neurons are activated again and the process reverses.”

Scientists have long suggested that a CSF flow helps flush toxic, memory-impairing proteins from the brain (in particular, amyloid beta and tau protein associated with Alzheimer’s and Parkinson’s diseases. But now they’ve seen for the first time exactly how this happens. This phenomenon is consistent with the appearance of age-related diseases.

It is known that with age, our brain generates fewer slow waves – sleep becomes more superficial. Researchers now understand how this can affect blood flow in the brain and the pulsation of cleansing CSF. The waves of cerebrospinal fluid become smaller, which probably leads to the accumulation of toxic proteins and memory loss.

Interestingly, previously scientists were not inclined to link these processes, but now the generally accepted point of view can change.

In order to study in more detail how aging affects blood flow during sleep and CSF in the brain, Lewis and her team plan to invite older people to test. True, researchers are a little worried about how elderly people will fall asleep in an unusual setting, but science requires sacrifice.

The team of scientists is confronted with a mystery that they certainly want to solve: how exactly do our brain waves, blood flow, and CSF synchronize so perfectly with each other? Perhaps, with age, there is not just a decrease in a certain wave activity, namely, desynchronization?

It is also interesting to identify the cause-effect relationships of the phenomenon. What is nevertheless primary in the coordinated actions of the triad of neurons-blood flow-cerebrospinal fluid? Or is there some kind of hidden power that controls the process from the outside? These questions are still waiting for their answers.