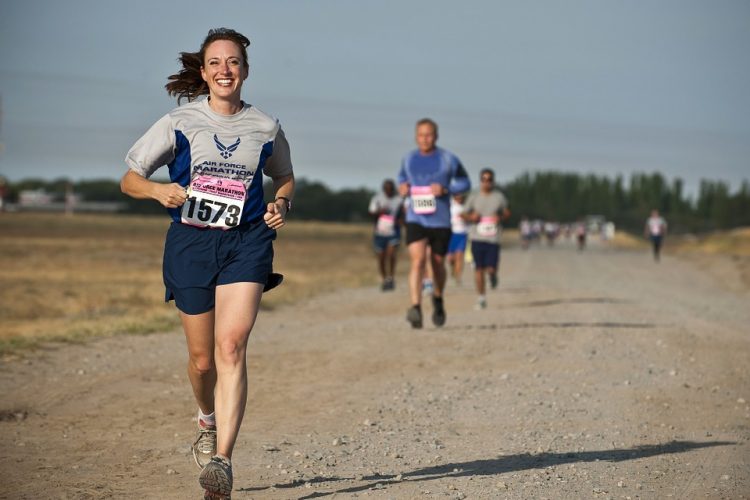 To run faster, you need to run with your legs tied. Researchers at Stanford University have already managed to test this method on the runners and the results exceeded expectations.

You may already be aware that for a human, running is one of the most inefficient means of transportation in terms of energy consumption. Less than 8% (!) of calories burned is used for the characteristic movement of the legs and maintaining a constant speed. The rest essentially goes nowhere – just to take the body off the ground and maintain balance.

Most running devices are designed to reduce the energy costs of the second type. However, Stanford scientists took a different path and were able to directly reduce the cost of moving their legs. And they did it, at first glance, in a paradoxical way.

The legs of the runners were connected with an easily stretched rubber band and the run was noticeably accelerated.

Not only did the device facilitate the work of the tendons needed to move the legs (as was originally assumed), it also helped redistribute the center of gravity in the most efficient way.

A novelty was created by mechanical engineer Elliot Hawks. He admitted that he had spied the idea in the animal world. According to the expert, some well-running animals have tissues that provide a similar spring effect.

Hawks first checked the device on himself and was satisfied: “This is amazing; you feel both lighter and faster. ” The spring essentially plays the role of an additional tendon, allowing you to take shorter and faster steps without additional effort.

19 participants who became part of the first experimental group had similar sensations. At the beginning of the experiment, the subjects were warned that the “ex-tendon” would improve their running performance, but only if they did not focus on the inconvenience and try to think about something else.

However, fears were in vain. Everyone quickly got used to the new running chip, no one stumbled and soon a pretty frisky run began.

“A runner with a natural pace of 2.7 m / s and a personal record of the 4:20 marathon with our device can count on at least a 6% improvement in the result, that is, there is every chance to improve the personal record up to 4 hours,” the authors conclude .

If this statement seems unconvincing, then the easiest way is to check everything yourself in practice. It is quite affordable.

For example, in the above-mentioned experiment, the “ex-tendon” was an ordinary latex medical tube with a loop and carbines snapped on sneakers. The authors explained that for the desired effect, the length of the tube should be about a quarter of the runner’s leg length from the hip joint to the ankle.

According to Elliot Hawks, one of the participants in the experiment compared the device with an electric bike: “You just suddenly ride faster, and that’s great.”

High doses of vitamin D can lead to kidney failure