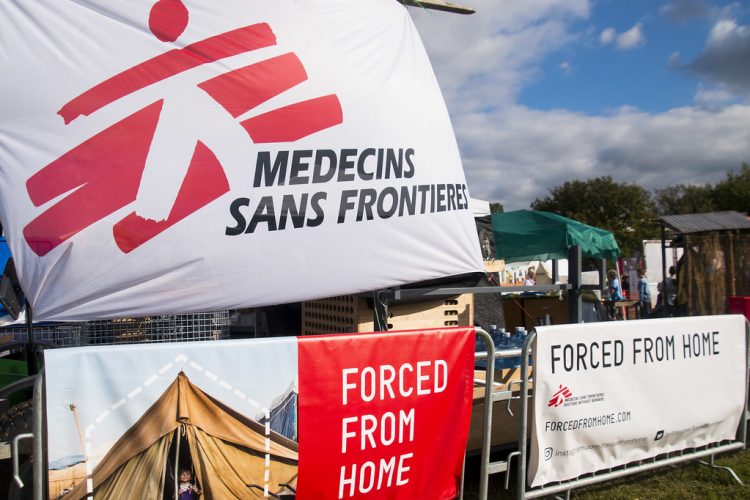 Doctors Without Borders is calling on Johnson & Johnson to halve the price of a lifesaving tuberculosis drug, called bedaquline, to make it more accessible to patients around the world.

Currently, a six-month supply of the drug for a single person costs $400 in countries around the world that participate in the Global Drug Facility, a United Nations-linked organization that is the world’s largest provider of tuberculosis medication. A 20-month supply is slightly cheaper at $1,200, or $2 a day, though the drug is pricier in more developed countries.

Doctors Without Borders, also known as Médecins Sans Frontières (MSF), is demanding that bedaquiline cost no more than $1 per day — or half its current lowest price, making a 20-month supply available for $600. The group argues that because taxpayer, non-profit and philanthropic contributions helped fund the development of the drug, J&J should not have sole discretion over how it is priced.

“Those who contributed to bedaquiline’s development should have a say in how the drug is priced,” said Sharonann Lynch, HIV & TB policy adviser at MSF. “There are problems in the system where the U.S. can contribute so much but not have any say in drug-pricing policies, licensing policies or the governance of the drug.”

The price of bedaquiline has decreased in recent years, but not by enough, according to MSF. A six-month regimen cost $900 when the drug became commercially available in 2014. The following year, J&J announced a drug donation program in response to staunch opposition to the drug’s price at the time.

MSF’s plea comes after the World Health Organization (WHO) last year began recommending that bedaquiline be used as a core part of an all-oral treatment regimen for drug-resistant TB. Bedaquiline acts as substitute for injected drugs, which are generally used for up to 30 months and which can have side effects including abdominal pain, nausea and vomiting.

“We have seen so many patients go deaf, lose their jobs or lose their lives because they had no option other than the excruciating TB drugs that had to be injected,” said Pilar Ustero, medical advisor for MSF’s Access Campaign, in a statement. “Bedaquiline is proving to be a game-changer, giving those people with [drug-resistant] TB who can access it a better chance to be cured, without the toxic side effects. We need this drug to be affordable for everyone who needs it, everywhere.”

More people need the drug now than ever before, according to MSF. There were an estimated 558,000 new cases of drug-resistant TB in 2017, according to the WHO.

“It’s painful to then see such a slow scale-up of this drug considering what it can do for people. It not only increases cure rates, but also has fewer side effects,” Lynch added.

Still, since 2018, fewer than 12,000 people have been treated with a regimen including bedaquiline, according to MSF’s survey of national TB programs. “This is a paltry figure considering that an estimated 80% of the 558,000 people who develop DR-TB annually should be treated with this drug,” MSF said in a press release.

MSF has previously called on J&J to drop the price of beqauiline, but the drugmaker never directly responded.

J&J vice president Seema Kumar said in a statement to CBS MoneyWatch that it shares “MSF’s goal of ensuring that bedaquiline reaches all patients who need it.”

“Bedaquiline is available in more than 130 countries at a not-for-profit price of $400 – which is on par with or even cheaper than some generic medicines used to treat TB,” Kumar added.

“J&J being protested by MSF is a form of flattery,” MSF’s Lynch said. “We are saying, ‘We like your drug, we need your drug and we would like more people to benefit from your drug.’ But we know that as long as the cost remains high, we are not going to see countries switch.”

New drug can stop cancer from developing resistance to treatment

The main reason for antibiotic resistance has been found within humans