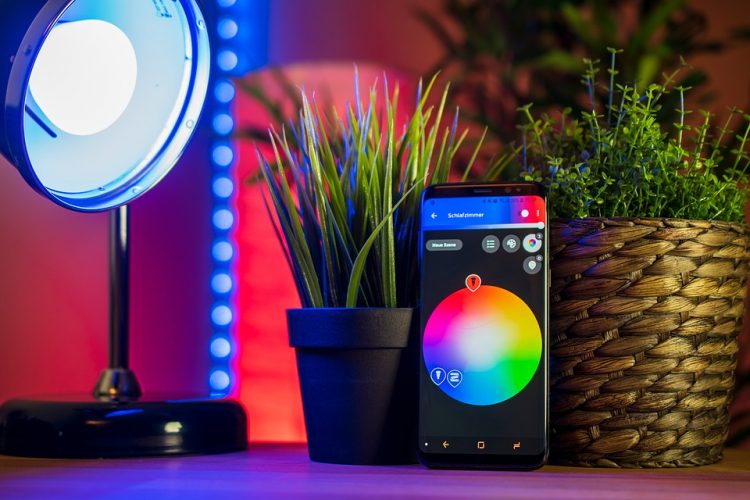 A new study by a medical team from Oregon University indicates that blue wavelengths produced by light-emitting diodes from computers and smart phones damage cells in the brain and not just the retinas of the eyes and even when there is no exposure to eyes, but just exposure to body parts, aging, brain damage and also epigenetic mutations occur.

Putting it simply, prolonged exposure to blue light, such as that which emanates from your phone, computer and household fixtures, could be affecting your longevity, even if it’s not shining in your eyes. Daily exposure of about 3 to 4 hours per day is sufficient to cause damage. The study was published in Aging and Mechanisms of Disease Journal.

Professor Dr Jaga Giebultowicz, a researcher in the OSU College of Science who studies biological clocks, led a research collaboration that examined how the organism, Drosophila melanogaster, the common fruit fly responded to daily 12-hour exposures to blue LED light, similar to the prevalent blue wavelength in devices like phones and tablets and found that the light accelerated aging, brain damage and epigenetic changes. The common fruit fly is an important test model organism because of the similarities in its cellular and developmental mechanisms that it shares with other animal models and humans.

The test subjects that were exposed to daily cycles of 12 hours in light and 12 hours in darkness had shorter lives compared to flies kept in total darkness or those kept in light with the blue wavelengths filtered out. The flies exposed to blue light showed damage to their retinal cells and brain neurons and had impaired locomotion. The flies’ ability to climb the walls of their enclosures, a common behavior, was diminished. Some of the flies in the experiment were mutants that do not develop eyes, and even those eyeless flies displayed brain damage and locomotion impairments, suggesting flies didn’t have to see the light to be harmed by it.

Dr Jaga Giebultowicz, a professor of integrative biology at OSU commented, “The fact that the light was accelerating aging in the flies was very surprising to us at first. We’d measured expression of some genes in old flies, and found that stress-response, protective genes were expressed if flies were kept in light. We hypothesized that light was regulating those genes. Then we started asking, what is it in the light that is harmful to them, and we looked at the spectrum of light. It was very clear cut that although light without blue slightly shortened their lifespan, just blue light alone shortened their lifespan very dramatically.”

According to Dr Giebultowicz, natural light is crucial for the body’s circadian rhythm, the 24-hour cycle of physiological processes such as brain wave activity, hormone production and cell regeneration that are important factors in feeding and sleeping patterns.

“But there is evidence suggesting that increased exposure to artificial light is a risk factor for sleep and circadian disorders. And with the prevalent use of LED lighting and device displays, humans are subjected to increasing amounts of light in the blue spectrum since commonly used LEDs emit a high fraction of blue light. But this technology, LED lighting, even in most developed countries, has not been used long enough to know its effects across the human lifespan,” further commented Dr Giebultowicz, who also added that the flies, if given a choice, avoid blue light. “We’re going to test if the same signaling that causes them to escape blue light is involved in longevity,” she said.

Dr Eileen Chow, faculty research assistant in Giebultowicz’s lab and co-first author of the study, notes that advances in technology and medicine could work together to address the damaging effects of light if this research eventually proves applicable to humans. Human lifespan has increased dramatically over the past century as we’ve found ways to treat diseases, and at the same time we have been spending more and more time with artificial light,” she said. “As science looks for ways to help people be healthier as they live longer, designing a healthier spectrum of light might be a possibility, not just in terms of sleeping better but in terms of overall health.”

The researchers advised there are a few things people can do to help themselves that don’t involve sitting for hours in darkness, eyeglasses with amber lenses will filter out the blue light and protect your retinas. And phones, laptops and other devices can be set to block blue emissions.

There are phones being developed that auto-adjust their display based on the length of usage the phone perceives and there are also newer types of computers screens, LED Lightings etc being developed to address the problem but it might take another decade before its commercially viable.

Computer vision syndrome on the rise among office workers

How are wrinkles on worm skin and human health related?