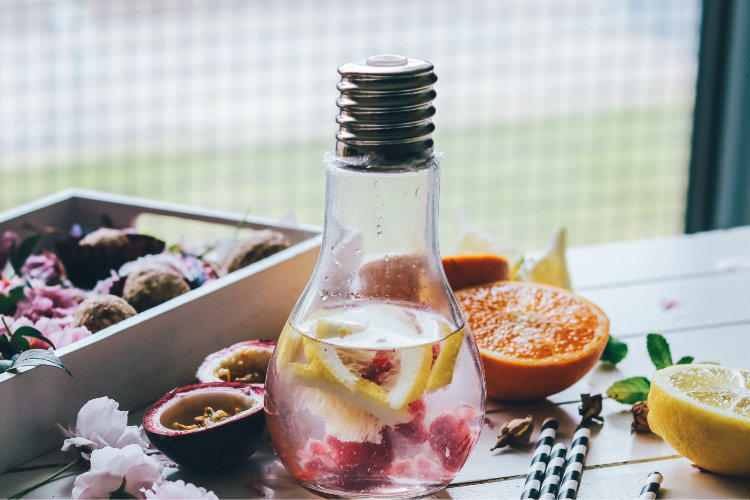 Warm water with lemon in the morning is perceived nowadays as a “magic elixir” that can restore beauty, youth and vitality. Of course, if drank regularly, and at the same time accompanied by other essential components of healthy lifestyle .

Despite the fact that the euphoria about lemon water has subsided somewhat at the moment, Gwyneth Paltrow, Naomi Campbell and other stars continue to say that it is water with several slices of lemon that helps them keep their body in excellent shape. Is it true or not? Let’s figure it out.

History of water with lemon

“In the third century AD, the Romans considered lemon to be the antidote for all poisons. This is the legend of two criminals who were exposed to the bites of poisonous snakes, but that one of them, who ate a lemon before the execution, managed to survive. It can be assumed that the talk about the healing properties of lemon went from there,” says Jean Carper, an expert at The Food Pharmacy.

Adherents of another theory suggest that talks about the “lemon magic” started in the Middle Ages. It was then that people often began to serve fish with lemon pieces, and the goal was not to disclose the taste of the dish. The fact is that citric acid contained in a bright yellow fruit could soften fish bones, and thus reduce the risk of them getting stuck in the throat.

Truth and myths about water with lemon

Today there is so much information about water with lemon that it is easier to get lost in it. It is important to bear in mind that most of it is harmless, but still a fiction, not confirmed by a sufficient number of studies. So:

Does lemon water speed up metabolism?

No. Of course, it can have an indirect effect on metabolism, except that the effect will be negligible.

Yes, as this is still water, albeit with additional taste characteristics.

Does lemon water cleanse the liver?

Most likely not. In any case, there is no scientific evidence on this.

Does lemon water increase the level of vitamin C in the body?

A little bit. It depends on how much lemon you add to the water. Plus, dogrose broth or a salad with bell pepper in this case will be more useful.

No, because food or drinks that enter the stomach cannot significantly affect the pH.

Should I replace juice or coffee with lemon water?

This is a good idea. The fact is that there is no sugar in lemon water, which means you will have even more energy than before (due to stable blood sugar levels).

The magic of water with lemon, in fact, can be a purely psychological story. So, lemon juice makes ordinary water more aromatic and bright in the sense of taste, and therefore you will be much more eager to drink it. And, as a result, you will drink more than usual. This is especially important to keep in mind for those whom 2 liters of water a day is an impossible task.

Psychologists add that a sense of pride that accompanies each healthy choice in your diet, be it water with lemon or salad instead of fried potatoes for dinner, has a positive effect on the brain and body. Studies show that the placebo effect – namely, in this case we are talking about it – can lead to quite real physical and emotional changes.

How to lose weight on extra couple of pounds: 3 ways that scientists have discovered

5 heart health products that will surprise you

Vitamin B12: why do you need it, where it contains, when to take

Omega-3, omega-6, omega-9: what are fatty acids and why they are needed