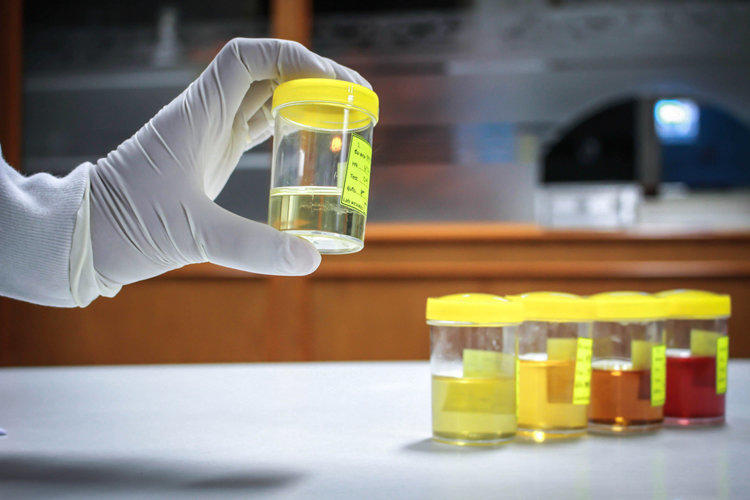 Almost everyone in his life at least several times passed the general urinalysis. This study in modern diagnostics is one of the most popular, as it allows you to define a variety of indicators of the systems of vital activity of the human body and fix a number of developing pathologies.

In essence, urine is a biological fluid, through which the process of excretion of metabolic products from the body occurs. Among other things, toxins, excess vitamins and hormones, ions, excess water and many other components are excreted in the urine. In the normal state, this withdrawal process balances the level of many components of the human body, collecting surplus and waste products.

From a diagnostic point of view, urinalysis is highly valued due to a number of factors:

Many people know that urine analysis is included in the list of general diagnostic tests. For example, they pass urine at any medical examination. At the same time, there is a fairly clear list of diseases for which suspected urine is one of the main diagnostic methods. These include all types of diabetes, jaundice, cholangitis and gallstone disease, pancreatitis, renal failure of all forms, almost all types of tumors, as well as inflammation of the urinary system.

In addition to specific diagnostics, urinalysis allows to evaluate the work of the gastrointestinal tract, kidneys, cardiovascular system and other groups of organs. And this, along with blood tests, makes urinalysis one of the most popular types of diagnostics.

Externally, the simple procedure for passing urine actually requires adherence to a number of simple rules. They allow you to avoid errors in the analysis and eliminate the manifestations of false indicators, which may lead the doctor in the wrong way in terms of therapeutic treatment. The rules for collecting urine look like this:

Now, in more detail about the analysis itself. Urine in the laboratory is studied in five areas:

Consider each of these groups of indicators in more detail.

This group includes those indicators that can be analyzed using the senses. In relation to urine organoleptic indicators include:

Diuresis is the volume of urine that is excreted by the body over a certain period of time. This indicator in a normal state should be equal to three quarters of the volume consumed by a person of fluid. In absolute terms, the daily diuresis figure should be about two liters.

Diuresis is not assessed by the fluid collected for analysis, but by examining the patient’s history. In fact, in his words. Based on the information collected, the following are distinguished:

One of the most subjective indicators of analysis. There are about a dozen specific urine odors, which are denoted by certain terms and indicate certain problems. In particular, the fecal smell of urine indicates a cystic-rectal fistula, putrefactive – gangrenous inflammation of the bladder, ammonia – fermentation processes in the urinary tract and so on. Many laboratories do not use this indicator due to its subjectivity.

Normal is not a sharp peculiar smell without impurities.

This parameter on urinalysis forms is indicated by the Latin word “Color”. The normal color of urine is yellow in any variations. This color is determined by urochromes – products of bilirubin metabolism. Deviations of urine in color emit about a dozen. Consider them in the form of a table:

In addition, certain foods with coloring pigments affect urine color, so morning urine is taken for analysis to minimize their effect on this indicator.

In normal condition, urine is transparent with no visual third-party impurities. If turbidity is present in the analysis fluid, then the substance that caused it is determined in the laboratory. This is done using certain procedures:

Urine frothiness is analyzed by shaking. The normal indicator of urine is unstable, with a high degree of transparency, foam in a small amount. The most pronounced abnormalities are thick persistent foam – a marker of the presence of protein in urine, as well as a yellow foam, which provokes jaundice.

Physical and chemical study of urine

In the physico-chemical part of urinalysis, two indicators are determined: the density and acidity of the urine. In the analysis form, they are indicated by the symbols “SG” and “pH”, respectively.

For the normal indicator of urine density adopted a range of 1010-1022 grams per liter of fluid. In a number of laboratories for morning urine, these numbers are shifted to 1018-1026 g / l, but this is not essential. The density of urine depends on the presence of certain microcomponents in it: protein, sugar, salts, bacteria.

The condition of insufficient density of urine is called hypostenuria. It can be caused by diuretic medications, diabetes insipidus, renal failure, hypertension.

With an increase in urine density above 1026 g / l, hyperstenuria develops. It is believed that it causes toxicosis, diabetes, puffiness of a different nature.

Interestingly, in children under ten years old, SG in the general analysis of urine is slightly lower than in adults. And the normal range here is 1007-1021 g / l.

The pH in urinalysis is normally 5.0-7.0. That is, urine is a weakly acid or neutral liquid. A change in the index towards an acid reaction, that is, a pH of less than five is a likely consequence of the following pathologies:

In addition, an excessively meaty diet and a number of medications, including banal ascorbic acid, can lead to an acidic reaction of urine.

A pH above 7.0 is an alkaline reaction. The reasons for this may lie in the predominance of vegetables in food, the use of alkaline mineral water, kidney failure, hyperkalemia, alkalosis, inflammatory processes of the urinary system.

The biochemical part of the urinalysis is aimed at determining protein in urine. This indicator has the designation “PRO”. The norm is the concentration of protein, not exceeding 0,033 grams per liter. In this case, this figure is not quite correct designation. The fact is that there should not be a normal protein in the urine, but the laboratory methods used are able to determine only such a concentration, so it is from it that it is customary to diagnose abnormalities. Excess protein concentration is called proteinuria. It can be light (protein up to 0.5 g / l), moderate (up to 2 g / l) and pronounced (more than 2 g / l). The main reason for the increase in protein in urine is jade. In addition, physical exertion, protein foods, effects on the body of high or low temperature can lead to light proteinuria.

At this stage of the general analysis of urine, organized and unorganized sediment, as well as cylindruria, are examined. In total, microscopy of urine allows you to determine about a dozen components of the analyzed fluid.

This item gives an idea of ​​the presence of four components in the urine. Consider them in the form of a table:

This study focuses on the study of ions and salts in urine. In total, they can occur up to ten. But most often in the urine urates are found (may be a manifestation of gout, leukemia, diathesis, hepatitis), phosphates (cystitis) and oxalates (diabetes, pyelonephritis). In addition to them, ammonium urate, uric acid, and tripelphosphates can be released in an unorganized sediment, but they do not have a clear specification.

This term refers to the study of protein casts that are formed in the urinary tract. Classify cylinders by place of origin and appearance:

Cylinders of epithelial, waxy, pigment and leukocyte types are also found, but they appear much less often.

The final stage of urine testing includes determining the presence of bilirubin, hemoglobin, glucose and urobilinogen in urine.

Bilirubin (BIL – designation in the form of analysis) with normal values ​​in the urine is absent. In this case, in the form of analysis, you can see the record “neg” or “negative”. The appearance of this bile pigment indicates that its concentration in the blood is exceeded, due to which the function of removing bilirubin from the body is shifted to the kidneys. This may be a manifestation of cirrhosis, hepatitis, liver failure, gallstone disease .

Hemoglobin is normal in the urine is also not. Its appearance is evidence of the strong destruction of red blood cells, because of which the volume of hemoglobin in the blood increases. The spleen and liver, which break down hemoglobin, cannot cope with high concentrations, and it is excreted from the body in the urine. Fixation of hemoglobin in urinalysis can be a manifestation of hemolytic disease and malaria, a consequence of contusions, burns and traumatic injuries or poisoning by a number of substances.

Glucose (GLU) is normally present in urine at concentrations up to 0.15 g / l. Exceeding this figure is one of the first signs of diabetes. In addition, an increase in blood glucose can cause pancreatitis, renal diabetes, sepsis, and brain tumors. In addition, the increase in glucose concentration in the urine may be due to excessive consumption of sugar, as well as stress, especially in women during pregnancy.

Urobilinogen (UBG), which is a product of bilirubin cleavage, may be present in the urine at concentrations up to 17 micromolls per liter. Exceeding this figure is a consequence of the inability of the liver to bind incoming urobilinogen and its removal from the body through the kidneys. Inflammatory processes in the intestine, significant destruction of red blood cells, and kidney failure can lead to exceeding the norm of urobilinogen.

Increased blood eosinophils in women and children: causes of abnormalities and norms

7 organs one can live without