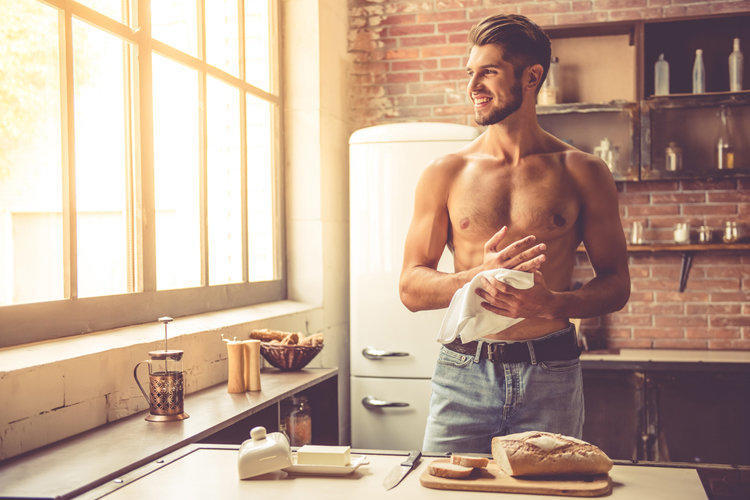 Advertising rules our minds. We all remember that the largest number of bacteria is hidden under the rim of the toilet bowl. But is this really the case and is the toilet really the most dangerous “bacterial” place from where you have to be during the day?

In fact, this is not entirely true – the danger of the toilet seat as a source of pathogenic microorganisms is greatly exaggerated. But other objects to which you touch much more often, are fraught with no less danger to health.

About the sponge, as the dirtiest thing in the kitchen, has been said more than once . Many researchers believe that this rather innocuous-looking object is much dirtier than a toilet bowl.

Salmonella and E. coli grow well and multiply on a damp sponge, as well as Campylobacter, a common cause of food poisoning.

Sterilizing a sponge, making it completely safe, is almost impossible, which means that the only way to protect yourself and your house is to change this kitchen accessory more often. About once a week.

The towel with which you wipe your hands after cooking and washing dishes is also a breeding place for many not very useful microorganisms. On the surface of towels there is often the same set of bacteria as on the surface of kitchen sponges. The number of them, according to the results of one study, almost a quarter more.

Scientists advise to switch to paper towels, and if it is impossible to do this, wash the kitchen at least once every two days.

Does your bed seem to be a place of cleanliness, coziness and comfort? We will not argue about comfort, but scientists are doubtful about cleanliness. People sweat in their sleep, which means that sheets, pillows and blankets become the ideal breeding ground for bacteria and the growth of fungi. Add to this the numerous skin scales with which your bed is literally strewn, and you will receive practically resort conditions for the growth of microorganisms. Scientists recommend to change bed linen once week or even more often.

Experts resource FitRated claim that the equipment in the gym is no less dangerous than the territory of your kitchen. For their study, the authors took samples from the surface of various simulators and found out which bacteria and in what quantities live on them.

It turned out that the number of bacteria that live on dumbbells, 360 times the number of bacteria on the very notorious rim of the toilet. Changing dumbbells as often as kitchen sponges, of course, is quite problematic, but they are much easier to disinfect. Scientists advise wiping sports equipment (not only dumbbells, but also the handrails of simulators) before and after training, and athletes often wash their hands and try not to touch the face.

Door handles are items that are touched daily by various people. Pathogens can linger on their surface, and then fall on the hands and mucous membranes.

People grab door handles all the time: microorganisms do not have time to die and are successfully transferred from one to another. In one study, it was shown that viruses spread on the surface of the door handle in less than 4 hours spread across a fairly large office, infecting about half of the staff.

The list of items around us that can be a potential source of infection can be continued. However, not everything is so bad. Compliance with the simplest security measures will help not to get infected, or at least reduce the risk of infection.

Wash your hands regularly, try to wean yourself regularly touching your face and especially your eyes, wash towels and bedding more often – in this case, the chance of getting something will become significantly less.

7 organs one can live without

Why do I constantly want to sleep: the causes of sleepiness

How to recognize diabetes: alarming symptoms