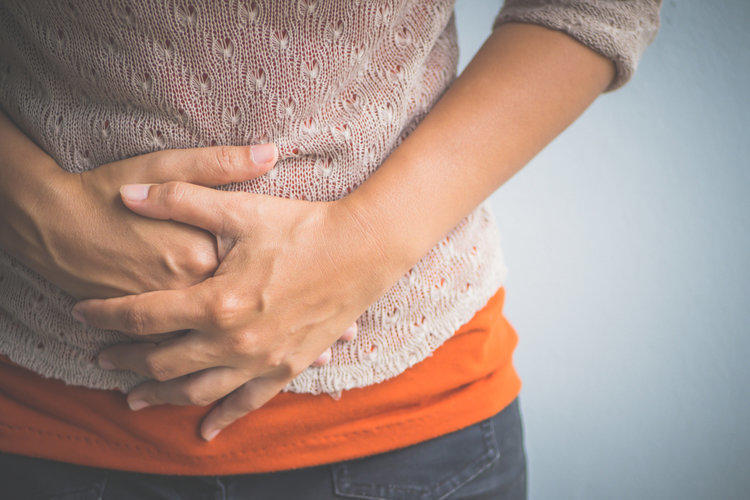 Flatulence is bloating and increased flatulence in the intestines. The cause of this disorder in healthy people may be the specificity of the food or a tendency to constipation: the incoming food lingers in the intestine, causes putrefactive processes, producing gases. Abundant gas formation may indicate the development of the disease.

The intestine of a healthy person contains about 200 milliliters of gases. A day they circulate in the body about 20 liters:

Removal of gases from the body through the rectum (passage of flatulentsii), belching, entering it in the blood and with exhaled air. The direction of dispersion (exchange) of gases is determined depending on the muscle tone of the diaphragm and the abdominal wall, on the motor activity of the intestine. High density of feces, impaired metabolic function makes it difficult to dissipate with blood. This forms large accumulations of gases.

Predisposition to flatulence is explained by differences in the composition of microflora. Causes of bloating may be as follows:

The emergence of flatulence contributes to the food products with high gas-forming potential:

Increased gas formation causes nourishment with fatty foods; ration 1 ─ 2 times a day in large portions, which causes an increased load on the stomach and large intestine.
In disorders of the digestive processes, flatulence is observed in patients with enzymatic deficiency, a violation of the enterohepatic circulation of bile acids, with dysbacteriosis. With the deterioration of the motor activity of the intestine, flatulence is characteristic of aerophagy (ingestion of large portions of air), intoxication, scleroderma (connective tissue disease), and during surgical interventions. The development of aerophagia contributes to the rush during a meal, talking over a meal, smoking, drinking carbonated drinks, chewing gum, candy, unsuccessfully fitted dentures. Aerophagia manifests itself in anxiety, tick, hysterical neurosis.

Clinical signs of flatulence are quite pronounced:

Abdominal distension gives the feeling that it is bursting, it increases in volume, clothes are cramped, there is a rumbling. The patient from time to time feels dull or aching pain in different parts of the abdominal cavity without a clear positioning. With gas colic painful cramps. The pain goes away after the passage of flatulentsii.
Also, flatulence causes the following disorders: nausea, bad breath, diarrhea or stool retention, lack of appetite.

A variety of factors affecting the occurrence of flatulence is the main problem in treating this disorder. If nutrition is the leading cause of flatulence, diet is the basis of treatment. It is necessary to eat foods with low gas-forming potential: white rice, bananas, citrus fruits, hard cheeses, white meat, eggs, non-carbonated drinks, yogurt. To determine the individual reaction of the body to food, test elimination diets are carried out – alternately excluding “suspicious” products. Listen carefully to the reaction of your own body to a different combination of products.

With aerophagy, the treatment of flatulence will be successful if you get rid of bad habits:

If the cause of flatulence is a disease, treatment involves the use of comprehensive measures aimed at healing or alleviating the pathology, relieving its symptoms.
Drug treatment of flatulence:

Well eliminates flatulence drug Espumizan (simethicone). It prevents the formation of bubbles, destroys them, and also eliminates belching and bloating. The drug can be taken by diabetics and patients with digestive disorders. Espumizan acts locally and is completely excreted in the feces. The drug is safe and can be used for a long time.
“Carminative” products help to treat flatulence:

Flatulence is common, but little studied. One of the pressing questions is to determine whether gas formation is excessive or simply the abnormal sensitivity of the intestine gives the person discomfort.

Increased blood eosinophils in women and children: causes of abnormalities and norms