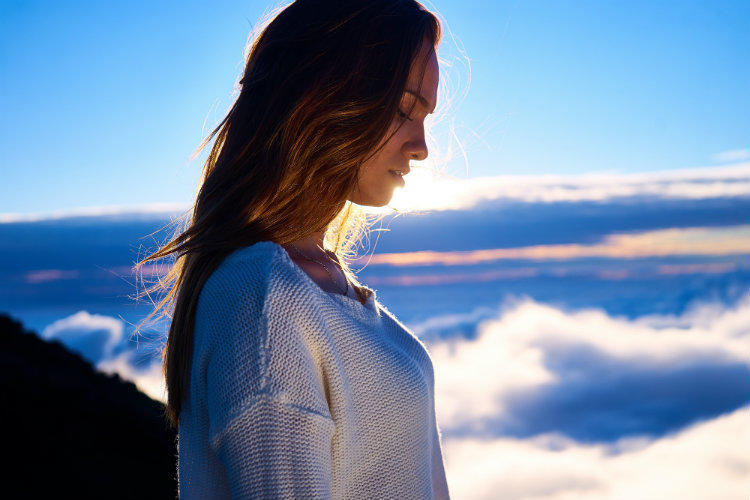 What do you know about premenstrual syndrome (PMS)? Except, of course, that this is usually featured in comedies, portraying a girl who is gradually going insane or crying about and without. In fact, this is a much more complicated story, connected with anxiety, bouts of aggression and panic, unmotivated sadness and a desire to run away from people (not to mention the feeling that you have become several sizes larger).

Here is the basic information: premenstrual syndrome occurs in many women during the menstrual cycle, just before the onset of menstruation. On average, the menstrual cycle is 28 days, and it is important to understand that this is not just a period of “from” and “to”, but a whole series of stages during which the body prepares for ovulation, ovulates, and then gets rid of the uterine lining.

A few days before menstruation are also associated with a number of physical and mental symptoms that can make a woman’s life – and at the same time the people around her – more difficult. In this article we have collected the myths about the ICP, in which it is time to stop believing.

PMS occurs in every woman

If you have never experienced negative emotions in the premenstrual period, this is not surprising. In fact, PMS is not a universal, but rather an individual problem. In 2009, The Journal Of Women’s Health stated that the apparent PMS is found in only 20% of women, while WebMD experts suggest that 8–20% of women suffer from PMS in the moderate to severe stages. With regard to the manifestations of premenstrual syndrome in principle, Bustle.com, citing a 2009 French study, reports that about 72% of women may have PMS symptoms.

The existence of ICP is scientifically proven

Surprisingly, science has still not really come to the final conclusion – whether there is an ICP or not. A study in New Zealand and Canada in 2012 found women with radically different symptoms, which were later explained not by PMS, but by other factors. Does this mean that PMS is a myth? Some researchers believe that yes, and the reason for its occurrence is an attempt to explain female irrationality and excessive emotionality.

PMS does not have more complex forms

One of the most common misconceptions about PMS is that this is only one phenomenon with exactly the same symptoms that manifest themselves with one or another force. However, it will be helpful for you to know that there is also a phenomenon called premenstrual dysphoric disorder (PMDD) that is directly associated with a depressive disorder. In fact, it is a large-scale depressive episode that occurs exclusively in the premenstrual period. In the “risk group” in this case are those girls who have a genetic predisposition to prolonged depression, and the total number of patients with PMDD is 2-10%.

PMS is a hormonal shift

Do not consider hormonal fluctuations the only possible source of mood swings. In particular, scientists managed to find out that sometimes the level of a hormone during PMS is normal or has only minor deviations from the norm. In addition, PMS is much more than psychological instability. Often, during the premenstrual period, a woman suffers from joint pain, hypersensitivity to the chest and migraines, which is not related to the hormonal background.

Some researchers even believe that mood swings are actually secondary to physiological changes. That is, it is pain and discomfort in the body that make us feel irritated.

Symptoms of PMS occur only in a person

Interesting fact: the behavior of not only a person changes in the premenstrual period. Bustle.com refers to Professor Robert Reid, an expert in clinical endocrinology, who reports that zoologists often notice changes in animal behavior and appetite, similar to those that occur with women during PMS. So, during PMS, female monkeys behaved more aggressively and were hungry more often than usual.

Many scientific studies have been devoted to finding a means to alleviate the psychological and physiological symptoms of premenstrual syndrome. A study conducted in 2000 showed that light antidepressants (but necessarily prescribed by a specialist) may be useful for women suffering from PMDD. In addition, since 1999, it was believed that vitamin B6 would help reduce mood fluctuations during the PMS: however, in 2015 these data were refuted, and the vitamin was found to be a more effective and natural substitute – saffron.

The 2003 article, published in American Family Physician, said that evening primrose oil would help ease the symptoms. And experts from the British magazine Nutrition have come to the conclusion that our eating habits can also ease the flow of PMS. During this period, it is useful to switch to fresh vegetables and fruits, eliminating fatty and spicy foods from the diet.

Adult flatulence: how to treat an unpleasant disorder