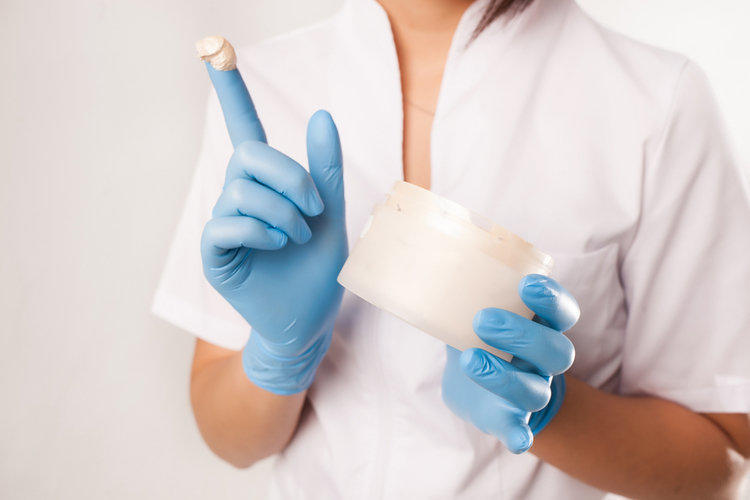 Hemorrhoids are a common disease that many people are embarrassed to talk about. However, it can cause a lot of inconvenience to a person. If you are faced with a similar problem, then do not despair. After all, there are many drugs that help with hemorrhoids. And hemorrhoids are among the most effective.

Hemorrhoids – what is it

First you need to remember what is hemorrhoids, and for what reason it develops. Hemorrhoids are varicose veins located in the anus. As a result, diseases of the veins begin to protrude beyond the mucous membrane of the anus, the surface of the rectum or the skin around the anus, forming hemorrhoids. These nodes may ache and bleed when you have a bowel movement or when sitting. Also, a patient with hemorrhoids can feel severe burning and itching in the anus.

By location, hemorrhoids are divided into external (external) and internal. In the first case, the nodes are formed on the skin around the anus and are visible upon visual inspection. In the second case, the disease affects the veins located at the very end of the rectum, and the visual hemorrhoids in such a case are not visible, except in the most neglected cases.

How to treat hemorrhoids

Treatment of complex hemorrhoids. However, it is preferable to use conservative methods, including diet, lifestyle changes, as well as drugs (external and internal). Surgical treatments are used only in cases where conservative treatment is ineffective.

One of the popular classes of drugs used in the conservative treatment of hemorrhoids are gels, creams and ointments. In pharmacies today you can buy a lot of ointments, gels and creams that have different therapeutic mechanisms. This class of drugs has a local effect, which means that the active substances are delivered directly to the zone of inflammation, thereby achieving their maximum effect.

Ointments, gels or creams – which is better?

Ointments, gels and creams are similar dosage forms, but have several differences, consisting in different chemical basis. The basis of the ointment is exclusively fatty substances – petroleum jelly and other oils, while gels and creams are made partially on a water basis. The medical effect of ointments is much higher than that of gels and creams, since they have a higher concentration and are better absorbed in the affected area. In the treatment of hemorrhoids is also preferable to use it ointment. However, in most cases, in the absence of a drug in the form of an ointment, you can successfully apply a cream or gel.

Ointments are most effective for external hemorrhoids, that is, in the case when the hemorrhoids are located on the outside of the anus. In this case, they can be easily applied to a sore spot. With internal hemorrhoids, rectal suppositories are more convenient. However, the use of ointments is also possible. Only in such a case, they must be applied to the affected area with a special applicator or just a finger.

Before using the ointment, it is necessary to empty the intestines, rinse the anal area and wipe it with a soft cloth. Ointment should be applied with a thin layer. The usual frequency of use of ointment – 2-3 times a day, or after each bowel movement. However, the instructions or the doctor can set a different frequency of use. The course of treatment depends on the parameters of the drug, as well as the characteristics of the disease. Ointments containing hormones, you can use no more than a few days, and their cancellation should be carried out smoothly. When intolerance reactions occur, discontinue use of the drug immediately. Most ointments should be stored in the refrigerator, but this point should be clarified in the instructions.

Mechanisms of action of hemorrhoids ointments

By the principle of action, the components contained in hemorrhoid ointments can be divided into the following main categories:

Not so much you can find drugs that would have in its composition only one component. As a rule, ointments have a complex composition that guarantees a comprehensive therapeutic effect. However, in most cases, the emphasis is on any one therapeutic property of the drug.

The choice of a particular drug – the prerogative of the doctor. It should be borne in mind that many drugs are contraindicated and prohibited for use in certain circumstances (pregnancy, child age, some associated diseases). So the drug should be selected not by trial and error, but taking into account the recommendations of the proctologist, who not only has considerable experience, but, moreover, unlike the patient, can visually examine the area affected by the pathological process, and, based on the picture diseases, develop an optimal treatment strategy.

There are no hemorrhoids ointments that have only one analgesic effect. If you need anesthesia for hemorrhoids, it is recommended to use rectal suppositories, such as Anestezol. However, very often the anesthetic components are included in anti-inflammatory or antibacterial ointments.

Ointments with analgesics are very popular. They are used in cases where the hemorrhoids are accompanied by a strong pain syndrome. As an anesthetic component in such ointments, lidocaine or benzocaine is commonly used. The simultaneous use of ointments with lidocaine and other drugs with lidocaine is not recommended in order to avoid overdose. Also, many plant extracts, ichthyol, have analgesic properties.

Hemorrhoids are often accompanied by severe bleeding that can lead to anemia. To prevent this, ointments with hemostatic components are used. However, as a rule, these components are combined with anti-inflammatory.

This type of medication is prescribed if there is a thrombus formation process in the veins that make up the hemorrhoids. Anticoagulants prevent the formation of blood clots and slow down blood clotting. These drugs can not be used in case of hemorrhoidal bleeding.

These drugs contain components that increase the venous tone, or more precisely, the tone of the muscle walls of the veins. As a result, the diameter of the veins is reduced, and hemorrhoids are reduced in size. Thus, preparations containing veno-tonic components can affect the immediate cause of the disease, and not its symptoms.

The preparations of this type, as a rule, contain components of natural (plant, animal or mineral) origin. Most of these drugs are due to the emergence of traditional medicine. Many of these funds are not inferior in their effectiveness to drugs recommended by official medicine.