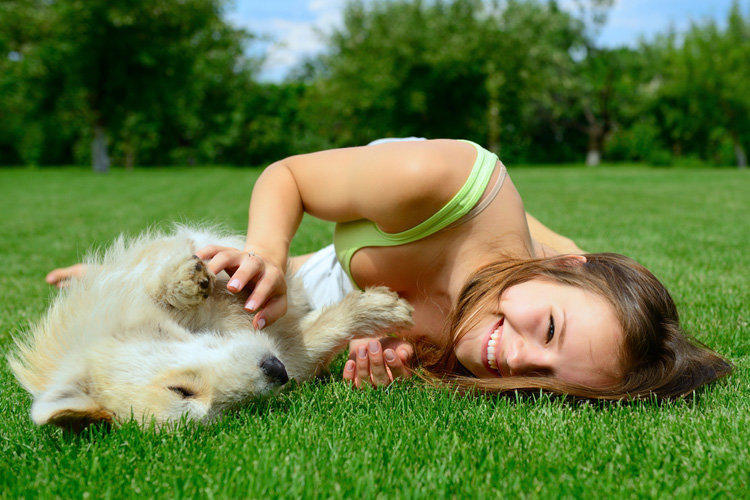 Helminths or worms is the collective name of parasitic multicellular worm-like organisms that inhabit the human body. Most worms are in the intestines, feeding on food coming from outside, but some can be found in other internal organs.

What is helminthiasis and how is it dangerous?

In total, there are several hundred types of parasitic worms in nature that are dangerous to humans.

Parasites can enter the body in different ways. By this parameter, they can be divided into three main groups:

Thus, a person has a lot of opportunities to pick up parasites. For example, they can get into our bodies from pets — cats and dogs, through unwashed hands, unboiled water, poorly roasted meat, etc.

There are two main groups of parasitic worms – round and flat. Round include species such as pinworms and roundworms. Flat, in turn, are divided into tapeworms and flukes. Usually, flatworm infection is most dangerous and most difficult to cure.

Helminthiasis, or the infestation of a person by worms is an extremely unpleasant disease. It leads to intoxication of the body and its depletion, weakens its immunity defenses. Therefore, helminthiasis requires careful treatment.

Preparations against helminths, varieties and principle of action

Previously, herbal remedies were used as helminths drugs. For example, it has long been known that plants such as fern, tansy, and mar, are useful in treating parasites in the human body. It can also help with helminthiasis and eating foods such as pumpkin seeds and garlic.
But in severe cases, these funds from worms and parasites are likely to be powerless. In addition, they usually act only on helminths parasitic in the intestines, while some of them can also live in other internal organs, such as the liver, bile ducts and blood vessels.

Fortunately, the modern pharmaceutical industry has developed quite a few effective synthetic products. So now the question of how to get rid of worms with pills comes down mainly to the choice of a drug.

Compared with herbal preparations, synthetic helminth drugs act more quickly and efficiently. In addition, the principle of action of most modern drugs for worms is not to kill the parasites, and paralyze them. This is achieved thanks to special substances in antiglastic preparations that block the functioning of the nervous and muscular system of worms. Therefore, they do not die in the intestine, poisoning the body with products of its decomposition, and detach from the intestinal walls and are removed along with feces.

However, it should be noted that these drugs for worms act only against adult parasites. Against the larvae, they are ineffective. Therefore, after the first course of taking the drug, it is recommended to hold another course a few weeks later in order to destroy the remaining worms.

The use of drugs for worms of a wide range is also justified because it is often difficult to determine the type of parasite. In addition, in many cases, the body is infected with helminths of various species.

Also in some cases, it is recommended to take worms pills for prevention. For example, in the event that a trip to exotic countries, or some family member or pet suffers from helminthiasis. However, it makes little sense to drink worming pills just like that, just in case, since most of them are quite toxic and are not recommended for prolonged use.

What tablets from worms should be taken, it is best to find out by consulting a doctor for advice. In the selection of drugs, the doctor must take into account his contraindications, the age of the patient and side effects. Not all anti-worms tablets can be used to treat young children, as well as during pregnancy.

The main dosage form of anthelmintic drugs – tablets. There are also dosage forms such as suspensions and rectal suppositories. Suspensions are more suitable for children who find it difficult to swallow or chew a large pill. Suppositories have a minimum of side effects, but their effectiveness is limited. In addition, they are powerless against parasites that live outside the intestines.

The most effective drugs for helminths

Anti-worms tablets are usually made on the basis of the following compounds:

These worms tablets are composed of pamoat as the active substance of pyrantel. Pyrantel is prescribed for various diseases – trichocephalosis, ankylostomiasis, ascariasis and enterobiasis, necatoria, ankilostomiasis, trichurosis.

The drug should be taken once a day. The tablet must be chewed and washed down with water. With ascariasis and enterobiasis, a single dose will suffice, with other types of helminthiasis, the course can last 2-3 days. In some diseases, a repeated course of treatment is recommended after 3 weeks.

Pyrantel – relatively low-toxic worms tablets, so they can be used for young children (up to 6 months). For them, it is best to use a suspension, not pills.

Dosage for different groups of patients:

Helminth tablets are taken regardless of the meal. Not recommended during pregnancy, but in exceptional cases may apply. A complete analogue of the drug is Helmintox.

Dekaris – effective tablets for worms, having in its composition the active ingredient levomizol. Dosage of the drug 150 and 50 mg. Indications – hookworm, ascariasis, necatoriasis, enterobiosis and some other helminthic invasions.

Dekaris – antihelminthic for people of a single use. As a rule, for the treatment it is enough to take one pill of 150 mg. For children, a 50 mg tablet is prescribed or the dosage can be calculated based on the child’s weight – 2.5 mg per kg of body weight. However, these worms tablets are not suitable for children under 3 years old. They are also contraindicated in pregnant and lactating women. Absolute contraindication is agranulocytosis, so before taking the drug you must pass a blood test.

Possible side effects include allergic reactions, negative symptoms of the gastrointestinal tract, headaches, insomnia.
In severe cases, the duration of the course of treatment can be set individually by the doctor. After the first course of treatment, a prophylactic course may be given after two weeks.

Albendazole, nemozol, vermoxol, nourished, mebendazole – worms tablets with a similar effect. The substance in their composition, blocks the process of absorption of food from parasites, and they die. Used against nematodes, cestodes, trematodes, as well as tissue parasites. The drug is available in a dosage of 400 mg. Children are given a dose based on their weight – 6 mg per kg of body weight. Contraindications – lactation and pregnancy, age up to 2 years, retinal diseases.

Like many other anthelmintic drugs, these worms tablets must be chewed in the mouth. The course of treatment depends on the degree of the disease, in severe cases it can last a month.

With trichinosis, the drug is taken three times a day, 400 mg, from 4 to 10 days, the dose is increased to 500 mg. With mixed invasions, ascariasis, teniasis, trichocephalosis – 1 tablet 2 times a day for 3 days.

Dosage depends on the disease. With urinary schistosomiasis, abdominal veins and intestinal schistosomiasis – 40 mg / kg of the body. The drug is taken once. With the defeat of other veins – 30 mg / kg twice a day. Severe schistosomiasis is treated with a daily dose of 60-75 mg / kg. The reception is threefold, with a 6-hour break.

The duration of the course of drug treatment is usually less than 1 day. Paragonimiasis is treated 2 days (25 mg per day, three doses), cysticercosis – up to 4 days (50 mg, three doses).

Tablets of worms are quite toxic, so when they are taken, side effects are possible. However, they are rare, except in cases where the patient exceeds the prescribed dosage. This remedy is contraindicated in liver failure and in the first trimester of pregnancy.

Given the large number of contraindications and high toxicity of some tablets from all types of helminths for a person, you should consult with your doctor before taking them. This is especially true in cases where the disease has affected pregnant women and young children, because it is extremely difficult to find the right drug, which would be both low-toxic and quite effective.

The intake of certain drugs must be accompanied by the intake of sorbents that would take the parasites out of the intestines.

Also, to improve the effectiveness of anthelmintic drugs, you need to eat right. During therapy, it is recommended to exclude spicy, very sweet and sour dishes from the menu.

Of course, helminths tablets in most cases help patients, unless the disease is neglected or the patient has no contraindications. However, it is much easier to prevent helminths than drinking enough poisonous drugs, which include most of the pills for parasites.

It is enough to follow simple rules of hygiene – wash hands before eating, after visiting the toilet and working with the ground, do not eat unwashed fruits and vegetables, raw or poorly roasted meat or fish, do not drink unboiled water, especially from natural sources, avoid contact with strangers animals, especially wild.

It is also necessary to teach children hygiene rules as early as possible. To prevent disease, it is recommended to regularly eat raw onions and garlic, red pepper.