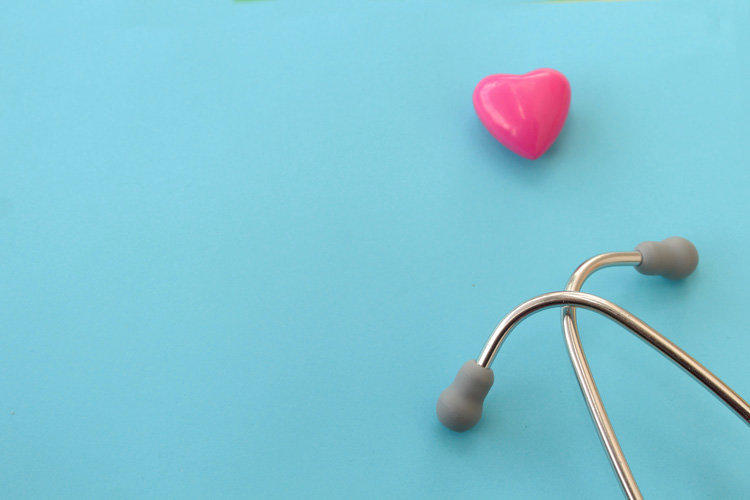 Cardiomagnyl is a drug that prevents formation of blood clots – one of the most dangerous phenomena in the vessels that causes such serious diseases as myocardial infarction, angina pectoris, stroke. Millions of people die from these diseases worldwide every year, however even more people avoid them with the help of Cardiomagnyl.

Many useful properties of acetylsalicylic acid have been known for a long time – a well-known aspirin. If earlier it concerned only antipyretic and anti-inflammatory abilities of a substance, then recently the important role that acetylsalicylic acid plays in the prevention of cardiovascular diseases has become known. In particular, the constant intake of this substance is useful for the prevention of thrombosis.

In this regard, few funds can be compared with acetylsalicylic acid in terms of effectiveness. Moreover, this substance is the only drug with clinically proven efficacy in blocking the formation of blood clots.

However, aspirin has one major drawback. With constant use, it tends to cause irritation of the gastrointestinal tract and provoke bleeding. And so the use of acetylsalicylic acid can lead, along with the prevention of one disease, to the appearance of other complications, such as gastritis and ulcers. Of course, this situation did not suit the doctors. And the pharmacists found a solution. But what if aspirin is combined with a weak base that would protect the stomach and intestines from the negative effects of acetylsalicylic acid?

This excipient was found. They became magnesium hydroxide. And as a result of his union with acetylsalicylic acid, the drug Cardiomagnyl was born.

What is the mechanism of its action? He is very simple. Acetylsalicylic acid penetrates the blood and blocks the production of a special enzyme – thromboxane. This enzyme is responsible for the gluing of platelets – blood cells responsible for the blood clotting process. Thus, blood clots do not form in the vessels. But the formation of blood clots – the main cause of diseases such as heart attack and stroke.

Generally speaking, the disadvantages of aspirin directly follow from its merits. After all, the risk of bleeding when taking the drug increases just because of the suppression of the synthesis of thromboxanes. In addition, acetylsalicylic acid has anti-inflammatory and analgesic properties, reducing the production of prostaglandins – active substances involved in the process of increasing the temperature and the appearance of pain.

An additional component that is part of Cardiomagnyl is magnesium hydroxide. This substance belongs to the class of antacids, that is, means that lower the acidity of the gastric environment. When taken simultaneously with acetylsalicylic acid, magnesium hydroxide does not allow it to manifest its harmful nature and maintains the integrity and preservation of the mucous membrane of the gastrointestinal tract. In this case, magnesium hydroxide does not interact with acetylsalicylic acid and allows it to be easily absorbed into the blood.

The absorption of acetylsalicylic acid in the gastrointestinal tract and the process of its transformation into salicylic acid occur very quickly – within 15 minutes. The bioavailability of salicylic acid is quite high – 80-100%. The process of therapeutic effects of the drug and blocking the synthesis of thromboxane continue some time after the end of the course of drug treatment.

Misconceptions about the drug

It should be noted that several misconceptions are common among patients taking Cardiomagnyl.

Firstly, Cardiac Magnetic is not a cure for cardiovascular diseases – angina, arrhythmia, hypertension, etc. Cardiomagnyl is a means of preventing vascular catastrophes, such as thrombosis and subsequent lesions of areas of the heart muscle. Therefore, he cannot replace cardiopreparations that directly affect the heart and hormones that regulate his work, as well as drugs that dilate the blood vessels.

Secondly, Cardiac Magnetic is not a source of trace elements necessary for the heart’s work, in particular, magnesium, as one might think from the name.

And, thirdly, it does not contain the diuretics necessary for people suffering from high blood pressure. Therefore, if you need diuretics, then they must be obtained by taking some other drug.

Indications for use of Cardiomagnyl

In what cases is Cardiomagnyl administered? First of all, Cardiomagnyl is indicated for patients at risk who have a high risk of blood clots. These are patients with diabetes, the elderly, patients who have an infarction, who suffer angina, hypertension, obese, acute heart failure, smokers.

Also, cardiomagnyl is prescribed to patients undergoing heart surgery, such as coronary artery bypass surgery, if they have an increased risk of thrombosis.

Cardiomagnyl has several contraindications. People who are prohibited from taking the drug include patients suffering from bleeding and a low degree of blood clotting (for example, due to a lack of vitamin K, hemorrhagic diathesis), having a potassium deficiency, suffering a hemorrhage, suffering from an ulcer. Also contraindicated drug suffering from bronchial asthma. This is because acetylsalicylic acid can provoke bronchospasm.

You can not take the drug in patients with severe renal failure. Well and, of course, this category should include patients who do not tolerate acetylsalicylic acid.

There are two more categories of patients who are prohibited from taking Cardiomagnyl:

The first trimester of pregnancy is dangerous for the reason that during this period all the organs of the fetus are forming. Meanwhile, salicylates adversely affect this process. In the third trimester, the risk of hemorrhage in the mother and fetus increases.

You can take the drug while breastfeeding only for a short time, because salicylates partially penetrate into breast milk.

Cardiomagnyl has a simple composition and therefore the side effects of tablets are few. Occasionally, nausea, vomiting, abdominal pain, diarrhea, tinnitus, damage to the gastric mucosa can occur.

Description of the drug Cardiomagnyl

Cardiomagnyl is available only in pills. There are two dosages – 75 mg and 150 mg. 75 mg tablets are made in the form of small hearts, 150 mg – in the form of round tablets. Tablets are in a bottle of dark glass.

The tablets of Cardiomagnyl 75 mg contain, in addition to acetylsalicylic acid, 15 mg of magnesium hydroxide, in tablets of 150 mg – 30 mg. Also in each tablet contains excipients:

Instructions for use of Cardiomagnyl

Before you begin treatment with Cardiac Magnesium, you should read the instructions for use and follow its instructions.

Tablets can be taken whole or crushed. As a rule, one pill is prescribed per day. It is recommended to take it in the afternoon, before dinner.

In no case should the cardiomagnyl dose prescribed by a physician be exceeded, since this leads to the risk of gastric bleeding.

The duration of the treatment course is set by the doctor. In some cases (advanced age, ischemia), the drug must be taken on a permanent basis for life.

Cardiomagnyl is prescribed with caution to patients taking thrombolysis and anticoagulants, as this increases their effect and increases the risk of bleeding.

Cardiomagnyl has a moderate hypoglycemic effect, which should be considered when taking it with hypoglycemic drugs.

Ibuprofen reduces the effectiveness of acetylsalicylic acid. Antacids slow down the absorption of acid into the blood plasma.

There are several other drugs with a similar effect, including drugs containing acetylsalicylic acid and other components, such as Thrombotic ASS. However, there is currently no complete structural analogue of the drug. It is hardly possible to replace the drug with conventional aspirin, since magnesium hydroxide blocks the manifestation of the multiple side effects of acetylsalicylic acid, which manifest themselves when taken continuously.

Glycine: instructions for use for adults and children, indications, composition