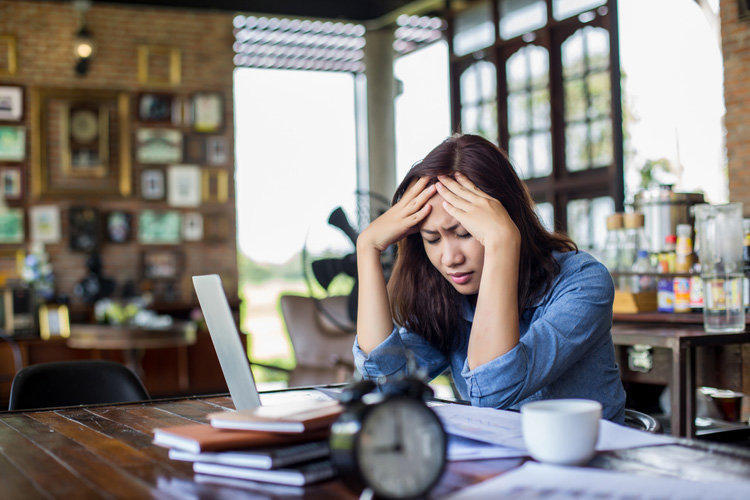 Many people have times when excitement, anxiety and stress are haunting. And if other ways to get rid of stress, such as rest and changing the situation, do not give relief, then you have to resort to the help of medicines.

Modern pharmacology has developed many drugs to remove anxiety and stress. Usually, they belong to the group of anxiolytics (tranquilizers). Most tranquilizers have a depressant effect on the nervous system, suppressing negative emotions.

The mechanism of their action is based on the effect on the so-called benzodiazepine receptors in the brain. These tranquilizers belong to the benzodiazepine group. Their action is extremely powerful, and they have long been used in the practice of neuropathologists and psychotherapists.

Unfortunately, the disadvantage of these funds are numerous side effects. These should include:

But lately there have been many so-called “soft” tranquilizers, which are devoid of the disadvantages of benzodiazepines. Often these tranquilizers are called “daytime”. Afobazole belongs to this class. It was developed by Russian pharmacologists relatively recently, but has already gained popularity among patients.

Those people who are familiar with the action of tranquilizers of the old generation are well aware of the effect of taking benzodiazepines – lethargy, detachment, and indifference to everything. This is not a complete list of the unpleasant symptoms of these drugs. Perhaps their most unpleasant feature is the formation of drug dependence in many patients, which is reflected, in particular, in the “withdrawal syndrome” when the patient’s condition worsens after discontinuation of the drug. Very often the patient is so attached to the tranquilizer that he simply does not think of life without him.

Afobazole is devoid of these shortcomings. It does not affect the state of the nervous system, does not dull the emotions, does not reduce the reaction rate, does not reduce mental performance. Most importantly, it is devoid of withdrawal syndrome. This means that the patient can at any time interrupt the course of treatment, and at the same time will not experience craving for the drug. At the end of the course of treatment, it is also not necessary to gradually reduce the dose in order to get rid of dependence.

Also, Afobazole is devoid of a large number of side effects and almost has no contraindications. Largely due to this drug Afobazole can be sold in pharmacies without a prescription.

Its active substance does not affect the benzodiazepine receptors, but has an effect on the sigma-1 receptors in the brain. These receptors are responsible for memory functions, fine motor skills, emotions, and sensory. The drug has a slight anti-anxiety effect and simultaneously activates the nervous processes. Afobazol also increases the bioenergy potential of brain cells and has a neuroprotective effect, protecting neurons. Sedation is very weak and is felt only when the dosage is 40-50 times higher than normal.

After taking the drug is rapidly absorbed from the gastrointestinal tract. The average retention time in the body is 1.6 hours. Metabolized mainly in the liver. The drug has low toxicity.

The positive effect of the drug is expressed in the following improvements:

Afabazole has the greatest effect on individuals with asthenic type of nervous system. These patients are characterized by suspiciousness, vulnerability, lack of self-confidence, emotional lability and a tendency to stress reactions.

Afobazole is used for the following indications:

Practice shows that in the field of relieving the state of depression and anxiety in people suffering from cardiovascular diseases, the greatest effect from the use of the drug is noted.

Since the advent of the medicine around him, controversy has not subsided. Reviews of the tool are often the exact opposite. Many patients are convinced that this drug helped them. But a significant number of specialized specialists (neurologists, neuropathologists, psychotherapists and psychiatrists) do not share enthusiastic assessments. In particular, it is indicated that the drug has a relatively weak effect and helps only in mild cases of anxiety disorders and depressive states. In more severe forms of nervous and mental diseases, the drug is ineffective. It is also noted by many that the drug has a very selective effect – about half of the patients did not feel any improvement from it. However, the positive properties of the drug – the minimum number of side effects and the absence of dependence formation, is not denied by anyone.

Therefore, a reasonable question arises – is it worth trying to be treated with Afobazol? Here we must understand that the drug belongs to the group of “mild” tranquilizers and with serious disorders of the nervous system, such as real depression, unlike the transient depressive states, it is unlikely to help. Afobazole is a drug mainly for people with a healthy nervous system, who are experiencing some difficult periods in life and stress – exams, changing the situation, difficulties in the family, somatic illness, etc. In such cases, the medication is much more rational than the reception of “heavy” means that have many side effects. In addition, despite the fact that the drug is sold without a prescription, it is extremely undesirable to be treated by it without consulting a doctor. Only a specialist will be able to individually understand the problem and say which tool is best suited in a particular case. This method allows you to avoid wasting money and start the process of recovery earlier.

The drug has a single dosage form – tablets. The dosage has two options – 5 and 10 mg. The manufacturer of the drug is the Russian pharmaceutical company Pharmstandard. The medicine is annotated with instructions for use.

Afabazol has a complex composition, including the active substance and a number of auxiliary. The main substance is 5-ethoxy-2- [2- (morpholino) -ethylthio] benzimidazole dihydrochloride, which is a derivative of 2-mercaptobenzimidazole, an anxiolytic, with a selective effect. The tablets also contain other ingredients:

Afobazol has several contraindications. The use of medication during pregnancy is not recommended. In the case of breastfeeding and at the same time taking the funds, it is recommended to switch to feeding the child with artificial mixtures.

The drug is suitable only for adults. It should not be used to treat patients under the age of 18.

The drug must be drunk three times a day after meals. The optimal dosage is 30 mg (three tablets of Afobazol, 10 mg each). The dosage in some cases can be increased to 60 mg. However, it is best to tell you how to take Afobazole and in what doses, only a specialist will be able to.

According to the instructions attached to Afobazole, when relieving hangover, the recommended dosage is 5-10 mg twice a day. The course of treatment depends on the prescription of the doctor, but is usually 2-4 weeks. If necessary, the course may be extended. However, before resuming treatment, it is recommended to take a break for 3-4 weeks.

It should be noted that Afobazole acts gradually. Its effect accumulates and begins to manifest itself only some time after the start of treatment, often after a week. Therefore, if you started taking it and did not feel any improvement in the first days, this does not mean that the drug does not work. It is worth waiting for a short time.

Afobazole has a little side effects. Occasionally, allergic reactions to the components of the medication are found, as well as a headache that usually resolves itself. The drug does not affect the attention and reaction rate, and therefore therapy can be combined with driving vehicles and managing complex mechanisms. In case of overdose, drowsiness and sedation are possible.

Interaction with other drugs and substances

One of the advantages of the drug is that it does not interact with ethanol. However, it should be understood that during the course of therapy, the use of alcoholic beverages is undesirable, since they neutralize the therapeutic effect. Drug interactions are also minimal. With simultaneous use with diazepam enhances its anxiolytic effect. Enhances the anticonvulsant effect of carbamazepine. Prohibited simultaneous use with antidepressants.

Indirect analogues include other anxiolytics, especially those that belong to the class of “soft” tranquilizers, for example, Grandaxin, Adaptol or Tenoten. It is worth noting that Afabazol as a whole has fewer side effects compared to other anxiolytics.