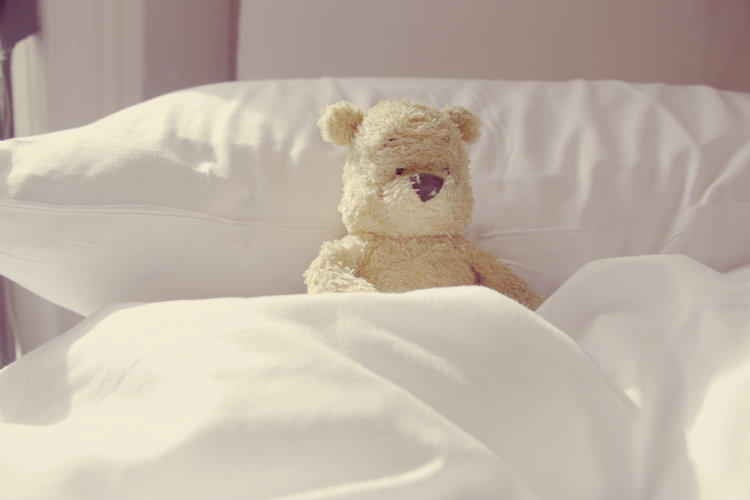 There are many childhood diseases affecting the respiratory organs. And one of the most common and severely leaking is whooping cough. Unfortunately, not all parents are aware of the danger that this disease poses.

Whooping cough – severe infectious pathology, observed mainly in children and having a specific clinical picture and symptoms. Peculiarities of pertussis symptoms are caused by impaired respiratory function and damage to the mucous membranes of the respiratory tract during the development of the disease. The name of the disease itself comes from the French onomatopoetic coqueluche, similar to a rooster’s cry. The sounds of cough with whooping cough can be compared to the crowing of poultry. Despite the funny name, whooping cough was the cause of high infant mortality in the Middle Ages.

Unfortunately, whooping cough is a disease, the danger of which even now should not be underestimated. At the moment, about 300 thousand people die from whooping cough every year. Frequent complications are most common in young children under the age of two and older people. However, at any age, the disease can significantly impair health, so it is important to know the symptoms of pertussis and the prevention of infection.

Whooping cough – causes of development and ways of infection

Whooping cough is an extremely contagious infection caused by the specific bacterium Bordetella pertussis. This infectious agent is highly sensitive to external factors such as ultraviolet radiation in the spectrum of sunlight, chlorine preparations, etc. The pathogen is unstable in the external environment, collapsing under the influence of temperature and ultraviolet drops, which explains the seasonality of the disease. Most often it is observed in the autumn-winter period, during mass gatherings of people in enclosed spaces, transport.

This type of gram-negative rods is distinguished by its immobility, thin permeable membrane, it needs oxygen for existence and division, referring to the aerobic type of bacteria. Among the pathogens of whooping cough, there are four main serotypes.

Transmission of the pathogen occurs through airborne droplets in close contact with an infected person. In addition to infection from the patient with whooping cough, there are also cases of transmission of bacteria from hidden carriers of the infection.

The patient is able to spread the infection from the first days of the pathological manifestations and within 30 days after the onset of the apparent stage of the disease. According to some studies, Bordella pertussis can also be transmitted at the last stage of the pertussis incubation period, when the signs are not yet expressed.

This symptom, such as cough intensity, is directly related to the degree of spread of the pathogen contained in biological fluids (saliva, mucous sputum): the stronger the cough, the higher the chances of infection of others.

The disease in its classical form proceeds with marked clinical stages, the symptoms and methods of treatment are different.

After infection, there is an incubation period that lasts an average of several days to two weeks, with no symptoms at this stage.

In the active stage, there are three periods of whooping cough:

When introduced into the body, the bacteria who cause pertussis migrates through the respiratory tract. They accumulate in the trachea and attach themselves to epithelial cells, which leads to ciliary epithelium damage, hemorrhages, and superficial necrotic formations. These phenomena correspond to the prodromal stage of whooping cough.

Once fixed and reaching a certain concentration, bacteria begin to release toxins that suppress secretion on the mucous membrane of the airway surface and irritate receptors of afferent fibers that make up the vagus nerve.

Pertussis toxin affects not only the nerve fibers, but also the blood vessel walls and the vascular center, causing microcirculation disorders, intracellular metabolism, which leads to brain disorders of the encephalic type.

Signs of pertussis in the catarrhal stage of the disease

The first manifestations of pertussis are similar with the course of ARVI or bacterial infection of the upper respiratory tract:

There are also hyperemia of the pharynx, rapid heartbeat, accelerated breathing rhythm.
The duration of the catarrhal stage of whooping cough is 7-10 days. If a newborn is ill, then a rapid development of the disease may occur, when the convulsive stage occurs 2-3 days after the first signs of pathology appear.

At this stage, a pronounced, characteristic dry spasmodic cough with a “barking” sound is a hallmark that allows you to diagnose a pertussis infection with confidence. Attacks of spasmodic dry unproductive cough, provoked by the excitation of the respiratory center, occur several times a day and greatly disturb the baby.

The coughing of whooping cough begins with the characteristic sensations of lack of air, the presence of a foreign object in the throat. Young children can not distinguish the approaching attack, but from 5-6 years old the child is already able to recognize the onset of characteristic coughing attacks.

After each attack caused by spasm, the sputum begins to move away from the respiratory tract. If there is significant damage to the epithelium, blood inclusions may be present in the dense secretion.

Sharp airway spasms, primarily trachea, can lead to vomiting caused by muscle overstrain. Stress during cough is the cause of the characteristic appearance of patients with whooping cough: puffiness of the face, traces of hemorrhages on the sclera of the eyes, in the corners of the mouth. White dense sores can develop on the surface of the tongue, on the bridle – trauma due to friction on the teeth during coughing attacks.

With pertussis, the symptoms are aggravated by the evening due to general excitement and fatigue, and subside with fresh air. The cough can be triggered by pain, physical exertion, food intake or medications in solid form.

Tachycardia, shortness of breath, pronounced bouts of exhausting cough are the reason for the inpatient treatment of the child to assist if there is a need to connect to a respirator.

Strong attacks of convulsive cough, accompanied by spasms of the bronchial tree and trachea, leading to myocardial hypoxia, symptoms of oxygen insufficiency of the brain and muscle tissues are dangerous. Severe spastic syndrome is more common in children under the age of 3 years.

Lack of timely treatment or failure to comply with the instructions of a specialist can lead to changes in the heart muscle with the expansion of the boundaries of the body, the appearance of necrotic foci in the lungs.

The duration of the stage with bouts of convulsive cough in an unvaccinated child is 15 to 25 days, with a high level of immunity, from 12.

Celebrated with the onset of reducing the number of coughing episodes and a general improvement in the child’s well-being. On average, for 2 weeks, there is still a residual cough that does not cause an overstressing of the body. Another 2 weeks are preserved manifestations of the disease, after which the attacks end.

During the period of reverse development, it is important to protect the child from viral and bacterial infections, severe stress, emotional experiences, including joyful ones: they can often provoke attacks of cough.

On average, cough and other signs of whooping cough disappear on their own within 1-2 months, but coughing seizures may recur against the background of illness, hypothermia, or stress in the semiannual period after the end of the disease.

The disease can occur in a typical and atypical form. The atypical ones include erased, asymptomatic and abortive forms, as well as a bacteriocarrier, in which there are no symptoms and manifestations of the disease, but the carrier of the infection is the source of the pathogen, infecting others.

A mild form of the disease is accompanied by 10-15 coughing attacks during the day and no more than 5 reprints. With moderate form, they are celebrated more – up to 25 per day with the number of reprise up to 10. Severe form of whooping cough is characterized by frequent attacks – from 25 to 50 per day or more, reprises are noted over 10 during the day.

Diagnosis of whooping cough is usually not difficult. However, provided that it is carried out by doctors, and not the parents of the child. For accurate diagnosis, isolation of the pathogen is often required.

The doctor determines the recommendations and explains how to treat whooping cough. Most often, for the treatment of the disease in children, parents are required to observe the following rules:

The drugs of first choice in the treatment of whooping cough in children are antibiotics of the penicillin group (Ampicillin, Flemoxin, Augmentin and others), if the child is individually sensitive to penicillins or other indications, it is possible to use a macrolide group of drugs (Sumamed, Erythromycin) or aminoglycosides (Gentamycin) or aminoglycosides (Gentamycin) or genetomycin).

With an adequate child’s response to the ingestion of drugs, antibiotics are prescribed in the form for oral administration. If such use is accompanied by vomiting or causes spasmodic symptoms, cough, medication is injected intramuscularly. Severe pertussis may require intravenous drug administration.

Since the symptoms are not limited to irritation of the mucous membrane, drugs that suppress the cough reflex excitation focus in the brain are included in the course of therapy. These include antitussives (Sinekod, Codelac), drugs of the benzoadepine group, neuroleptics (Aminazin, Atropine. Propazin, etc.). As an additional therapy, it is possible to use fenspiride (Erespal trademark), antihistamines to relieve airway edema. At an early stage of the disease, it is possible to use a specific globulin with anti-clumps. In case of oxygen insufficiency, oxygen therapy methods, the use of oxygen masks, pillows are shown. To maintain immunity, vitamin-mineral complexes are recommended, immunostimulating agents may be prescribed.

As a rule, complications of pertussis occur as a result of incorrectly chosen tactics of therapy or non-compliance with doctor’s prescriptions. Self-treatment of the disease is also dangerous, especially if the parents are frivolously confident that the child has ARVI. It should be remembered – the disease can not be treated as ARVI and ARI.

Whooping cough in children may be complicated by pneumonia, bronchiolitis, pulmonary emphysema, pleurisy. Often, there is the development of a secondary asthmatic complex with regular attacks of suffocation against the background of viral respiratory diseases.

Most complications relate to secondary bacterial infections. Against a background of weakened immunity and a reduction in the intensity of movement of the lymph in the lung tissue, stagnation begins, which leads to the formation of a favorable microflora for the addition of staphylococcal, streptococcal, pneumococcal and sinus infection of the pathogenic infection.

Whooping cough in children can be diagnosed even in the neonatal period, since there is no innate immunity to this disease, antibodies are not transmitted from mother to child. Vaccination is key.

Monovaccines for this disease does not exist, vaccination is carried out by the drug of combined action. For the formation of sustainable immunity requires three vaccinations: at 3 months of the baby, at 4.5 and at 6 months. At the age of one and a half years, revaccination is performed.

Pronounced immunity is observed for 3 years after revaccination, after a period the immune protection weakens.

It is worth noting that vaccination is relevant not only in the childhood period. Whooping cough in elderly people occurs most often in severe form, accompanied by complications due to the condition of the body and a long period from the onset of the disease to the diagnosis. True, vaccination does not give a full guarantee that the vaccinated person will not become infected with whooping cough. However, the disease in vaccinated children and adults is much milder and is not accompanied by complications.

Swollen belly: causes, symptoms and treatment of gas and flatulence