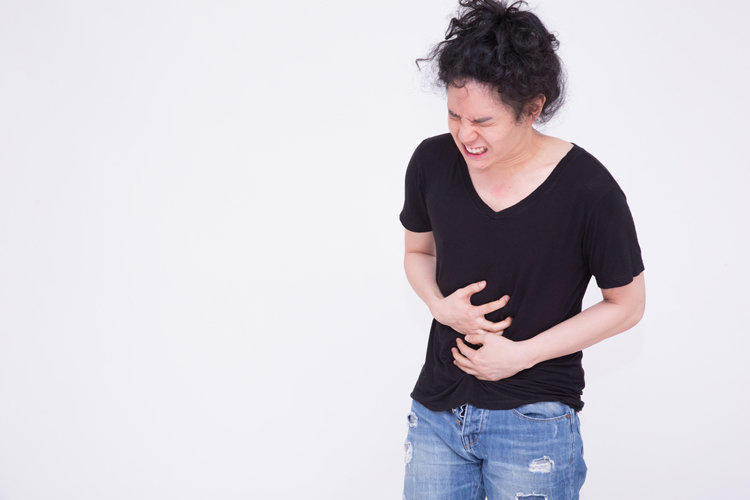 Crohn’s disease is a chronic (longer than 6 months) disease of the gastrointestinal tract that can affect any part of the digestive system, most often the final section of the small and / or large intestine.

Crohn’s disease is an inflammatory disease of the entire gastrointestinal tract or a particular part of it. The internal mucous membrane, the submucosa is involved in the inflammatory process, and the muscle layer can be affected. In the dynamics of Crohn’s disease, there are periods of exacerbations and incomplete remissions. Crohn’s disease affects about 50-60 people out of a 100,000 population, which classifies this autoimmune disease as a rare orphan pathology.

What is Crohn’s disease?

All parts of the digestive tract can be involved in the pathological process, but statistically, there is only a lesion of the ileum, the final part of the small intestine, when it passes into the cecum. Inflammation can spread to other organs of the digestive system.

The inflammatory process, affecting the three layers of the intestine, can provoke the development of numerous complications, much of which can be cured only by surgical methods of therapy.

The disease belongs to rarely occurring pathologies. The average age of manifestation of the first symptoms is from 20 to 40 years (according to other sources, from 14 to 35 years), rarely the manifestation of the disease is observed in children. The chronic course of Crohn’s disease, which cannot be completely cured, consists of periods of exacerbations and incomplete remissions.

Due to the similar clinical picture, ulcerative colitis and Crohn’s disease are included in the IBD group (inflammatory bowel disease). Diagnosis is difficult due to the partial coincidence of symptoms with manifestations of other diseases, in particular, dysentery, chronic enteritis, non-ulcerative colitis, systemic lupus erythematosus, salmonellosis.

The exact causes of the disease have not been established. Scientists suggest the role of provoking factors affecting the occurrence and development of pathology.

In the etiology of Crohn’s disease, theories of familial, hereditary predispositions, the theory of antigen formation, infectious and autoimmune nature of the disease are distinguished.

The theory of the genetic factor in the cause of Crohn’s disease is confirmed by statistical data: the pathology from a parent is transmitted to a child in 70% of cases, and 80% of the clinical manifestations of the disease in this pair are identical.

The CARD15 (NOD2) gene, isolated in 2001, has been identified as a factor correlating with intestinal inflammatory processes and indirectly confirms the theory of hereditary predisposition.

It should be noted that it is not always in the case of acute forms of Crohn’s disease that causes have a genetic etiology. The presence of genetic predisposition affects the severity of the disease and the speed of its development.

Antigens are foreign (at the molecular level) substances for the body, which are formed under the influence of external or internal factors and accumulate in the intestine.

In response to the presence of antigens in the body, the process of immunization starts, the production of antibodies begins.

Defects of the intestinal mucosa (for example, erosive changes) contribute to increased absorption of antigens, which can provoke local inflammation that spreads with the development of the process to other areas of the digestive tract.

Infectious theory is based on the occurrence of a pathological condition that develops as a result of an attack of the body by pathogenic microorganisms.

At the moment, there are two pathogenic organisms in the pathogenesis of Crohn’s disease: mycobacterium paratuberculosis and the measles virus. Proof of infectious theory is the successful symptomatic treatment of patients with specific antibacterial drugs active against these pathogens.

In autoimmune diseases, antibodies that normally respond to a foreign protein begin to recognize their own tissues as antigens. If such an auto-aggression of the immune system occurs, the development of Crohn’s disease is likely.

The disease is divided into acute, subacute and chronic forms according to the nature of the development of the symptom complex.

Subacute form of the disease is accompanied by periodic diarrhea, cramping pain in the abdomen with different localization, signs of exhaustion.

The chronic form of the disease is characterized by a slow increase in symptoms:

The signs of long-term chronic bowel disease include extraintestinal symptoms:

Crohn’s disease is not diagnosed on the basis of examination or laboratory tests of biological body fluids due to the absence of specific markers and signs. Blood tests suggest an inflammatory bowel disease.
For accurate diagnosis using the methods of instrumental studies:

In cases of Crohn’s disease, treatment steps include medication methods for treating the inflammatory process, diet, prevention and treatment of complications.

The following groups of drugs are used to treat Crohn’s disease:

The basic principle of dietary nutrition for a given disease is the choice of dishes that do not irritate the digestive system with the composition, texture or temperature of food and beverages.

It is not recommended to include fatty, fried foods, canned food, prepared foods, pickles and pickles, mushrooms in any form, fresh vegetables or fruits, legumes, barley and wheat cereals, confectionery, chocolate in the diet. Of the drinks limit strong tea, coffee, sour juices, carbonated drinks, alcohol.

Bleeding from the anus: causes and treatment

Osteochondrosis of the cervical spine – symptoms and treatment at home