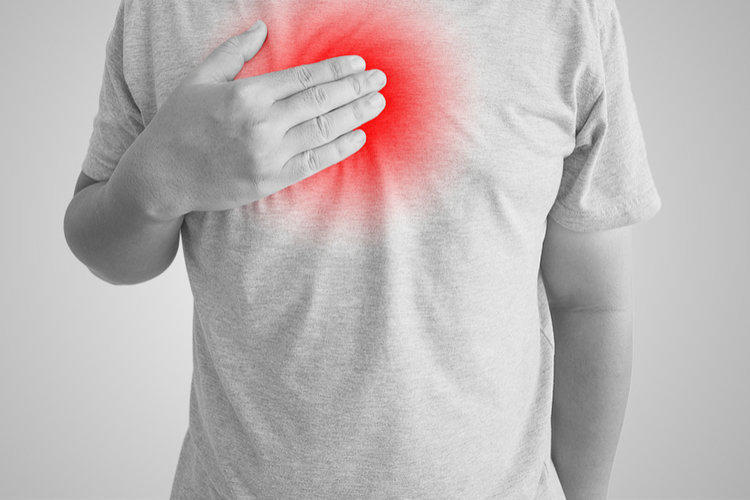 Diseases of the gastrointestinal tract – this is one of the most common pathologies in the present time, when many people do not follow their diet, eat on the go, eat fast food. But if diseases such as ulcers or gastritis are on everyone’s ears, then reflux esophagitis is a disease that many people probably haven’t heard about. Nevertheless, millions of people are exposed to it only in Russia, although most of them are unaware of the disease. But without proper treatment, the disease can only progress and turn into intractable, and even life-threatening forms. Therefore, all people who care about their health need to know its symptoms, and the treatment of reflux esophagitis can then begin at an early stage, thus avoiding the progression of the disease.

What is reflux? Reflux in medicine refers to the process of moving the contents of one hollow organ in another in the direction opposite to the normal one. Reflux can occur not only in the digestive organs, but also, for example, in the urinary organs. However, most often a person is faced with gastroesophageal reflux. Reflux of this type is characterized by the fact that with it the contents of the stomach are thrown into the esophagus, which, naturally, should not be normal – because the esophagus is designed just to deliver food to the stomach, and not vice versa.

In order to prevent gastroesophageal reflux, the lower esophageal sphincter is intended, which is compressed after food passes into the stomach and does not allow it in the opposite direction. However, in some cases, the contents of the stomach can still enter the esophagus.

Gastroesophageal reflux itself is not a pathological process. A healthy person per day may experience reflux, for example, after a hearty meal. In general, two or three reflux per day do not go beyond the normal range. It is quite another thing when reflux is repeated regularly and is accompanied by abundant outpouring of the contents of the stomach out. This leads to inflammation of the esophagus and a number of other unpleasant symptoms. After all, the esophagus does not have a mucous membrane capable of resisting the aggressive components of gastric juice for a long time. The situation is further aggravated when the contents of the duodenum are added to the gastric contents along with the bile.

This syndrome, in which there is a lesion of the esophagus, caused by a regular reflux of the stomach contents, is called gastroesophageal reflux disease (GERD), or reflux esophagitis. Some experts, however, share the concept of reflux esophagitis and GERD, referring to the first state only those cases where there is marked inflammation of the esophagus. Sometimes this disease is called simply “reflux”, but this is completely wrong, as reflux is just a physiological process and, as mentioned above, it is not always equivalent to a disease. Thus, reflux esophagitis is a disease, and gastroesophageal reflux is just one of its mandatory symptoms.

The disease is more common in adults than in children. In addition, men suffer from it 2 times more often than women.

Why do some people get GERD and others don’t? There may be different factors, for example:

Also some side effects can play a role:

Few serious diseases are symptom free, and reflux esophagitis is no exception. By itself, gastroesophageal reflux can not always be identified, so the main symptom by which reflux esophagitis is determined is heartburn. It occurs in 80% of patients. Also, often reflux esophagitis is accompanied by belching, sometimes with a sour taste (when throwing bile from the duodenum – bitter), and sometimes chest pain, especially after eating, abundant saliva at night. GERD pains usually resemble angina pectoris, however, they are easily distinguished from the symptoms of heart disease, since they usually disappear after taking antacids.

There are also a number of signs that most people do not associate with GERD, and yet they are directly related to it. The fact is that gastroesophageal reflux can cause the ingress of particles of gastric contents — food debris and aggressive gastric juice — into the respiratory tract and oral cavity.
Therefore, if a patient has symptoms such as chronic bronchial asthma and other diseases of the lower respiratory tract, chronic pharyngitis and laryngitis, persistent diseases of the teeth, such as caries, then this is a reason to go to a gastroenterologist.

Symptoms of the disease in children

Children’s digestive organs are designed to withstand the frequent effects of gastric contents on the esophagus, since gastroesophageal reflux and regurgitation of food in children is common. However, if regurgitation, eructation and vomiting in infants occurs too often, this may be a sign of the malfunctioning of the lower esophageal sphincter. Older children may complain of heartburn, a burning sensation in the abdominal cavity.

If you suspect that reflux esophagitis is necessary to conduct a series of diagnostic procedures to determine the severity of the disease. The main diagnostic procedure is the study of the surface of the esophagus and stomach with an endoscope. This procedure is considered a little unpleasant, but in most cases it is impossible to do without it. In addition, it lasts only a few minutes. X-ray examination, determination of the acidity of the stomach contents, manometry, bilimetry, scintigraphy, etc. can also be used.

In most cases, treatment of reflux esophagitis is conservative. Methods of conservative treatment can be divided into drug and non-drug.

During treatment, the following objectives are pursued:

The main classes of drugs that are prescribed for GERD:

The most commonly used group of drugs are antacids that lower the acidity of the gastric juice due to the neutralization reaction. Therefore, if reflux occurs and gastric juice is thrown into the esophagus, then it has a less irritating effect on its mucosa. The most popular drugs of this group are Maalox, Almagel.

However, the disadvantage of many antacids is that, in response to a sudden stomach alkalization, a strong release of hydrochloric acid can occur and the level of gastric acidity will return to previous levels.

This deficiency is devoid of drugs called proton pump inhibitors. They act on specific cells that release hydrogen ions (protons) and block this process, resulting in a steady decrease in the level of acidity in the stomach. One of the most well-known drugs of this class is Omeprazole.

Histamine receptor blockers are used in cases where, for whatever reason, the use of proton pump inhibitors is not possible. They act on special H2 histamine receptors located in the gastric mucosa, which work at the moment when food enters it. A typical representative of this type of drugs is Ranitidine.

Prokinetic preparations improve the motility of the stomach and upper intestines, increase the tone of the pylorus of the stomach, promote the speedy advancement of the food bolus through the gastrointestinal tract, prevent vomiting, hiccups and reflux. Most of these drugs use metoclopramide.

Reflux esophagitis cannot be cured with drugs alone. Non-drug therapies include diet and lifestyle changes and eating habits. To reduce the unpleasant symptoms associated with GERD, a number of foods should be excluded from the diet:

It is also recommended to reduce the consumption of fresh berries and fruits.

What products are useful to use:

The use of boiled and digestible food, dairy products.

Also need to remember about the diet. When GERD can not overeat, so you should eat small meals, but as often as possible. Also, do not eat right before bedtime. Between the last meal and going to bed should take at least two hours. It is not recommended to sit or lie down after each meal, it is better to walk for a while.

In addition, the following recommendations will work for patients with GERD:

In severe cases, reflux esophagitis is treated by surgical methods. They are resorted to in case of unsuccessful treatment of the disease by conservative methods, to correct serious complications (for example, hernia of the esophagus) or in cases where the disease has gone into extreme stages (Barrett’s esophagus formation).

Without treatment, the disease will only progress. In the early stages of the disease, only certain parts of the esophagus are affected, and pathological processes affect only the surface layer of the mucous membrane. However, subsequently, the disease will grow in breadth and depth, affecting more and more large surface area of ​​the esophagus and penetrating into the deeper layers of tissue. As a result, reflux esophagitis can lead to complications such as esophageal perforation, erosive esophagitis, as well as a condition called Barrett’s esophagus, in which this organ hyperplasia occurs. This condition is already precancerous, that is, with a high probability it leads to malignant tumors.

A complete cure for GERD is unlikely, but modern medical methods can significantly improve the patient’s quality of life, prevent the progress of the disease and save the patient from the most unpleasant symptoms.

Osteochondrosis of the cervical spine – symptoms and treatment at home

Pyelonephritis: symptoms and treatment in children and adults