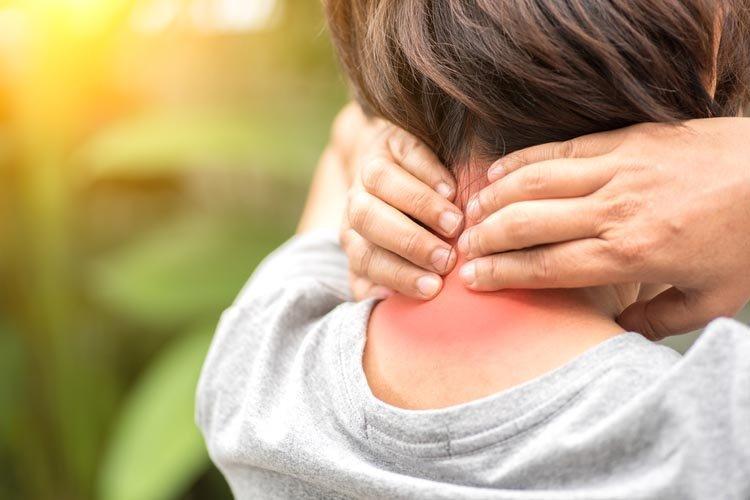 Osteochondrosis is a disease that is one of the most common in the world. Most people after 35 years have osteochondrosis of the cervical spine in one form or another. Recently, there has been a tendency to an increase in the number of people suffering from a severe form of the disease and to rejuvenate the disease, reducing its lower age threshold. This is due to the fact that an increasing number of people around the world are engaged in sedentary work and lead a sedentary lifestyle. Meanwhile, the disease is quite dangerous, and anyone should know what osteochondrosis is, how it manifests itself and how it is treated, to be able to recognize its symptoms and start treatment in a timely manner.

Osteochondrosis is one of the few diseases that are characteristic only for humans. In other animals, this disease does not occur. The reason for this is such a distinctive feature of a person, as an erect foot. The vertical position of the spinal column causes the vertebrae to press against each other and the bone and cartilage tissue of the spine gradually degrades and deforms.

Thus, the development of the disease is a complex and lengthy process and does not have a single cause. Although there is a link between the sedentary work of a person and the presence of his cervical osteochondrosis, nevertheless, the disease is often found in trained people, especially athletes, because of the increased load on the cervical spine during weight lifting.

In older people, as a rule, the degradation of vertebral structures is an inevitable process associated with the aging of the body and the weakening of its defenses. However, the most common pathological type of cervical osteochondrosis, in which the main role is played by external or internal negative factors.

Factors contributing to the development of neck osteochondrosis:

Degrees of development of cervical osteochondrosis

The disease has four stages. It is not always easy to determine the stage of the disease by analyzing the symptoms, since sometimes the degree of degradation of the bone and cartilage tissue may not correspond to the symptoms observed in the patient.

The destructive processes in the bone and cartilage tissue of the vertebrae begin. As a rule, at this stage of osteochondrosis of the cervical region, symptoms are mild. Patients either do not notice them at all or do not associate them with diseases of the spine, but are attributed to stress and overwork.

The height of the disk begins to decrease, cracks appear on its surface. Symptoms of cervical osteochondrosis at this stage are manifested in constant pain, weakness, numbness of certain parts of the face.

Herniated discs are formed, and the neck vessels and muscles are damaged. The patient has dizziness, pain in the back of the head.

Osteophytes appear – bone growths that protect the vertebrae from the load, which leads to nerve strangulation This leads to stiffness and damage to adjacent joints.

The main symptoms of osteochondrosis of the cervical spine:

These symptoms typical for osteochondrosis of the cervical spine may be present at all stages of the disease. In most cases, there are only a few symptoms from the list, and the rest may be absent. A person who first encountered similar signs of illness does not always suspect that he has cervical osteochondrosis. Therefore, he can turn to various physicians – therapists, cardiologists, neuropathologists, surgeons. And the correct diagnosis as a result can be made very late.

In cervical osteochondrosis, several syndromes occur, that is, typical conditions that have a complex of characteristic features. They appear depending on which nerves and arteries are affected by the disease:

Vertebral artery syndrome is one of the most unpleasant and dangerous complications of cervical osteochondrosis. It is due to the fact that the blood flow in the artery that passes along the spine and feeds the brain decreases. The syndrome manifests itself in symptoms such as systemic or intermittent dizziness, impaired hearing and vision. In some cases, fainting may occur. Often there is a kind of syndrome, which implies that in the normal state the blood flow in the artery is normal, but when turning the head in one direction or the other, it can drop sharply.

Hypertension syndrome is also among the most dangerous complications. Unlike vertebral artery syndrome, it is caused by the compression of the arteries, not the arteries, which makes it difficult for the blood to drain from the head. The syndrome leads to an increase in intracranial pressure, which can manifest itself in symptoms such as nausea, vomiting, headache.

Cervical migraine syndrome has little in its etiology with classical migraine. It manifests itself in severe pains in the back of the head. The pain is paroxysmal, lasts up to ten hours and is accompanied by vomiting.

Radicular syndrome is the most common syndrome in osteochondrosis of the cervical spine. Caused by squeezing the individual nerve roots in the cervical vertebrae. It can be expressed in pains in the neck, neck, shoulder blades, shoulders, numbness and weakening of the tone of certain parts of the hands (up to the inability to perform any manipulations) and neck.

Very often several syndromes can be observed at once or individual symptoms characteristic of different syndromes.

As can be seen, in osteochondrosis of the cervical spine, the manifestations of the disease are multifaceted and it is far from always that the patient is able to correctly identify the cause of their occurrence. If you experience similar symptoms, then this is a reason to go to a doctor.

To establish the diagnosis, it is recommended to consult a general practitioner. He will give a referral to specialists – orthopedist, vertebrologist, neurologist.

The following types of studies are used for diagnosis:

X-rays can determine the displacement of the vertebrae, the presence of growths – osteophytes and salt deposits, disc seals. Computed tomography involves creating a series of X-ray images that give a volumetric picture of the organ, in this case, the cervical spine. It allows you to detail the degree of the pathological process – the nature of the compression of the nerves, the structure of osteophytes, the height of the disks, etc. Magnetic resonance imaging, based on the physical effect of nuclear magnetic resonance, provides an even more detailed structural picture of the spine. Ultrasound of the neck vessels helps to detect changes in the blood flow in the great vessels of the neck caused by the disease.

How to treat cervical osteochondrosis and is it treated at all? To combat the disease, medicine has developed many methods. Some treatments can be applied at home. But this process is a long and complete cure unlikely, especially in old age. However, it is possible to slow down and stop the destructive processes in the spine at any stage of the disease.

In the initial stages of the disease, methods are usually conservative. For the treatment of cervical osteochondrosis, several methods are used:

If the disease has passed into the last stage, and the bone and cartilage structure of the spine is seriously destroyed, then surgery can be used to treat osteochondrosis of the cervical spine.

The following types of drugs are used:

In acute pain associated with osteochondrosis, the priority is to eliminate it. As a rule, oral medications, such as Analgin or Baralgin, are used, but if they are ineffective in severe cases, Novocainic blockade is used.

Antispasmodics are used for muscle cramps. Mydocalm demonstrates the highest efficacy in osteochondrosis, although the use of other muscle relaxants is also possible. As anti-inflammatory and painkillers, you can use ointments containing nonsteroidal drugs – Diclofenac, Ibuprofen, Naproxen, Butadione or their analogues.

If there are syndromes associated with impaired blood circulation and blood supply to the brain – hypertensive and vertebral artery syndrome, drugs are taken to relieve the unwanted effects of these syndromes – pressure lowering agents and nootropic drugs.

Physical therapy is the simplest and most accessible type of treatment of cervical osteochondrosis and, at the same time, quite effective. Physical therapy can be carried out at home. In osteochondrosis, the intensity of classes does not play a decisive role, only their regularity is necessary. First of all, physical education is designed to strengthen the muscles of the neck, which compensate for the lack of functionality of the spine and help it maintain weakened vertebrae.

Daily exercises are recommended to strengthen the neck muscles. They can be both very simple, consisting of turns and tilts of the head in different directions, and more complex, including assistance to the neck muscles from the hands. They can be performed both at home and at work. For example, if the work is sedentary, then it is useful to do such exercises after an hour of sitting at a table or monitor. However, they can be performed only outside the period of exacerbation of the disease and in the absence of pain. Otherwise, they can only worsen the condition.

No less effective and strengthening the muscles of the shoulder girdle, for example, with the help of regular exercises with light dumbbells. However, lifting weights (weights, rods) is contraindicated. Regular swimming exercises that relieve the spine are also useful.

Physiotherapy is a method of treatment that uses certain physical fields and radiation to affect the body. A positive feature of physiotherapy is that it has a minimum number of contraindications.

For the treatment of osteochondrosis, the following methods of physiotherapy are used:

The magnetic field positively affects the damaged tissues of the body and has an anti-inflammatory and analgesic effect. Ultrasound improves metabolic processes in tissues, relieves swelling. The same can be said about laser therapy. Electrophoresis is most often used in conjunction with drugs, since the use of electric current accelerates their absorption by the body.

Massage reduces the increased muscle tone causing spasm and reduces the flow of lymph, causing swelling. The procedure helps to improve blood circulation in the affected area, which stops the process of destruction of intervertebral discs.

To reduce the load on the cervical region, a special device is used – a Schantz collar, which fixes the neck in a constant normal position. It is recommended to wear it during exacerbations in case of pain syndrome or during prolonged sedentary work.

In order to avoid exacerbations, you should also arrange a place to sleep. The pillow should not cause curvature of the neck, and the mattress should be hard and level. In some cases, special sleep devices such as an orthopedic mattress and pillow can help.

Why does osteochondrosis occur and how is it treated?

Diarrhea – what it is, prevention, causes