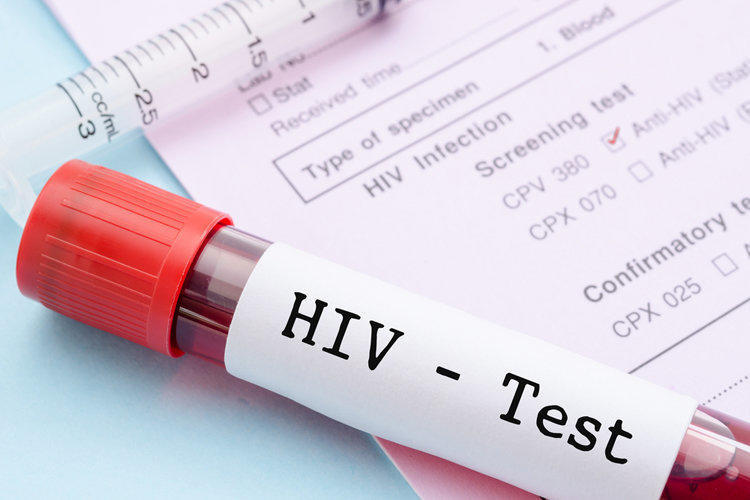 AIDS (Acquired Immunodeficiency Syndrome) is a late manifestation of infection of the body by the human immunodeficiency virus (HIV). AIDS is not a disease, but a complex reaction of the body to a developing infection, it is impossible to get AIDS, only HIV infection. According to doctors at the University of Oxford, the development of the syndrome indicates an overly acute reaction to HIV: groups of people with a significant number of viral particles in the blood, who have not received antiretroviral therapy and who do not have AIDS symptoms are identified. The causes of AIDS, its development in HIV-infected people, therapies are still under study. Today there is scientifically confirmed information about the methods of infection, the stages of development of the syndrome and methods of prevention.

The human immunodeficiency virus was isolated from a patient’s lymphocytes in 1983 by a group of scientists led by Luc Montagnier. At the same time, a similar virus was obtained in the US laboratory. In 1987, the disease was called “HIV infection.”

There are two virus serotypes: HIV-1 and HIV-2. The first type plays the most significant role in an infectious pandemic. HIV infection is a systemic disease of the body that provokes a gradual decline in the general immunity of a person. With a decrease in immunity, the body can not resist the effects of numerous pathogens and fight the development of malignant tumors.

The main diseases that occur in the body of an infected person can also affect healthy people, however, the dynamics of their development is much more restrained. Some diseases (the so-called opportunistic diseases) arise exclusively from immunodeficiency against the background of HIV infection, since normally they are hampered by immunity.

Why is HIV infection incurable?

The causative agent of HIV infection after penetrating the human body is not yet possible to destroy. Also, despite numerous studies and programs, an effective vaccine against HIV has not been created yet.

This phenomenon is associated with a high ability of the virus to genetic variation: the microorganism changes at the same time as the immune system begins to produce antibodies. Moreover, if a virus infected with one strain has a secondary infection with a virus with an altered genotype, two strains “carry out” recombination, exchange of blocks of genes, which leads to the appearance of superinfection. The third reason for the resistance of the virus to the effects of drugs – the ability to “hide” in the intracellular space, turning into a latent form.

It is possible to get AIDS only if you are infected with HIV and the body reacts accordingly to the pathogen. Despite the popular view that only a drug addict or a homosexual person can get AIDS, this has long ceased to correspond to the real situation. HIV infection no longer serves as a marker solely for drug use, the presence of promiscuous heterosexual and homosexual relationships: the prevalence of the virus is detected among various social strata of the population, age groups regardless of sexual preferences and harmful addictions.

According to the World Health Organization, about 80% of new HIV infections were detected in Eastern Europe, 18% in Western European countries, 3% in Central Europe.

At the same time, the routes of infection differ by territorial basis: in Europe in the first place (42%) are homosexual sexual contacts with a slight advance over heterosexual ones (32%), infection among drug addicts does not exceed 4%.

As the statistic says, the most usual way of HIV transmission is any type sexual contact with infected person. If the carrier of the infection follows the rules of specific therapy, the probability of infection is 1%.

Traumatic sexual contacts, in which the formation of cracks on the mucous surfaces, as well as the presence of erosion, damage to the internal and external integuments with existing diseases, increase the likelihood of infection. In women, the virus is present in the blood, vaginal discharge, in men – in the blood and semen. Infection when blood particles or other biological fluid containing an infectious agent enter the body of a healthy person also occurs during invasive procedures, most often associated with the use of reusable syringes without appropriate treatment. It is also likely to get infection during medical, dental manipulations, visits to nail salons, tattoo studios and other places where the instrument may intentionally or accidentally come into contact with an infected surface. Before the introduction of control of donor fluids (blood, plasma) and organs, there were cases of infection from the donor to the recipient.

Vertical infection is called transmission from mother to child during gestation, during labor or during breastfeeding.

There are no other ways of infection that are not related to blood contact, vaginal secretions or semen. The infection does not spread when using the same dishes, hygiene items, visiting pools, bathrooms and toilet rooms, is not transmitted through blood-sucking insects, etc. The human immunodeficiency virus is extremely unstable in the external environment and quickly dies outside the body.

The disease, AIDS syndrome develops as a late complication of HIV infection. Immediately after infection, during the incubation period (an average of 3 weeks – 3 months), no symptoms and manifestations are observed, although antibodies to the causative agent of the disease are already beginning to develop.

The stage of primary manifestations, replacing the incubation period, may also be asymptomatic or appear as an acute HIV infection, which depends on the general health of the person and the state of his immune system.

The clinical picture of the manifestation of the disease is quite extensive. The first symptoms may include:

Similar symptoms, including all the above manifestations, are observed only in 15-30% of patients, in other cases 1-2 symptoms occur in different combinations.

Next comes the latent asymptomatic stage, the duration of which ranges from 2-3 to 20 years (average 6-7 years). At this stage in the blood there is a significant decrease in the number of lymphocytes. The fall in the level of lymphocytes, indicating that severe immune deficiency has begun, can lead to a stage of secondary diseases. Among the most common are:

The next stage, terminal, is characterized by acquired immunodeficiency syndrome or AIDS. At this stage of AIDS, severe symptoms lead to the destruction of the vital systems of the body. This stage is lethal, despite active antiviral therapy.

Modern drugs can extend the stage of infection and more effectively deal with opportunistic and common infections that lead to the death of patients.

A diagnosis is never made on the basis of the symptoms of AIDS or other stages of HIV infection. However, the disease can be suspected by the following diagnostic features:

Confirmation of the diagnosis is performed using two tests: a screening test (the ELISA test is most common) and a confirmatory test that evaluates the presence of the virus and viral load.

The basis of therapy is the control of the reproduction of the virus and the treatment of associated diseases. By following the appointments of specialists and taking modern drugs, it is possible to curb the development of HIV infection.

Treatment should begin immediately after diagnosis. Russia has established centers for the treatment and prevention of HIV infection, in which drugs for HIV-infected people are prescribed and issued. Additional treatment is aimed at combating cancer and opportunistic infections resulting from reduced immunity and stimulation of the immune system.

Preventive measures consist in the observance of safety measures during sexual intercourse, medical and cosmetic procedures, regular blood tests for infection and compliance with the appointments of specialists.

How to recognize and treat bronchitis?